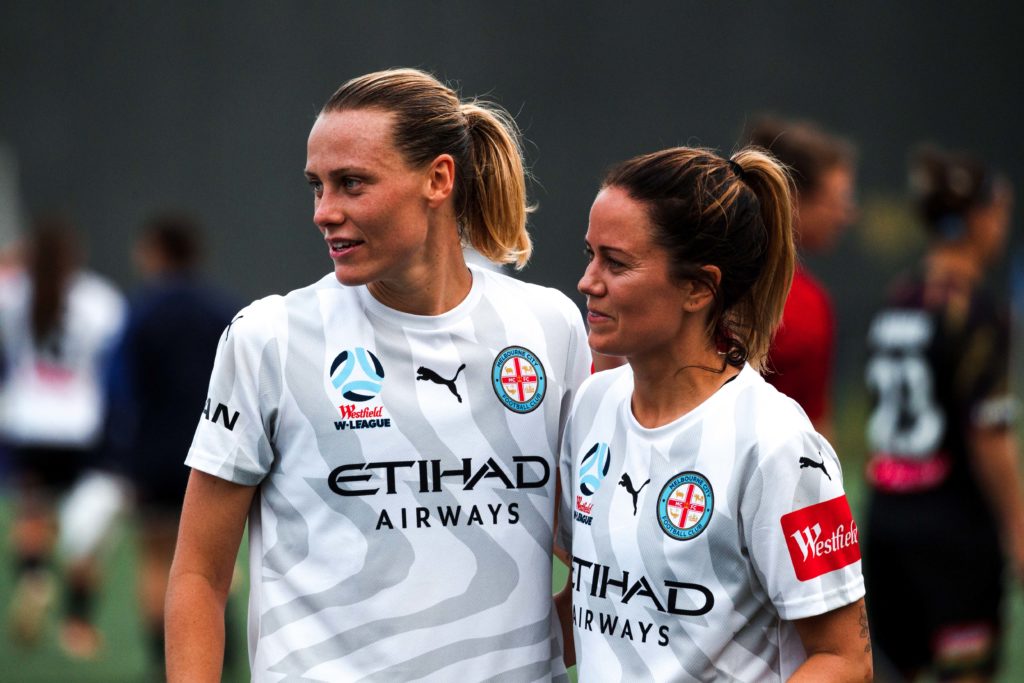 Here are the Week 13 highlights from the Westfield W-League in Australia, as Melbourne City clinched the Premiership title after a 4-0 win over Western Sydney. Next week, in the final round of the regular season, Sydney FC and Melbourne Victory will meet to determine who will finish second in the league and host the other semifinal, with Sydney needing just a tie while Victory needs to win to leapfrog Sydney.

These two teams could very well face each other again in the semifinals in mid-March. Slumping Western Sydney Wanderers are fourth but must travel to face red-hot Perth, where a win ensures their first ever playoff berth. If the Wanderers tie and Brisbane Roar manages to defeat Melbourne City away, then the final spot will come down to goal difference, with the Roar holding a slight advantage currently (+5 to +3). A Roar tie or loss sends the Wanderers to the postseason and depending on the result in the Sydney FC-Victory match, the Wanderers could still sneak back into third place.

Australian international Ellie Carpenter (on loan from the Portland Thorns) scored twice in Melbourne City’s resounding 4-0 defeat of the Western Sydney Wanderers in Sydney on Feb. 20 to help clinch the Premiers Plate for City as regular-season champions. Carpenter’s first goal in the 30th minute was a pinpoint shot into the far lower corner with her left foot as the right winger dribbled diagonally near the top of the box.

On a night when the entire City squad was fantastic, Carpenter also won eight of 10 duels with opponents, had one interception and two crosses, with the brace being her first goals of the season. While City celebrated the title, their second Premiership — along with three Grand Final wins — in only their fifth season in the league, the home side Wanderers are slipping badly as the season draws to a close, losing their third straight match and fourth in five games. The early darlings of the season with their six-game unbeaten run to open the campaign have now fallen down to fourth place in the table and face a likely road game in the semifinals, which they have not yet clinched. The fourth-place finisher also has the extremely daunting assignment of facing City in Melbourne.

Weak foot? @CarpenterEllie hasn't got one 😎

American import Morgan Andrews (Reign FC) sent a scorching free kick from a few yards outside the penalty box into the top right corner of the net past Audrey Bledsoe (Washington Spirit) in the 41st minute to start Perth Glory on their way to a 2-1 upset over semifinals-bound Sydney FC on Feb. 22. Andrews added a second goal just before the hour mark to give Perth their third consecutive win of the season. Andrews has scored five goals and added one assist in those matches — with four goals coming in the last two games. Andrews now has six goals on the season, tied for third with Emily Van Egmond (Melbourne City) and just one behind Remy Siemsen (Sydney FC) and Natasha Dowie (Melbourne Victory), who joint lead the W-League with seven goals.

Westfield W-League free-kick of the season?

Save of the Week: Courtney Newbon, Western Sydney Wanderers

Nineteen-year-old goalkeeper Courtney Newbon, playing in only her fourth match of the season in place of injured starter Abby Smith (Utah Royals) — though Smith was on the substitutes bench — made seven saves to try to stem the Melbourne City attack which had 24 shots to only four for the Wanderers. Newbon’s best effort came from a flying save on a shot by New Zealand international Rebekah Stott in the 28th minute from outside of the penalty box. Newbon joined the side in late January from Sydney University’s NPLW state league team.

🔝 drawer saves in Round 1️⃣3️⃣

Honorable mention goes to Australian national team pool goalkeeper Eliza Campbell, who pushed a dipping ball to safety from a header by 19-year-old local Sydney area player Mackenzie Hawkesby, who was just a few yards out from the Perth Glory goal, in Perth’s resulting 2-1 upset of the reigning W-League champions on Feb. 22. Hawkesby has played five games in her first W-League season and played a role in the late second-half injury time own-goal by Perth’s Kim Carroll, which gave Sydney some hope of sharing the points. Campbell finished with three saves, having been on the bench through injury in her club’s two previous matches — both wins by backstop goalkeeper Morgan Aquino — who was a late scratch as starter by Glory head coach Bobby Despotovski.

New Zealand international Annalie Longo scored the first two goals in Melbourne Victory’s resounding 7-0 away win over Newcastle Jets on Feb. 23, both coming within the first 7 minutes. Longo scored her first from just in front of the goal on an assist by Australian international defender Jenna McCormick. The Football Ferns veteran neatly nodded the ball into the net with her back to goal in the 3rd minute. She then dribbled into the box and patiently waited for her opening before slotting the ball into the goal past Jets goalkeeper Claire Coelho in the 7th minute. Longo has been to one U-17 Women’s World Cup, two U-20 Women’s World Cup and four full Women’s World Cups, including last summer in France. The 28-year-old debuted with the national team at 15 years of age and has over 120 caps for New Zealand; she has only played outside her country twice, with Sydney FC earlier in her career and this season with Victory.

Fifteen current W-League stars will face Vietnam in the Matildas’ final step to make the Tokyo Olympics next month.

Matildas head coach Ante Milicic selected 15 current W-League members in his 20-member squad to face Vietnam in Newcastle on March 6 and away in Cam Pha stadium in Quang Ninh Province on March 11, with the winner of the two-leg final advancing to this summer’s Tokyo Olympic Games.

Five W-League sides are providing players, led by 2019/20 Premiership winners Melbourne City with six, Brisbane Roar has five, Melbourne Victory with two and one each is from Sydney FC and Canberra United. Four players are flying in from English FA Super League sides along with Emily Gielnik from Germany’s Bayern Munich. Three of the players from England started the season in the W-League, with only Sam Kerr and Gielnik not playing in the league at all in 2019/20, though they played with Perth and Melbourne Victory respectively last season. The full Matildas roster for the Vietnam series is as follows. 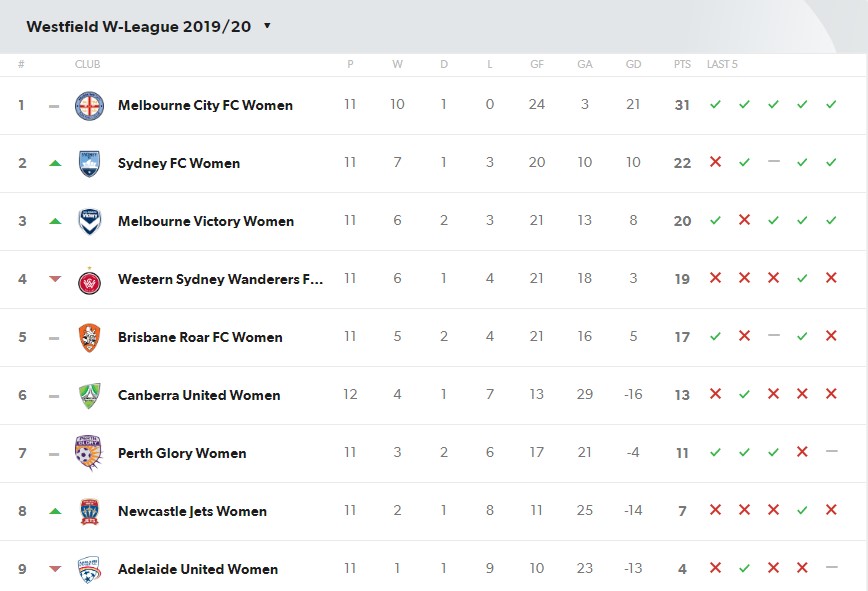