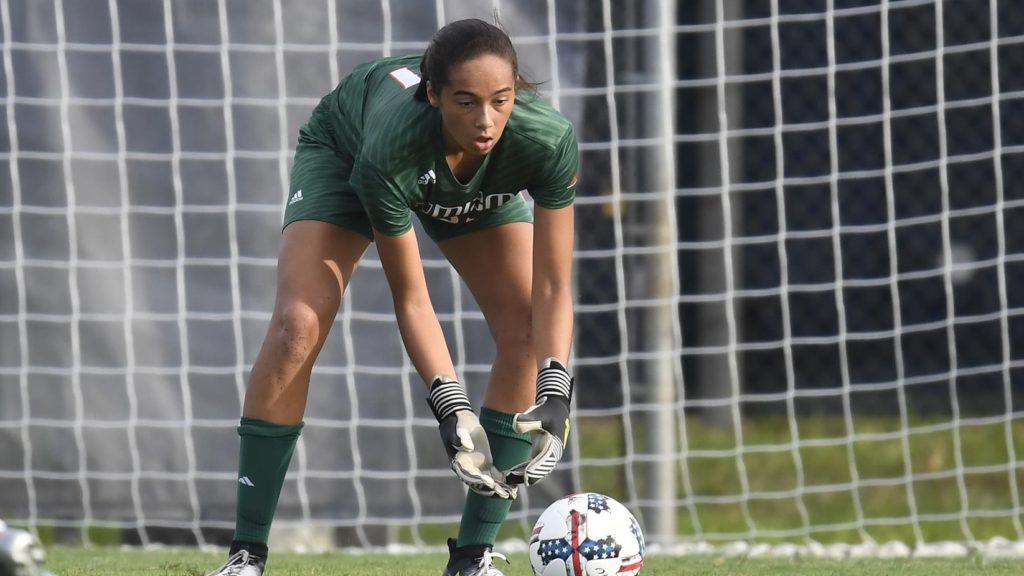 Thousands of Americans wandered the streets of Reims, France, this past summer, enjoying the open-air cafes along Place Drouet d’Erlon and visiting the historic cathedral Notre Dame de Reims only a few blocks away. Most of them were there to see the United States women’s national team play in the World Cup. The city hosted the U.S.’ opening game against Thailand and, two weeks later, its round-of-16 match against Spain.

However, for one American, the city is more than a tourist destination, or a place to see a game. For 23-year-old goalkeeper Phallon Tullis-Joyce, Reims is currently home.

The New York native is taking the road less traveled in her first steps as a professional soccer player. Following five years at the University of Miami, she knew it would be tough to get a real chance in the National Women’s Soccer League, where opportunities to earn starting positions in the net are few and far between.

So, although she did enter the 2019 NWSL College Draft, Tullis-Joyce also decided to start looking for opportunities abroad. That led her to a tryout for Stade de Reims at the same time NWSL teams were pouring over names on the draft list last January.

Still, when she originally left for France — with no contract in hand — she had no idea how long she’d be staying, or how much stuff to bring.

“The French are very direct people,” Tullis-Joyce explained to The Equalizer. “The coach [said], ‘Okay, you can pack your bags and you’ll have a one-week trial. You can either be staying for six months, or you can be released.”