The Lowdown: Asking for more as the eighth NWSL season inches closer 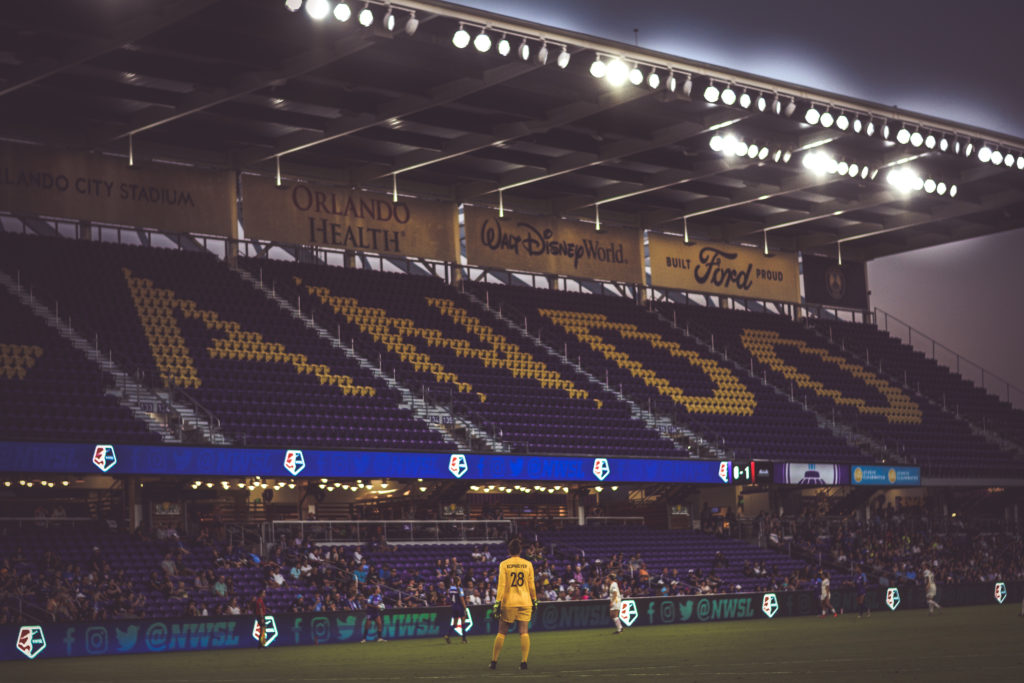 The National Women’s Soccer League finally released home openers for its nine clubs on Wednesday. As expected, the league will kick off season eight on April 18. That means the first tidbits of a schedule were announced a day shy of two months until opening day. And even in a leap year, one of those months is still shorter than all the others.

So, is it good news that home openers are announced or bad news that we’re going to get within eight weeks of matches without a complete schedule? Probably a little bit of both. But the home openers were always going to come out, and the schedule will be announced at some point soon. Neither are worthy of cheers just for their presence. The NWSL’s repeatedly slow pace at announcing anything remains a problem.

If you’re reading this, there is a better than likely chance you know the league pretty well and have already decided approximately how may games you’ll watch and attend in 2020. But what about the family that doesn’t yet read this column, or others like it? What about the family that has a sincere interest in attending NWSL matches but can’t get their hands on a schedule? In the world circa 2020, summer calendars fill up early and the target points for discretionary funds are not unlimited.

The WNBA spent a good part of its offseason smothered in critical labor negotiations and still managed to get a schedule out in mid-January. That is a league that competes with the NWSL and has several overlapping markets. Looking for a women’s sporting event to attend in Chicago? The Sky (WNBA) have had a schedule up and easily available for more than a month. The Red Stars now have a home opener and, as of yet, nothing else. The NWSL season starts nearly a month before the WNBA season.

I have generally gone easy on the NWSL scheduling process owning to stadium availability, travel arrangements, and countless other factors that most of us have no idea even exist. But this is year eight and it hasn’t gotten any better. This is year eight and stadium availability should be the same or better in every market. The process needs to improve.

In an entirely unrelated matter, or so it seems, the date that Amanda Duffy transitioned from NWSL president to executive vice president of the Orlando Pride passed over the holiday weekend without any acknowledgement. Finally on Tuesday, after some prodding, the league put out a mostly empty statement about the transition plan and commissioner search.

Let’s break down that statement. For starters, the league’s board established a transition plan but no one wants to say what it is. In other words, no one exactly knows who is calling the shots or at the very least who will be the spokesperson for the league — the same league without a publicly announced schedule, television deal, or preseason timeline.

As I have said in this space many times, a professional sports league is a public trust. As with any industry and business, some things will happen behind the scenes that will not and should not be shared. But the notion that the league president left and there is no publicly acknowledged face of that league amounts to professional malpractice.

As for the commissioner in waiting, the statement indicates that none will be announced for a few weeks, but also goes on to reference this future boss as “she.” Does that mean the new commissioner has been selected but for whatever reason won’t be able to take the reins — or even have her name unveiled — for a few weeks? Or does it mean that the candidates have been whittled down to a group that contains multiple candidates who all happen to be women?

Either of the above answers is acceptable, even if the first option seems a bit more far-fetched. But when a league has a history of promising good news only to hold its customers in a near constant state of hankering, it rings a bit like boilerplate hyperbole.

And don’t call us grumpy, we’re frustrated. We feel like we’re living in Groundhog Day. https://t.co/hFJ1SIV4Je

Finally, there is the matter of a television deal. There is a different tenor here than surrounds the schedule and commissioner search, or at least there should be. As first reported here, the NWSL is about ready to announce a partnership with CBS Sports to be the next television partner. These deals have more layers than an above-average wedding cake and many of them involve lawyers and technicalities. The important thing is that it happens. Better still would be a multiyear commitment so next offseason can be spent figuring out which games will be on national television and not which channel or streaming service they will actually be on.

I’m cautiously optimistic the CBS deal will be a solid one for the NWSL. I’d urge patience as we wait for the announcement and the finer details. But I understand why that’s a difficult trait to exhibit right now.

There are so many people trying to love and embrace the NWSL, but the league can often be a reluctant friend.

— I’m expecting at least one more blockbuster trade to be announced before preseason. Smart money says it goes down before the SheBelieves Cup.

— Speaking of the SheBelieves Cup, Allie Long and Morgan Brian just became two of the more intriguing players to watch early this NWSL season. When neither made the Olympic qualifying roster, U.S. coach Vlatko Andonovski said he gave them both things to work on in their club environments. He stuck to that by leaving them off the camp list for SheBelieves, even though he’ll get to take 23 to that tournament (26 were invited to camp) as opposed to 20 for qualifying.

— Jordan DiBiasi was among those called into SheBelieves camp. She’ll be a long shot to make the 23 but the experience should have her sharp for the start of the Spirit season.

— Retirements are rolling in. The latest is Sydney Miramontez, who has been a backup defender for the Royals and, before that, FC Kansas City. With Becca Moros gone and the duo of Becky Sauerbrunn and Kelley O’Hara both likely headed for Tokyo, the Royals are suddenly quite thin in back.

— Sky Blue FC announced Ed Nalbandian as the latest member of the club’s ownership group. Nalbandian is a former president of Avaya Services and has worked for several tech giants during his career. A Bloomberg profile already lists Sky Blue FC among his board memberships. Nalbandian will be the vice chair of the club. Tammy Murphy is the chair. The news is fabulous on multiple levels. The obvious one is that it should allow the team to invest more money in a variety of areas. But it also signals a bit of stability for the long-struggling franchise who as recently as 11 months ago were not likely at all to be in a position to add any additional capital to the existing ownership group.

The latest: Manchester City hosts Chelsea Sunday in the match of the year in Europe to date. Man City lead by a point but Chelsea has a match in hand and has yet to taste defeat in the league this season. Also this weekend Arsenal-Reading has been postponed.

The latest: Lyon put eight behind Marseille in their last match, aided by braces by Wendi Renard and Dzsenifer Marozsan. PSG beat Soyaux 3-0 meaning Lyon is now +8 on goal difference to their archrivals. And goal difference will play if PSG knocks off Lyon in their return match and neither team drops any oher points along the way.

The latest: Hoffenheim returned from the winter break with designs on puncturing Wolfsburg’s lead but found themselves behind 3-0 after 24 minutes on the way to a 5-2 home loss that left them six points adrift of the unbeaten leaders. Hoffenheim now lead Bayern Munich by a single goal in what could be a tense battle for second and a spot in the Champions League.

The latest: With Barcelona having a death grip on the title, there is an internal battle in the team for golden boot honors. Currently Jenni Hermoso’s three penalty goals are the difference have her in the lead, 20-17 over teammate Asisat Oshoala. Hermoso had a hat trick to Oshoala’s one in last weekend’s 7-0 thrashing of Sporting de Huelva.