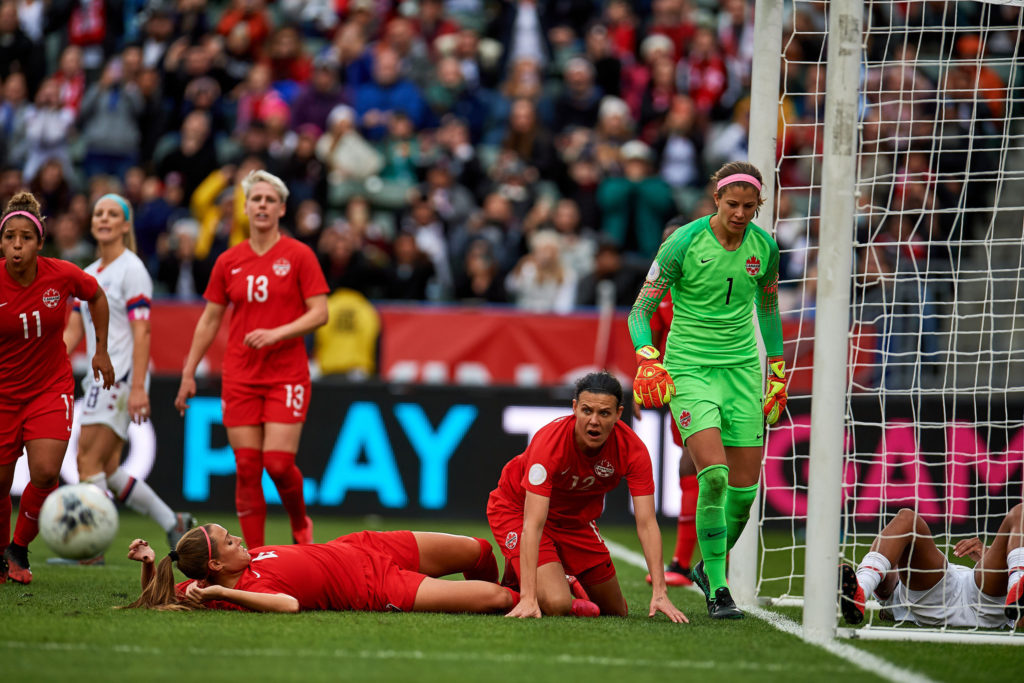 VANCOUVER, Canada — As the Tokyo 2020 Games draw near, Canada will be looking to earn a third consecutive medal at the Olympics. Canada earned bronze at both the 2012 and 2016 Olympics, but this year, they hope for a medal of a brighter color. History, and the tournament’s format, might be on their side.

The previous decade was full of optimism and high hopes for Canada as they prepared to host the 2015 World Cup. A quarterfinal loss to England burst those dreams of winning a World Cup on home soil. Canada rebounded a year later by winning a bronze medal in Rio.

Canada headed into the 2019 World Cup as a strong dark horse. As high as expectations were, Canada fell flat. They couldn’t score when it counted, and Sweden ousted the Canadians in a round-of-16 loss in Paris.

The Olympics, however, appear to be Canada’s bread and butter, having also earned a bronze medal in 2012 after a poor 2011 World Cup. Whether it’s a smaller roster size, a smaller field of participants, or the quick turnaround of matches, there’s something about the Olympic setting that makes Canada turn up and play to their full potential. Why there’s a dissonance between World Cup results and Olympic results remains a mystery.

“Where the women’s game is now, you have six or eight teams that can win,” Christine Sinclair explained to The Equalizer. “The U.S. is favored to win pretty much every tournament they enter. The game is changing.”

Access the best women’s soccer coverage all year long
Start your FREE, 7-day trial of The Equalizer Extra for industry-leading reporting and insight on the USWNT, NWSL and beyond.
Subscribe
Existing Users Sign In Here
Related TopicsCanadaChristine SinclairExtraFeatured