Solidarity or posturing? USMNT have a CBA to negotiate, too 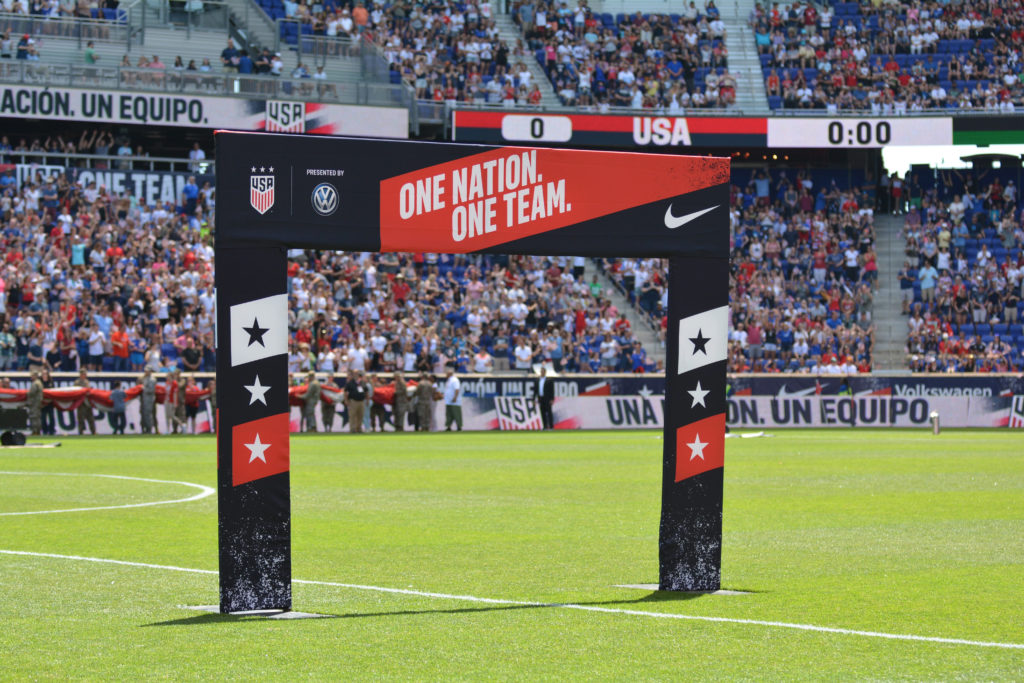 On Wednesday, the U.S. men’s national team called on the U.S. Soccer Federation to pay the women’s team “significantly more” in a seemingly scathing statement about the U.S. women’s national team’s current collective bargaining agreement which was signed in 2017 and runs through 2021. While the men’s team’s statement boasted some strong words against the federation, its contents may actually be the result of self-serving backtracking.

It is certainly understandable why the U.S. men’s team’s players union would not speak out on the women’s team’s equal pay lawsuit, seeing as they have been benefitting quite a bit financially from the current system. From a practical standpoint, it makes sense that the men would take a somewhat backseat position and not make much noise seeing as they have to negotiate with the federation themselves. Any lawyer would advise their client to protect their members’ best interests — in this case, continuing to benefit financially from the federation in spite of poor performance.

Initial reaction to the statement was largely one of solidarity. The men had finally come out in strong support of the women and they had done so in a manner that exposed the federation. That may be true, but upon closer examination, it’s fairly clear that the language used will benefit the men in their negotiating process going forward, too.

The statement notes that the men’s team rarely discusses CBA negotiations publicly, but have decided to now because the “federation has been working very hard to sell a false narrative to the public and even to members of Congress.” Up until this point, they’ve only issued statements and “appropriately left it to the USWNT players and their representatives to pursue their grievances.” Most men’s players have been noticeably absent from the conversation, something Ashlyn Harris and Ali Krieger recently called out.

Essential context here is that the men’s CBA expired at the end of 2018 and the players union has been operating under those same terms while a new agreement is negotiated. So, when the representatives of the men’s team say they are speaking out now in “hopes to create a better understanding and perhaps help bring about a resolution,” that resolution involves them, too.

By calling out the federation’s “monopoly control,” use of players name, image, and likeness for profit without consent — and detailing the disparity in revenue the Federation makes versus what the players make — the men are jockeying themselves into a position of being underpaid and undervalued just as the women are. Except for one thing: the men still earn more than the women. So, putting themselves in a position similar to the women being taken advantage of by U.S. Soccer does not make their statement an argument for equal pay; it’s a statement to pay the men, and the women while you’re at it.

Kelsey Trainor is a lawyer, producer, and writer who resides in New York City. She currently serves as in-house counsel for a national media company. Formerly, Kelsey worked for the hit CBS series Blue Bloods. As a two-sport collegiate athlete and former college coach, Kelsey writes for a number of publications regarding issues related to collegiate athletics, equality in sports, and more.

Kelsey will appear on next week’s regular EQZ podcast to discuss the equal pay battle at length. Tweet us your questions @EqualizerSoccer using #EQZPod.

Soccer Warz redux? What USL’s intentions could mean for the NWSL
The Equalizer Podcast, Episode 96: Explaining the USWNT’s Lawsuit