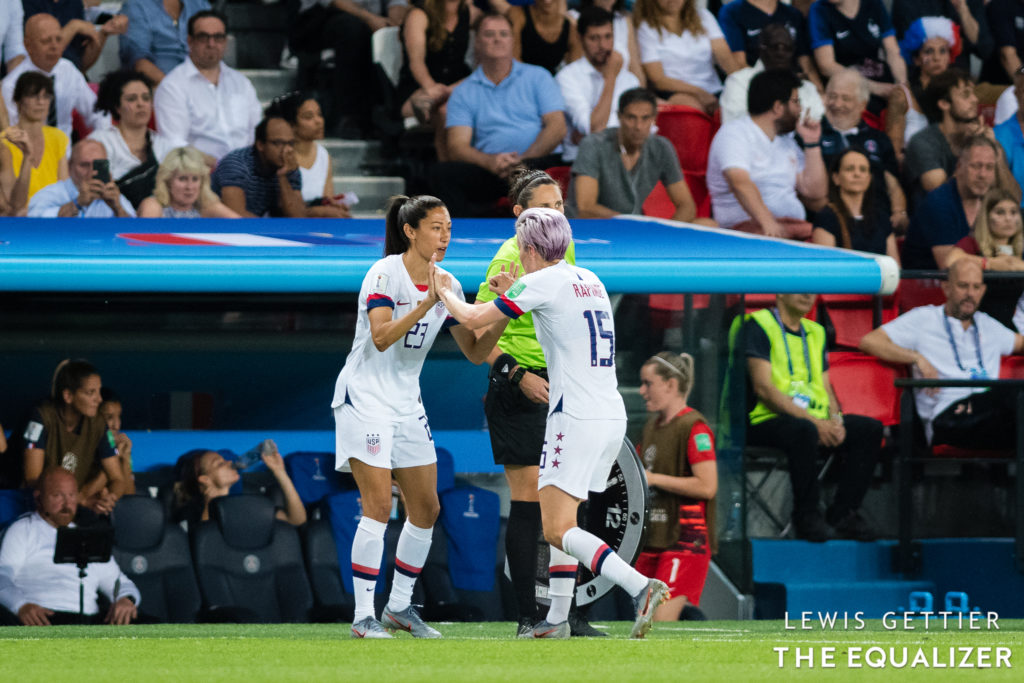 The United States women’s national team defeated Canada, 3-0, on Sunday in the final of the Concacaf Olympic qualifying tournament, extending its unbeaten streak to 35 games against their northern neighbors. Canada last defeated the U.S. in 2001.

Both teams had already clinched a spot at the Olympics coming into the match. Sunday’s game offered each a chance at its most competitive match of the tournament. The final score isn’t so indicative of how the bulk of the game played out, but it is another indication of the U.S.’ roster depth and ability to wear down teams.

One day, we’ll stop referencing ‘that Sweden game’ — and to be fair, the U.S. has evolved over the past four years and erased some of those demons. But Sunday’s match had shades of the 2016 Olympic quarterfinal. Canada, a good but not nearly as talented team, rolled out a tight defensive block which dared the Americans to do something creative enough to find a way through or around. For 60 minutes, the U.S. had no real answer.

Access the best women’s soccer coverage all year long
Start your FREE, 7-day trial of The Equalizer Extra for industry-leading reporting and insight on the USWNT, NWSL and beyond.
Subscribe
Existing Users Sign In Here
Related TopicsCanadaChristen PressEmily SonnettExtraFeaturedVlatko Andonovski