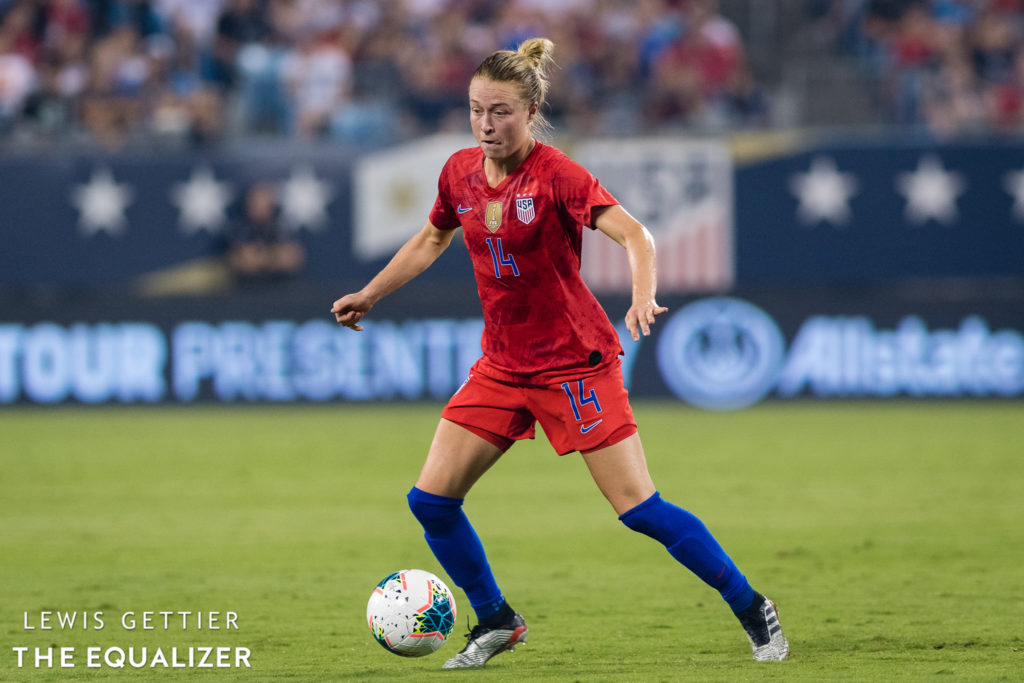 CARSON, Calif. — While the United States women’s national team is reticent to discuss the Olympics without officially qualifying first, there’s no doubt that the Concacaf tournament also serves as another testing ground for players for the main event.

The Olympics allow only 18 players per team — five fewer than World Cup rosters — and that places a premium on versatility. U.S. head coach Vlatko Andonovski has tinkered with his defensive unit thus far in qualifying, and that has included Emily Sonnett playing in all three group-stage games, starting the last two and rotating between multiple positions.

Sonnett is considered one of the bubble players fighting for a place on the condensed Olympic roster. The 26-year-old doesn’t have to look far for motivation.

“If I think about it, the Olympics four years ago, I was left off,” Sonnett told The Equalizer.

Access the best women’s soccer coverage all year long
Start your FREE, 7-day trial of The Equalizer Extra for industry-leading reporting and insight on the USWNT, NWSL and beyond.
Subscribe
Existing Users Sign In Here
Related TopicsConcacaf Olympic QualifyingEmily SonnettExtra