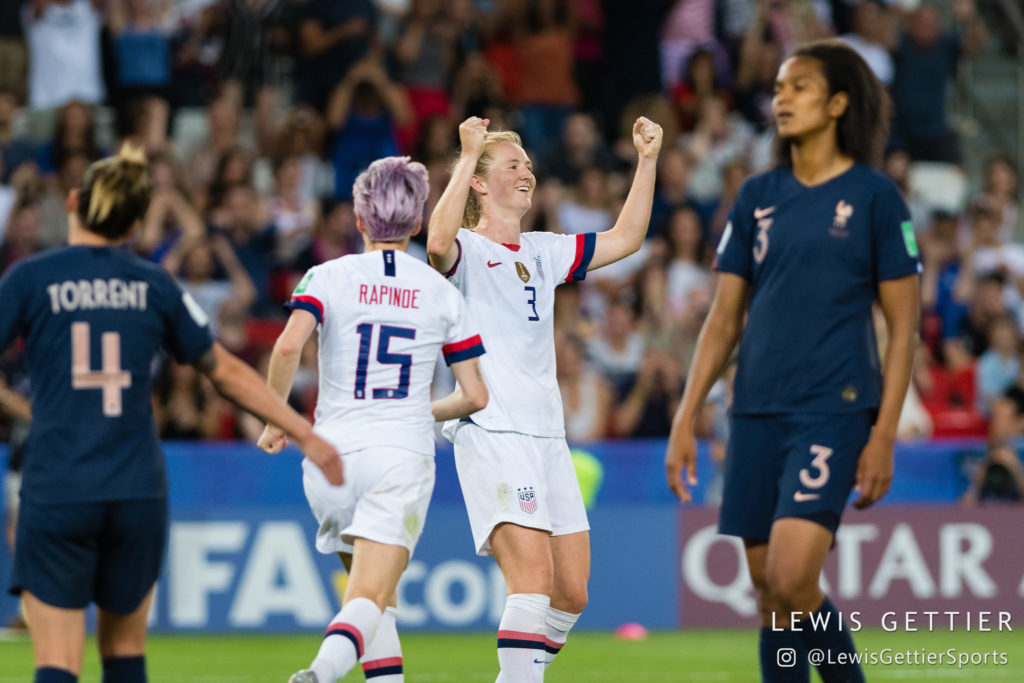 🌹 Rose Lavelle gets the #USWNT on the board early! She takes her shot right outside of the 18 and it's good! #USAvMEX | 1-0 pic.twitter.com/7TiOYEdbd4

Canada is also heading to Tokyo, as the Canadians have two bronze medals in the tournament.

The United States claimed victory in California on Friday night, with Sam Mewis leading the charge and scoring two goals to record a brace. Also finding the back of Emily Alvarado’s net were Rose Lavelle and Christen Press. Press, who came on as a substitute in the 68th minute, scored five minutes after entering the match. The tally now totals six-straight matches where Press has an international goal.

The United States were subdued a bit in the first half, with Mexico keeping the United States at bay for about 30 minutes. However, Mexico could not capitalize on their six shots, with only one going on frame to position Alyssa Naeher to make a save. Meanwhile, in net for Mexico, Emily Alvarado kept busy, making seven saves.

There’s one more match left in the official Olympic Qualifying tournament. However, the two teams are set in stone for the Olympics. Canada and the United States will face off for the top spot in the qualifying tournament on Sunday. The match will begin at 6 p.m. EST.

Jordyn Huitema‘s bizarre goal was all Canada on Friday in a 1-0 win over Costa Rica which qualified the Canadians for the 2020 Olympics.

The 18-year-old Huitema broke the deadlock in the 72nd minute, tucking away her own rebound after her initial shot on an empty net bounced off the far post and came right back to her.

Jordyn Huitema scores a BIZARRE goal and Canada takes a 1-0 lead deep into the second half. pic.twitter.com/BAKtSa6qzF

Canada coach Kenneth Heiner-Moller tinkered with his formation throughout the match, oscillating between a three-back and a four-back as Canada struggled to break down Costa Rica’s shape. They eventually did thanks to substitute Deanne Rose getting in behind and finding Huitema.

Huitema’s follow-up shot was the only of the match that Canada managed to put on target.

Costa Rica is eliminated from Olympic contention. Las Ticas have never played in the Olympics for women’s soccer. Canada won the bronze medal at each of the past two Olympic Games.