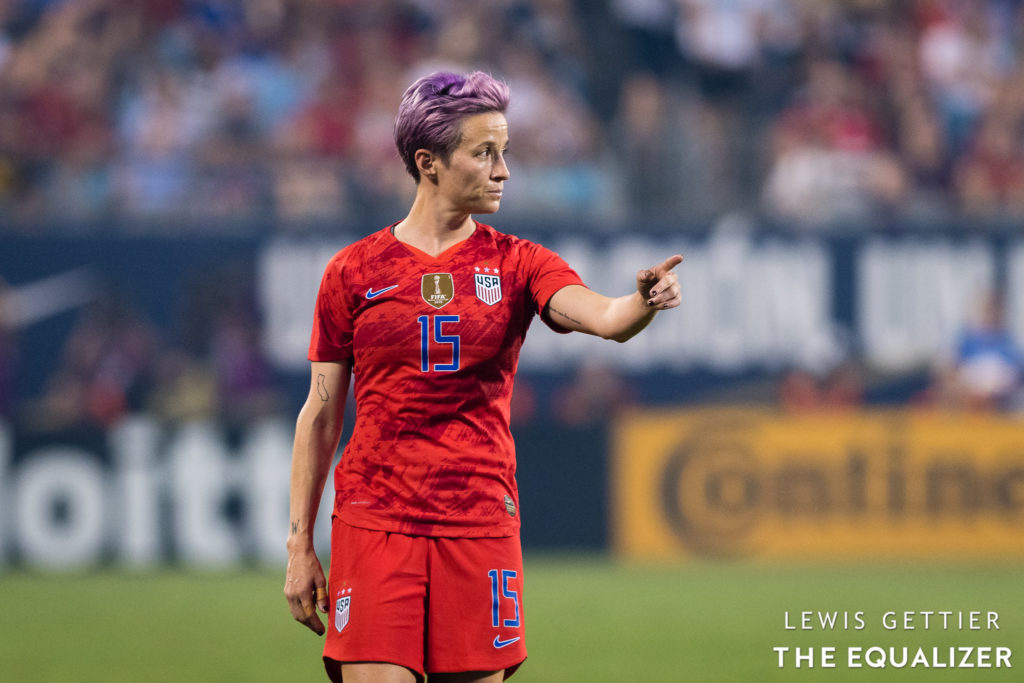 There’s been little talk about the United States women’s national team’s equal pay lawsuit during Concacaf qualifying, but before the team seeks gold on the field in the 2020 Olympics, they will face their biggest trial off the field with a May trial date looming between the players and the federation.

In the latest update in Alex Morgan v. United States Soccer Federation, U.S. District Judge Gary Klausner issued an order allowing players not currently in the case to be notified via email of their opt-in status. The Jan. 28 order extends the deadline for additional players to opt-in to the equal pay lawsuit, most notably Hope Solo, Abby Wambach, Heather O’Reilly, and Sydney Leroux.

In November, the players won their pre-trial fight for class certification, meaning that more players could opt-in to the case and jump into the same position as players already involved. This is limited to their claims under the Equal Protection Act (EPA) and Fair Labor Standards Act (FLSA). Essentially this allows all U.S. women’s players who have been members of the team at any time from June 11, 2015 to the present time to be a part of the lawsuit, and if they win, to be eligible for back pay and other monetary damages.

Following class certification, player’s attorneys physically mailed forms to opt-in players who would fall under the new class. These mailings were done based on a list and names provided by U.S. Soccer. However, at least 12 of the notices were mailed back to U.S. Soccer and many of the addresses were incorrect, according to a motion filed Jan. 23 by the players. The motion asked the court to allow notices to opt-in players to be sent via email or text message.

This is where it gets interesting. According to emails attached to the motion, U.S. Soccer was fine with email notices being sent out to most of the opt-in players — including Wambach, O’Reilly, Leroux, and Lynn Williams — but they had one exception: Hope Solo. U.S. Soccer’s attorney stated that Solo “has been represented by counsel in many depositions and in some court proceedings and thus is fully aware of this case.”

Unable to resolve their differences, the players filed a motion with the court to decide. The court issued an order on Jan. 28 allowing opt-in notices to be sent to 11 players, Solo included, and their deadline to opt-in is set at March 30, 2020.

Solo has her own equal pay lawsuit against U.S. Soccer pending in the Northern District of California, one which the federation tried to get dismissed. When Morgan, Megan Rapinoe and the other 26 players filed their lawsuit in March 2019, a motion was made to consolidate the two cases, but it was denied by the judge in the case. When Solo attempted to intervene legally in the mediation efforts between the 28 U.S. players and U.S. Soccer, the players strongly objected, stating in their motion:

“The Morgan Plaintiffs are all World Champions who have proven that they bow down to no one and are relentless advocates of equal pay. They would only propose a class settlement if they believed it achieved their equal pay objectives under the law and was in the best interests of the class, a determination that would then have to be approved by Judge Klausner for any settlement to go into effect. With all due respect, they do not require Solo’s assistance to achieve these objectives.”

Given Solo’s prior legal troubles, including domestic violence charges that were eventually dropped by prosecutors in Washington State, and the apparent contentious relationship with some of the current U.S. players, her appearance in the new equal pay lawsuit may not be an ideal scenario for some of the U.S. players. Solo filed a motion for sanctions asking for attorney’s fees based on the above quote from the U.S. players, arguing that her reputation had taken a hit in the perception of the public. In spite of the common goal of equal pay, if the relationship between Solo and other U.S. players remains strained, it could be problematic moving forward.

Solo also gains an advantage by being included in the players’ class lawsuit, in that her own case is scheduled for trial on Oct. 19, 2020, well after the Morgan et al. May trial. Given that Solo’s case also focuses on similar violations of discrimination and equal pay violations by US Soccer, any decision by the court could have a precedential effect on Solo’s case, meaning that if a court decides as a matter of law that U.S. Soccer’s policies violate the EPA, that decision could stand in Solo’s own case. The Equalizer reached out to Solo’s attorney for comment but received no response as of the time of publishing.

The parties are still in the discovery phase of the case, meaning the sides are exchanging information with each other related to their claims. As of now, the trial is set for May 5 with discovery set to end April 20. However, a Jan. 31 filing notes outstanding discovery issues, such as the deposition of certain players that has yet to occur. U.S. Soccer has requested to depose Meghan Klingenberg, Jessica McDonald and Sam Mewis after the close of discovery and scheduling issues exist due to the latter two actively participating with the U.S. national team.

No major roadblocks seem in place to prevent the May trial date from happening, but setbacks and the unpredictable cannot be ruled out. Neither can settlement; in spite of discussions between the two sides breaking down last year, Judge Klausner’s order granting class certification certainly noted holes in U.S. Soccer’s defense.

Kelsey Trainor is a lawyer, producer, and writer who resides in New York City. She currently serves as in-house counsel for a national media company. Formerly, Kelsey worked for the hit CBS series Blue Bloods. As a two-sport collegiate athlete and former college coach, Kelsey writes for a number of publications regarding issues related to collegiate athletics, equality in sports, and more.

Lauletta: On Christen Press and the impending pressure
Qualifying in the Americas doesn’t have to be a self-fulfilling prophecy