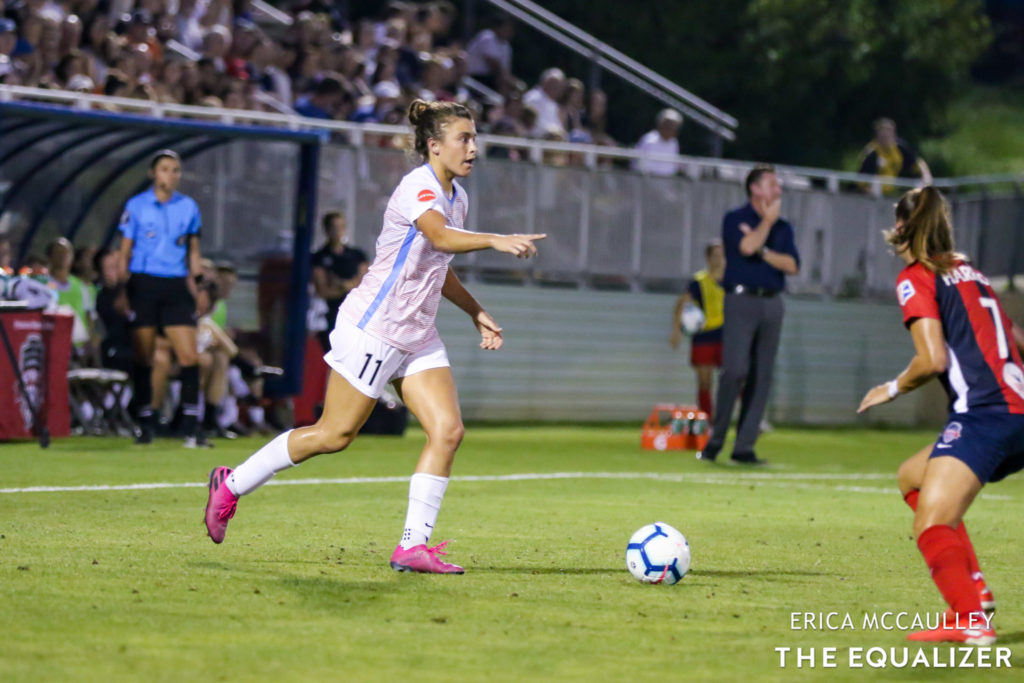 Multiple sources tell The Equalizer that the Houston Dash are trading Sofia Huerta and Amber Brooks to Reign FC in exchange for Shea Groom, Megan Oyster, and a conditional second-round pick in the 2022 National Women’s Soccer League College Draft. The Athletic’s Meg Linehan first reported the trade on Twitter.

Huerta is leaving Houston after a year and a half with the team, following three and a half years with the Chicago Red Stars. She registered 10 goals with the Dash through 36 games.

Brooks spent four years in Houston, playing primarily as a center back in recent seasons, and earning 91 appearances with the club. She has previously played with the Reign when they were based in Seattle.

Groom is leaving the Reign after only one year, and recorded two goals in the 2019 campaign in 16 games. She had previously played for Sky Blue and FC Kansas City.

Oyster played two years with the Reign, picking up 41 appearances over the past two seasons, after playing one season with the Boston Breakers and two with the Washington Spirit.

More on this to come, including analysis in our Transaction Tracker.