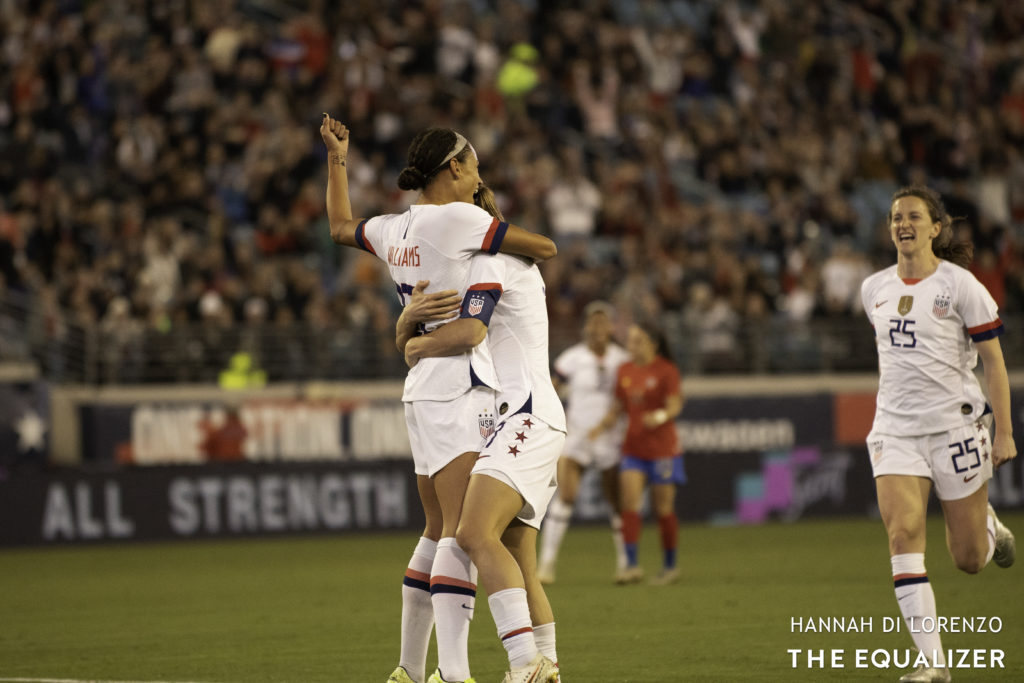 The United States women’s national team defeated Panama 8-0 on Friday in Olympic qualifying group play to book a trip to the all-important semifinals. Concacaf’s official stats list the final shot tally as 34-0 in favor of the United States.

If you want some deep analysis of a game like that, I’m going to go ahead and send you somewhere else. Instead, here are three wider talking points from the night and the tournament so far, with the granted concession throughout that this game is not a referendum on anything but the perennial gap in Concacaf competition.

It was good to see Andi Sullivan play 90 minutes

John Halloran wrote a great feature on An Sullivan earlier this week in which she talked about being in a dark place with the game not long ago. Her 2019 National Women’s Soccer League season with the Washington Spirit was among the best individual performances in the league and put her in the top five of my MVP ballot (even if Sam Kerr and Debinha had much stronger cases). Now, she’s playing in her first competitive tournament with the senior team as a reward.

Access the best women’s soccer coverage all year long
Start your FREE, 7-day trial of The Equalizer Extra for industry-leading reporting and insight on the USWNT, NWSL and beyond.
Subscribe
Existing Users Sign In Here
Related TopicsAndi SullivanExtraFeaturedLynn Williams