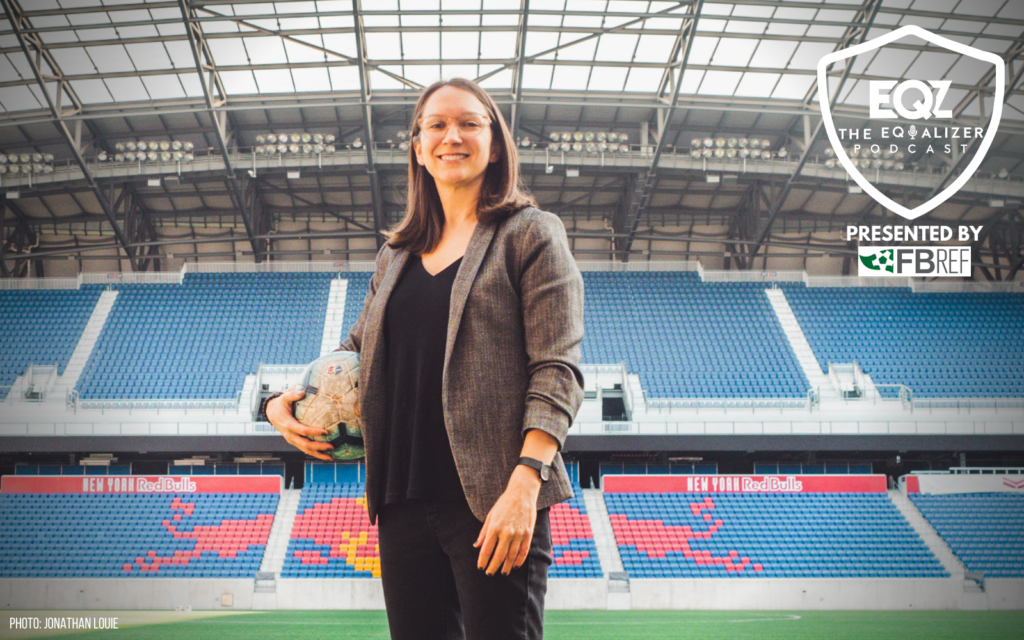 Sky Blue FC has undergone an immense makeover on and off the field. A year after their top two National Women’s Soccer League draft picks declined to play for them, they were the talk of the league on 2020 draft day, acquiring United States international Mallory Pugh via trade. Off the field, Sky Blue’s move to Red Bull Arena fully ushers in a new, more professional era for the team. General manager Alyse LaHue has been at the forefront of this overhaul. She joined EQZ founder Jeff Kassouf on Podcast Row in Baltimore to discuss the club’s transformation.

Special thanks to our podcast sponsor, FBref.com, where you can find comprehensive NWSL and women’s soccer statistics. Each episode, we bring you the FBref.com Stat of the Week. Keep up with the latest NWSL scores, stats, leaders, and more on FBref.com. FBref is a soccer stats website from the people who created Baseball and Basketball Reference, covering the beautiful game in 46 countries and six languages. Check out our comprehensive NWSL coverage and follow along with all of this season’s action on our site!

Subscribers of The Equalizer Extra can listen to the ad-free version below:

The promise of thrill on the field has turned to chaos off it for Asia’s Olympic qualifying
Three thoughts on USWNT 8, Panama 0: Williams, Sullivan getting fair shots