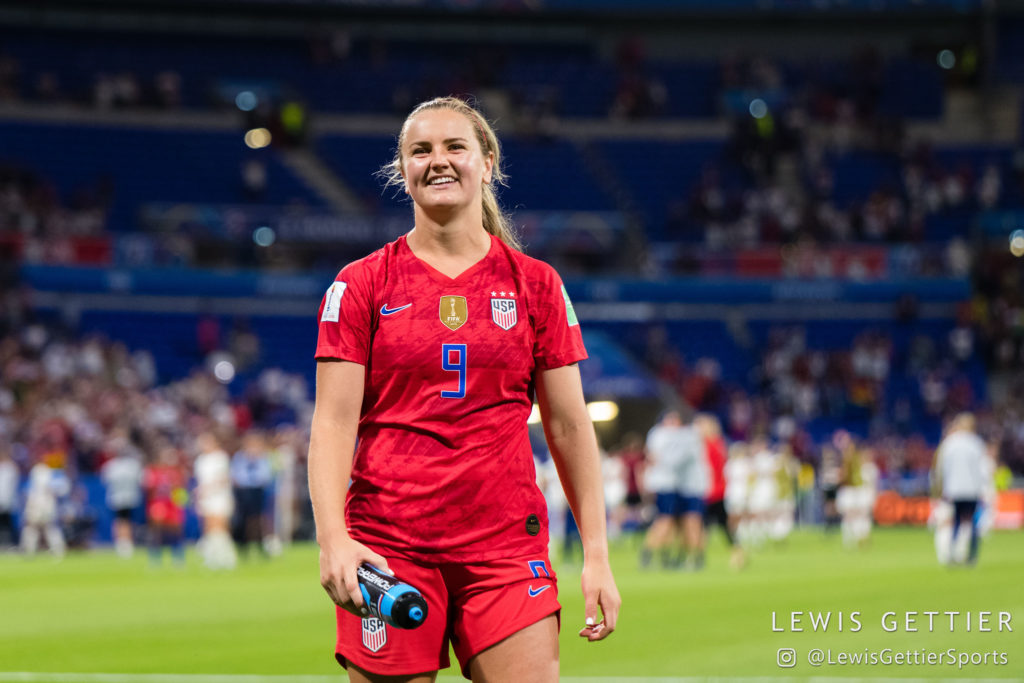 The United States defeated Panama, 8-0, on Friday in Houston to clinch a spot in the semifinals of Concacaf Olympic qualifying. The Americans will play Costa Rica — which defeated Haiti, 2-0 on Friday to also clinch a semifinal berth — on Monday in the final group-stage game. A win or draw on Monday will see the U.S. win the group.

Lindsey Horan recorded her first-ever international hat trick in the match. She scored the first goal of the match and ended the evening with the final goal. Meanwhile, also finding the back of the net for the United States were Lynn Williams, Rose Lavelle, Christen Press, Tobin Heath and Jess McDonald.

It's another early lead for the @USWNT! 🇺🇸

Easy work for @LindseyHoran after Panama's keeper spills it. pic.twitter.com/V9CpEgm2Zr

Heath’s goal came moments after entering the match. She faked goalkeeper Sasha Fábrega, who entered the match in the first half for an injured Yenith Bailey, and put the ball in Panama’s net.

Panama have found themselves on the outside looking in on a qualifying spot or a semifinal spot. With Costa Rica’s win earlier in the evening, they have registered six points, just like the United States. Both teams will head to the semifinals, while Panama and Haiti each have zero points.

Rose Lavelle scores her first international goal since that goal in the World Cup final 😍 pic.twitter.com/xEoYcuoQ0q

Meanwhile, for the United States, Vlakto Andonovski changed up his lineup. Starting in goal was Ashlyn Harris, who was hardly tested against Panama. Harris made her 24th international appearance. Meanwhile, starters like Abby Dahlkemper, Kelley O’Hara and Carli Lloyd took to the bench. Dahlkemper did make her way into the match in the second half.

On Monday, Costa Rica and the United States will compete to see who will top the group. Both teams are confirmed for the semifinals with two wins and six points in the standings.

Costa Rica booked a berth in the semifinals with a 2-0 victory over Haiti on Friday in Houston. Midfielder Raquel Rodriguez scored both goals in the second half to power Las Ticas to victory.

Rodriguez opened the scoring in the 57th minute with a wonder header from close range and added her second goal nine minutes later.

Haiti was officially eliminated from knockout-round contention with the loss. The young Haiti team played Costa Rica tight for most of the night, three days after a valiant effort in a 4-0 loss to the United States.

The promise of thrill on the field has turned to chaos off it for Asia’s Olympic qualifying
Three thoughts on USWNT 8, Panama 0: Williams, Sullivan getting fair shots