The Lowdown: What the NWSL teams might do next 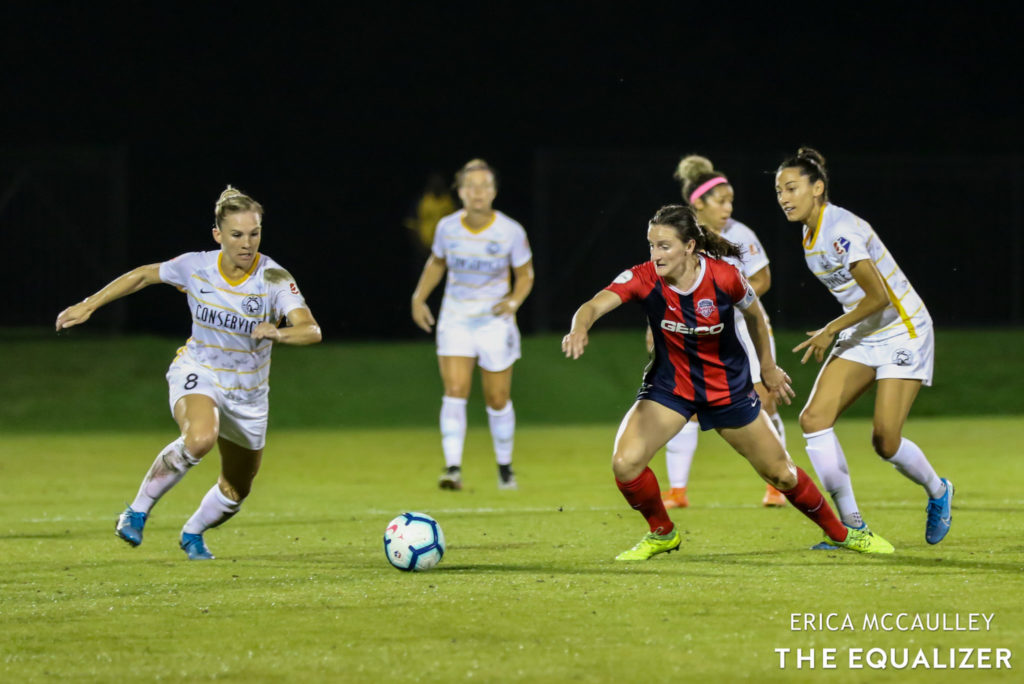 The 2020 National Women’s Soccer League College Draft is behind us and when the calendar turns to February on Saturday, we will be just over a month out from the start of preseason. Some teams have spent the offseason overhauling their rosters. Others have suggested that big moves may still be on the way.

Here is a look at each team, what they’ve done, and what they still might do.

Biggest moves so far: There likely won’t be a bigger move than saying goodbye to Sam Kerr, a move that was out of the Red Stars’ hands. In an effort to replace her scoring, they have added a small committee of secondary scorers including Makenzy Doniak, Kealia Ohai and Rachel Hill. They also maneuvered around the draft, trading out of the first round while picking up allocation money and some extra picks in 2021 while still nabbing their top two defensive players in the 2nd round.

What’s left to do: More of the same. The biggest needs were addressing things up top and shoring up the defensive depth since there remains a chance that three starters back there plus Alyssa Naeher will be on the Olympic roster. Not expecting anything else significant but there have been bigger surprises.

Biggest moves so far: Trading Kealia Ohai to the Red Stars. That trade, at Ohai’s request, shook the foundation of this team. She has been the centerpiece of things on and off the field since being the franchise’s first draft pick six years ago. The big addition in the trade was Katie Naughton, who for the moment will play central defense with Amber Brooks.

What’s left to do: The Dash can still be better on every line. Not where you want to be when you’re 0-for-6 making the playoffs and have barely six weeks to get situated for preseason. The Dash are one of the teams whose radar is up for post-draft moves, but they’ll need something special to morph into contenders. They specifically need help and depth in the back unless they believe Naughton is ready for a bounce-back, breakout season to become the leader they have lacked since Whitney Engen was traded.

Who got the better of the Kealia Ohai-Katie Naughton trade?

Biggest moves so far: The champions moved on from McCall Zerboni, who had been a pillar of the organization since being re-acquired in the summer of 2016. It was a good move, though. Zerboni had dropped out of the starting lineup during a strange 2019, and the return was the rights to Hailie Mace, who the team has since signed to a contract for 2020. At one time, Zerboni’s mentality was considered vital to the Courage’s success, but they should be able to carry on just fine without her.

What’s left to do: The Courage are still be best team in the league and you can argue the margin has grown this offseason. Any moves from here would likely be to add some depth. Lynn Williams played well enough for the United States against Haiti on Tuesday night that she should be on the radar to make the U.S. Olympic roster. At the same time, is there a scenario in which Williams and Jess McDonald get to Tokyo? Losing Zerboni will cost them valuable midfield depth.

Biggest moves so far: The Pride entered the offseason with the No. 1 pick, could have lost it had the league expanded, and ultimately wound up trading it to the Portland Thorns. To show for it, they got a pair of picks downdraft (Nos. 7 and 14) plus Emily Sonnett and the rights to Caitlin Foord, who just signed for Arsenal. They later moved other assets including allocation money and their 2021 first-round pick to move back up to No. 3, where they gleefully drafted Taylor Kornieck.

What’s left to do: The Pride should be mildly better than they were in 2019, but there is still a long way to go. Will they use allocation money to nab an international who can contribute? Will they move Alex Morgan to a team that could use her to contribute late in the season? 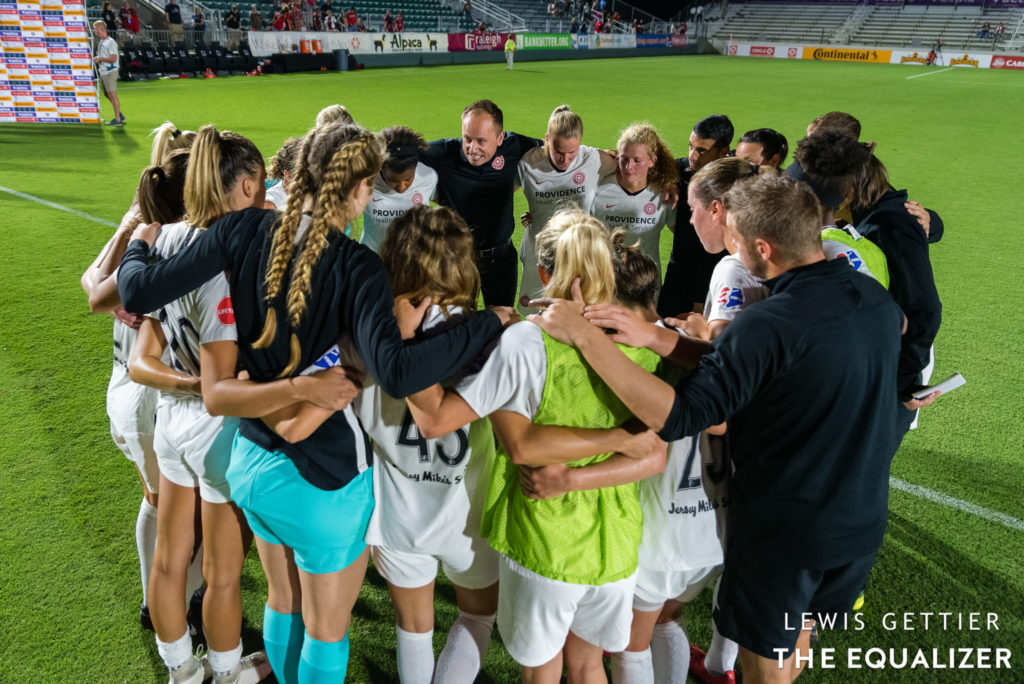 Biggest moves so far: The Thorns crash-landed to the end of 2019 and have made several moves in an effort to change things. Most notably they moved around several parts to wind up with the first two picks in the draft, using them on Sophia Smith and Morgan Weaver. The club also parted ways with their Australians, Foord and Hayley Raso, and moved Sonnett in the deal to acquire the No. 1 pick.

What’s left to do: Two words. Kadidiatou Diani. She has been strongly linked to a move to Oregon that would include allocation money. Stay tuned.

Biggest moves so far: Everything off the field. The club was sold to OL Groupe (owners of Olympique Lyonnais) and then replaced departed head coach Vlatko Andonovski with Farid Benstiti. The coaching hire has driven some controversy as Benstiti was named as the coach at Paris Saint-Germain that Lindsey Horan cited widely last year for having allegedly dished out verbal abuse. Neither have commented publicly since the hiring was announced. Most of the on-field moves have been smaller save for trading into the first-round where they grabbed Kelcie Hedge from Santa Clara University.

What’s left to do: The Reign made the playoffs the last two years when they were very specifically built in the vision of Andonovski. Benstiti will need to make some tweaks in order to make his vision come to life. We still don’t know too much about what that vision is. There is still a reasonable chance that Allie Long winds up getting moved before the start of the season.

Biggest moves so far: “Biggest” is an important note here because Sky Blue have done a lot. At the top of the list would be moving four draft picks to the Washington Spirit to acquire Mallory Pugh. That move has a chance to be transformational for the franchise. Sky Blue also acquired Zerboni as consolation for picking Mace in 2019, even after Mace said she would not play for the team. That move could be transformational from a mentality standpoint. Don’t sleep on Midge Purce, either, who was recently acquired from Portland.

What’s left to do: I’m still not sold on the back line and would prefer not see Purce and Imani Dorsey as the outside back pairing. It may be too much to ask for this team to suddenly become a complete side from back to front in just a single offseason. They have also teased a potential international signing.

Biggest moves so far: Not much coming in, but the Royals did trade into the first round, where they grabbed Tziarra King in what many suggested was the steal of the opening round. Meanwhile, general manager Stephanie Lee hinted that the Royals may become bigger players in the draft in the post-Laura Harvey era. Beyond that, it has been Makenzy Doniak and Katie Stengel being traded away.

What’s left to do: Speaking of the post-Laura Harvey era, the Royals still need a coach. Assistant Scott Parkinson, currently the interim, was in Baltimore to speak for the team but there has been no official word on a permanent replacement for Harvey. There could be some news by next week. On the field, something didn’t click in the midfield last year so there is room for improvement there.

Biggest moves so far: The biggest move was shipping out Pugh in exchange for a collection of draft picks that yielded them Ashley Sanchez at No. 4 overall. In terms of additions the Spirit are hoping to make a tidal wave by combining several smaller splashes. The best of them may have been Kumi Yokoyama but has also included Jenna Hellstrom, Jaye Boissiere and Brooke Hendrix.

What’s left to do: Not expecting much more from the Spirit. They could still use something along the back line, but added several talented draft picks to a team that took many strides forward in 2019.

— Effective immediately, the NWSL will begin announcing the amount of allocation money included in all trades. For a league that has been historically reticent to release anything but the most needed information, this is a big step forward. A ton of credit goes to the leadership of the NWSL Media Association as well as the new NWSL media relations manager, Kirsten Brierly. Numbers will not be released for how much is spent to sign players or put toward transfer fees.

— The Dash used allocation money to pry Erin Simon away from West Ham United. Simon was an undrafted free agent who played some outside back for Sky Blue. She was one of the harder-working players around but unless things have changed, is unlikely to be a game-changer.

— Saturday is Feb. 1. That seems like a fair time to start wondering about a schedule, television partner, and successor to Amanda Duffy.

The latest: Lyon and Paris Saint-Germain both posted easy wins as Lyon stayed three points ahead with a head-to-head left to be played in Paris. Lyon took a hit though as Ada Hegerberg announce she has torn her ACL, ending her season. Meanwhile Marie-Antoinette Katoto had a hat trick in PSG’s win and took the lead from Hegerberg in the golden boot race, 22-20. Katoto is nine clear of the three-way tie for third between Kadidiatou Diani, Clarisse Le Bihan, and Eugenie Le Sommer,

The latest: Barcelona squeezed a little harder on the title with a scoreless draw away to Atletico Madrid which left the gap at the top none points. Madrid have now been held in three of their last four contests.