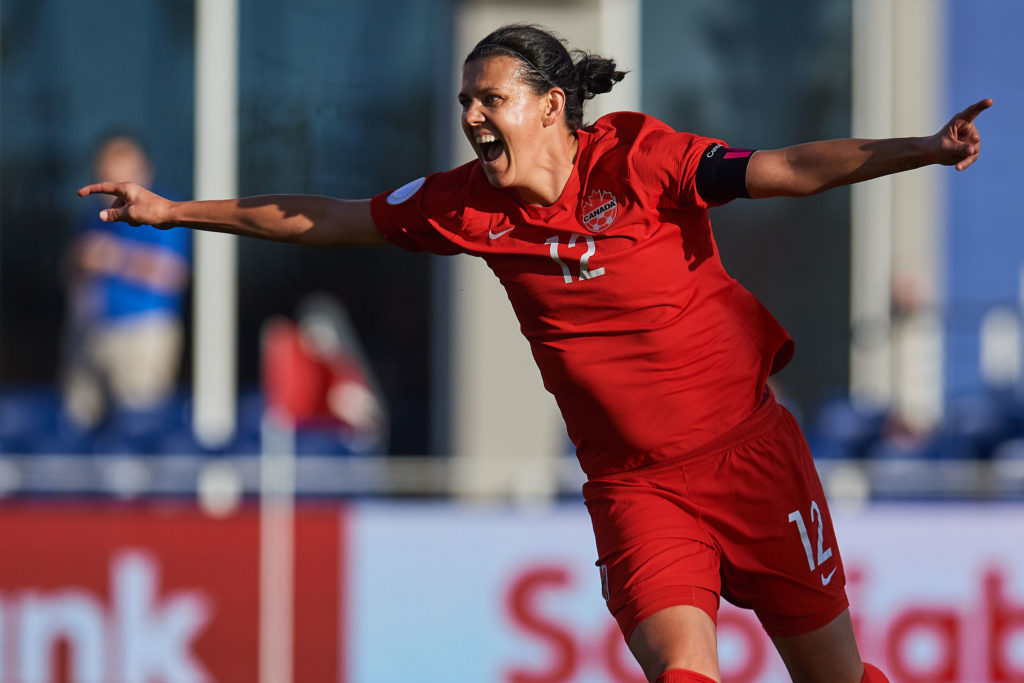 Sinclair scored from the penalty spot in the 7th minute to tie Wambach again and from open play in the 23rd minute to break the record. Adriana Leon led the rout with four goals.

Jessie Fleming, Jordyn Huitema and Jayde Riviere scored a goal apiece, and Ashley Lawrence added a brace. Riviere’s was the first of her international career.

The match was the first for Saint Kitts and Nevis in the final round of qualifying for either an Olympics or a World Cup.

Out of the four teams to qualify for the FIFA World Cup in 2015, Mexico was one of them. Four years later, the Mexicans failed to make the World Cup, getting ousted by Jamaica, the United States and Canada, who secured three spots in Concacaf. Now, Mexico is looking to rebound and qualify for the Olympics, something they did back in 2004, as a shock to many. The Mexicans began their Olympic qualifying campaign on a positive note, defeating Jamaica, 1-0.

Jamaica had a summer’s worth of experience at the World Cup last year in France. Although they didn’t make it past the group stage, Havana Solaun scored the nation’s first-ever women’s World Cup goal.

There are two spots in Concacaf for the Olympics, and nothing is ever predetermined in soccer. The Mexicans have their eye on another upset, and the Jamaicans are looking to continue where they left off in France, building on international competition.

Mexico edged out Jamaica in the first group stage match of Olympic qualifying. As time dwindled down in the first half, Renae Cuéllar, the 29-year-old that features for Tijuana, scored on a goal taken almost close to the penalty spot. As the ball bounced around, it eventually found the feet of Cuéllar, who smashed it past Sydney Schneider.

In the second half, both teams had plenty of shots on goal. Khadija “Bunny” Shaw took four of Jamaica’s six shots, but couldn’t register anything past Mexican goalkeeper Emily Alvarado. Shaw and Maria Sanchez collided heads in stoppage time, with Shaw being stretchered off the pitch. Sanchez was able to get up and walk to her training staff.

You be the judge!
Foul, or no foul? Was there contact from Jamaica goalkeeper Sydney Schneider. Mexican captain Stephany Mayor says there's contact.#MEXvJAM | 1-0 pic.twitter.com/xnyNaY7ce3

Mexico grabbed onto three points, but remain second behind Canada, who defeated St. Kitts and Nevis — and saw Christine Sinclair break the all-time international scoring record, previously held by Abby Wambach — by 11 goals. Mexico will take on St. Kitts and Nevis on Saturday at 3:30 p.m. EST, while the Canadians take on Jamaica later in the evening at 5:30 p.m.