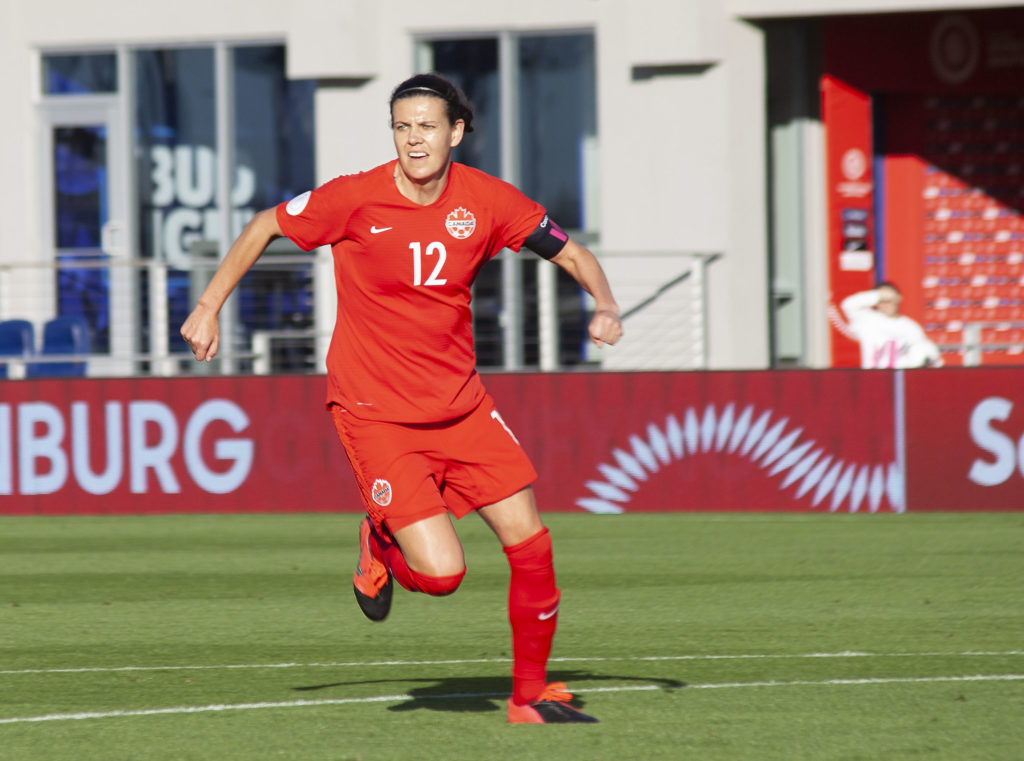 Christine Sinclair is the new record-holder for most international goals scored among men or women, with 185 goals.

Sinclair scored from the penalty spot in the 7th minute against Saint Kitts and Nevis to tie Abby Wambach’s record of 184 goals. Sixteen minutes later, Sinclair scored again from open play to move into sole possession of the record.

Sinclair reached the mark in her 290th appearance for Canada. Wambach, who retired at the end of 2015, reached the 184-goal mark in 256 appearances for the United States.

Canada went on to defeat Saint Kitts and Nevis, 11-0.

“Obviously I’m a very proud Canadian,” Sinclair said postgame. “When I first joined the national team, I had goals and dreams and aspirations of passing Mia Hamm one day, or at one point. I obviously should have aimed higher, not knowing that Abby would have beaten her. I never could have imagined to reach the totals that I have, and just for all the people back home — especially my friends and family that have supported me through my entire career — just a massive thank you.”

Sinclair, as she has throughout her career, deflected praise and questions about herself after the match, instead pointing to the pride she has for her country.

“I go about everyday trying to be the best can that I can in my own way,” she said. “Hopefully, I made an example for others. Hopefully I can — especially young kids — show them what’s possible when you dream those crazy dreams and put in the work. But most of all, I just try to be a good Canadian day after day.”