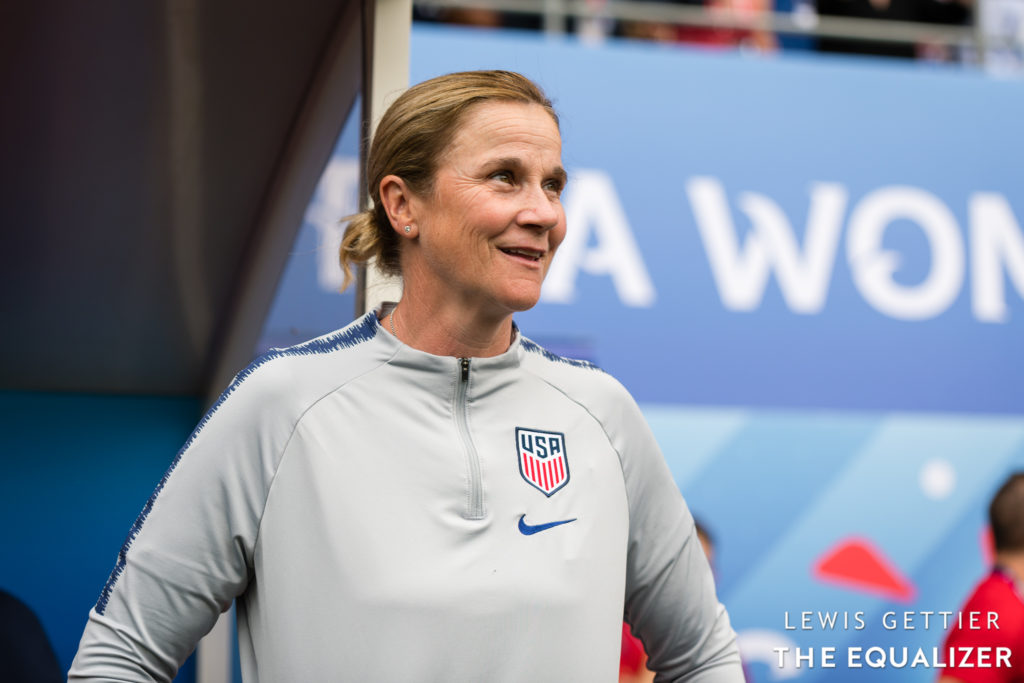 She accepted her first of the day, the Women’s Soccer Award of Excellence, in front of a highly caffeinated crowd which rose early for one of the event’s marquee gatherings. She ended her day at another signature ceremony in front of a crowd full on more mature beverages, at the Walt Chyzowych Award Ceremony, the convention’s de-facto farewell. Each time, Ellis offered different stories with similar morals.

Her morning acceptance speech was arguably the most powerful of the four times she spoke on stage in about a 24-hour span. Each time, she was at ease on the microphone, exuding the type of confidence one would expect from a two-time World Cup-winning coach.

Those close to Ellis, however, know that hasn’t come easy. Only recently did the former United States women’s national team coach find the confidence to be comfortable with who she is — and she found it through soccer.

“The last time I got an award at this event, it was 2000,” she said during her morning acceptance speech. “And you know what? I didn’t want to come. I didn’t want to come get that award because I was a very shy, pretty insecure person. It was hard to be a gay woman and not feel that great about it. So, I hid a lot. And boy, when they called me about this one, I was like, ‘Oh hell yeah, I’m going to stand up there and take that f**king award.”