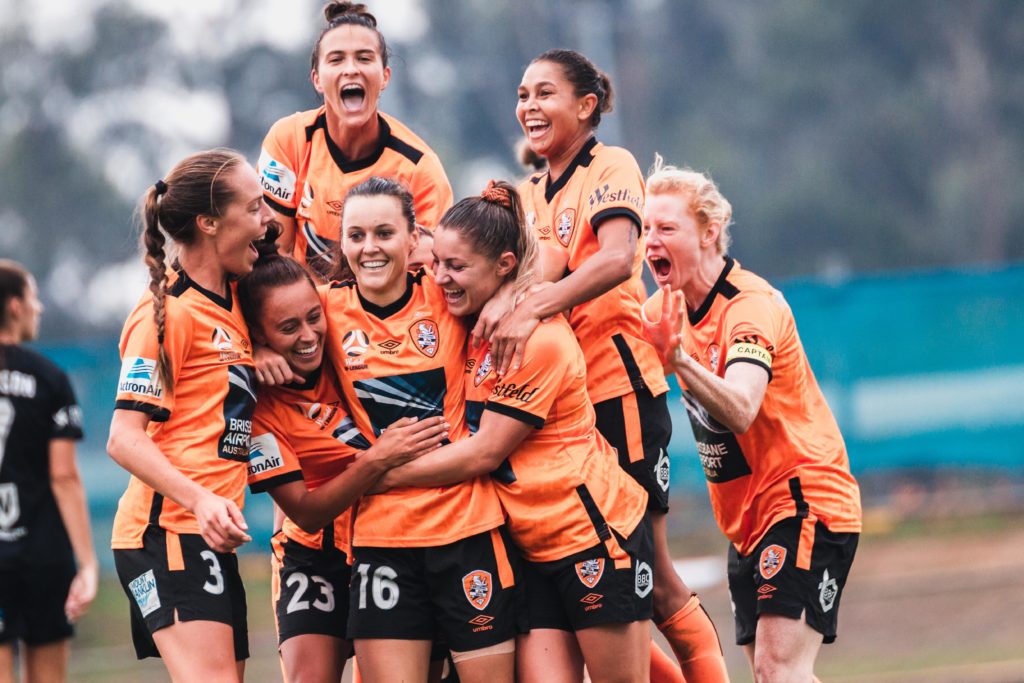 Let’s get right to it: Here’s what happened in Week 10 of the W-League, plus some major transfer news surrounding Matildas stars.

English international Natasha Dowie scored two goals and added an assist on Rosie Sutton’s first goal of the season in Melbourne Victory’s 3-0 away win over Adelaide United on Jan. 18. Dowie now has five goals on the season and is tied in the second spot for the golden boot with Melbourne City’s Emily Van Egmond and Western Sydney Wanderers’ Kristen Hamilton, and two behind FC Sydney’s Remy Siemsen. The win vaulted the Victory into a tie for the fourth and last playoff spot, with Brisbane Roar, while Victory has a game in hand.

Van Egmond scored her fifth goal of the season on a low shot in the 50th minute of Melbourne City’s 2-0 home win over the Newcastle Jets on Jan. 18. Van Egmond was about five yards outside of the penalty area in the middle of the field and took a shot that hit the ground once and settled into the net close to the crossbar. Her precision goal ensured City the win in a game that was not as close as the score indicated, with City having 23 shots to only nine for the Jets.

Honorable mention goes to Van Egmond’s teammate and Serbian international Milica Mijatovic, who also slid a shot from near the top of the box narrowly into the goal after taking the cross from Kyah Simon, deeking Adelaide defender Tessa Tamplin and curling the ball into the net in the 7th minute. Mijatovic has four goals in her first season in the W-League.

Save of the Week: Aubrey Bledsoe, Sydney FC

Sydney FC goalkeeper Aubrey Bledsoe (Washington Spirit) made a tremendous save from Brisbane Roar substitute Tameka Yallop in the 81st minute as the two sides finished goalless on a wet evening in Sydney on Jan. 16. The ball bounced to Yallop, who was alone in the box and she measured a low hard shot that Bledsoe stood up for and then parried it away with her fists. Bledsoe made seven saves in the match, which was pretty evenly contested from both sides.

Darian Jenkins, the Reign FC loanee at Melbourne Victory, has only one goal this season but has been very effective in supporting Dowie up top in attack. In her club’s 3-0 win over Adelaide, she had six crosses — tied for game high with teammate Amy Jackson — along with a 67% passing efficiency on 27 attempts, won 10 of 16 duels with the opposition and had an assist in 90 minutes. She has received important minutes with Victory ahead of the 2020 National Women’s Soccer League season. Frenchman Farid Benstiti was just named the Reign’s new coach, taking over from now U.S. women’s national team coach Vlatko Andonovski, and it will be interesting to see how Jenkins is utilized during the 2020 NWSL season.

Brisbane Roar and Portland Thorns forward Hayley Raso has announced that she has joined Everton in the English FA Women’s Super League on a six-month contract. It is unclear if she will return to the NWSL. Raso did not play in the Roar’s win over the Jets this week. Raso had four goals with two assists in her eight matches this season. She has 85 W-League appearances in her career with 23 goals from time at the Roar, Canberra United and Melbourne Victory. She won a W-League title with Canberra in 2011/12 and a NWSL title in 2017 with Portland. Everton sits seventh in the FA WSL in England. We will miss the “Raso Crossing” depicting a kangaroo behind one goal at Thorns home games in 2020.
Fellow Matildas forward Caitlin Foord — whose NWSL rights were recently traded from the Portland Thorns to the Orlando Pride — has reportedly had discussions to join Arsenal in England, coached by former Melbourne City head coach and Melbourne native Joe Montemurro.

Sam Kerr left the Chicago Red Stars to join Chelsea this winter. Coaches and players have said that Matildas players are being encouraged to play in Europe, even if they have to forgo a W-League season, as a result of the team’s defeat in the Round of 16 at last summer’s World Cup in France. The Matildas are built around a W-League base and one coach who wished to not be named said specifically that the players need to play in longer (8-10-month) leagues, which are more available in Europe, plus they can play in January-February in an important Olympic Games year for their region, whereas the NWSL does not start until mid-April.

The Newcastle Jets have appointed assistant coach Ash Wilson in charge of the women’s side on an interim basis, as Craig Deans stepped in as interim coach for the Hyundai A-League’s men’s side after veteran A-League head coach Ernie Merrick, at the club since May of 2017, was let go.

Newcastle hopes to have a permanent successor named on the men’ side by next week, with the possibility of Deans coming back to lead the women’s team. Deans said, “Ash has been my assistant since my first season in the Westfield W-League [in 2015], and is an extremely capable coach. There was a very open and honest conversation between myself, the [Westfield W-League] coaching staff, and the playing group and we believe this is the best course of action for the club given my commitments with the men’s squad… I’ll still be actively involved with the team, but promoting Ash to head coach in the interim will provide clarity to the situation and help the girls focus on a big game this weekend against Melbourne City [which Newcastle lost 2-0].”

Note: There is one make-up game from Round 9 that will be played on Saturday, Feb. 1 between Newcastle Jets (home side) and Adelaide United, which was postponed because of the air quality in Newcastle due to the bush fires in the state. 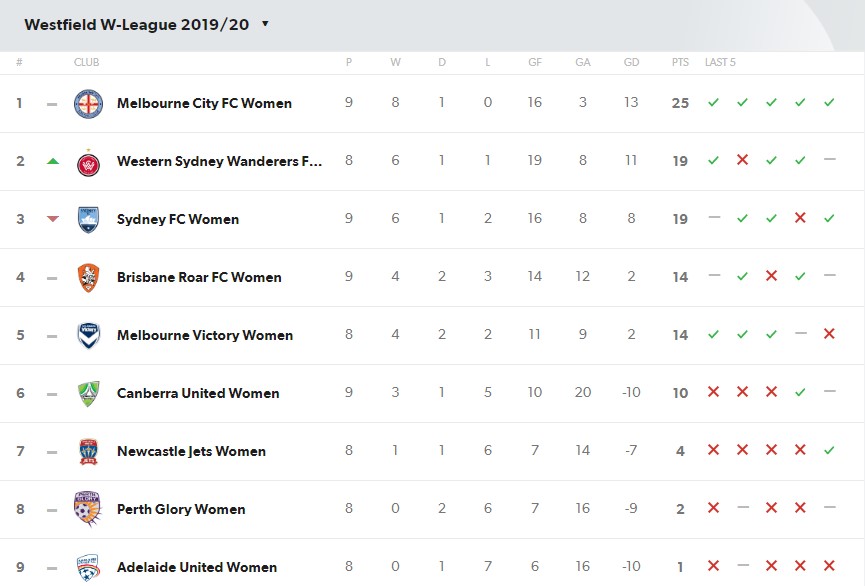 NWSL allocation money: A bait and switch, or just good business?
The Lowdown: Making sense of the nonsensical 2020 NWSL Draft