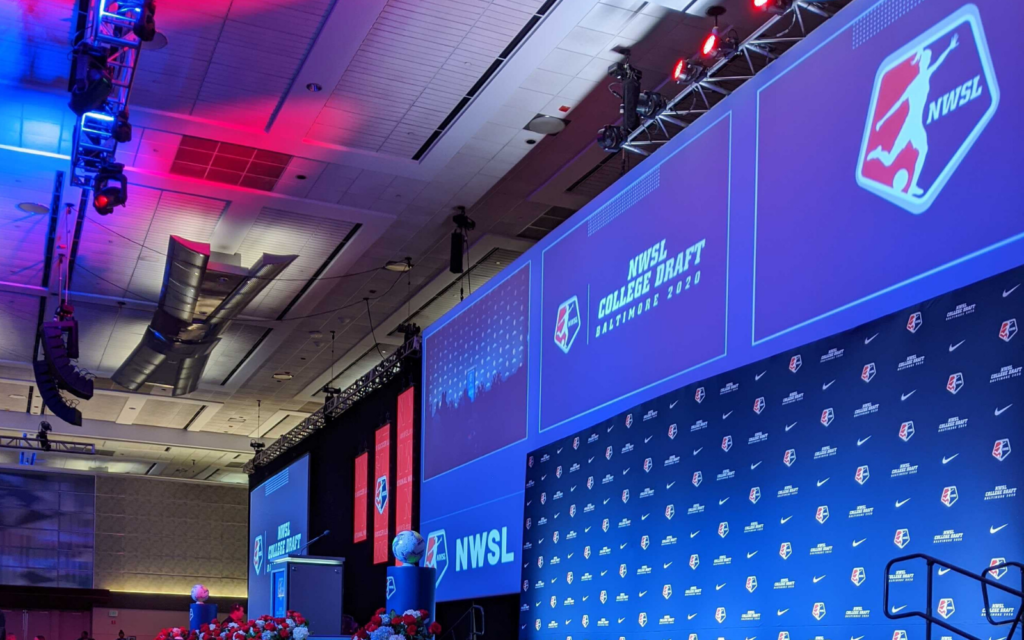 A few days after the 2019 National Women’s Soccer League Championship in October, the league announced a new, groundbreaking compensation policy which dramatically increased team salary caps, eliminated caps on housing and car allowances entirely, and introduced allocation money into the picture for the first time.

The release even extensively outlined the parameters under which certain players would be eligible for that allocation money, including performance markers like end-of-the-year awards, international appearances, and longevity in the league.

Reaction to the new policy was overwhelmingly positive as fans and pundits alike saw the opportunity for the league to attract new talent and for many league veterans to see a substantial pay raise.

Based on the information provided at that time, most assumed that allocation money was strictly related to salaries — the way it is in Major League Soccer — and that the new policy would be used for increasing the pay of a certain subset of players in the league, as well as potentially drawing in new stars from overseas. It would also help pay more to deserving domestic players.

Then something funny happened.

On Tuesday, the Chicago Red Stars — no strangers to big moves leading up to the league’s annual draft — traded the No. 8 pick in the first round to the Utah Royals for allocation money. There weren’t any players coming Chicago’s way, no picks, nothing other than allocation money.

If CRS uses some of their allocation money to give veteran players raises I'd be proud of that choice.

This raised an interesting question. Why would the Red Stars, a team under independent ownership with a history of frugality, need more room to spend on salaries beyond the $300,000 each team was already allowed?

On Thursday, the day of the draft, the trend continued with Chicago engaging in three more trades that all involved allocation money. By the end of the draft, the Red Stars ended up with around $110,000 more — the league won’t release the exact numbers at this time — than they had started with at the beginning of the week.

“Part of the reason too, we’re not being fully transparent on the allocation money is it can be used for a lot of reasons,” said Whisler. “I think there’s a misunderstanding that it can only be used, for instance, for player salaries. There’s no doubt it will, often, be used for player salaries, but there are also mechanisms that you can use it in other ways to support the operator or the team.”

But something still didn’t make sense. With the elimination of caps on housing and car allotments, why were teams trying to acquire allocation money — which was just the theoretical permission to spend more money — for operating costs? After all, if a team wanted to spend more on those things, it could. There were no longer rules restricting such outlays.

NWSL allocation money is even more convoluted than you thought

Then, Stephanie Lee, general manager of the Utah Royals, completed the picture. Speaking after the draft, she stated that trades involving allocation money were not simply granting permission for clubs to spend more money; they were —in fact — an “exchange of cash.”

To some, the difference between the initial release announcing the policy and this new realization felt like a bait and switch. It was now obvious that owners could trade assets like picks and players for cold hard cash and that the money wouldn’t necessarily go towards increasing salaries.

I’m sorry, if owners can use allocation money to subsidize their own losses, I’d fully support the #NWSL PA if they pushed for that information to be made public. Lack of transparency there could go down a very dark road

At worst, the policy has the potential to become a Pandora’s box where less affluent owners begin selling off valuable assets simply to make ends meet. And for a league that has seen numerous teams relocate, fold, or be forced to sell, it’s not impossible to imagine a team acting against its own long-term interests as an owner attempts to keep their team alive long enough to find another investor, a buyer, or finally see money from league sponsorships and TV deals come to fruition.

That doesn’t seem to be the case with Chicago — which has always punched above its weight both on the field and in its front office, and made excellent deals with the future in mind — but it does raise some concerns about why the team made so many deals for cash this past week, especially with Whisler known to be among the NWSL’s less-affluent owners.

There is also the question of imbalance in a league that has often worked towards parity, at least on paper, and instead create a system of haves and have-nots. This was partly the concern that North Carolina Courage head coach Paul Riley expressed on Thursday, worried that higher-spending teams would buy up more than their fair share of valuable assets and become, in his words, the “[New York] Yankees.”

That said, there’s currently little evidence that spending equates success thus far in the relatively short history of the league. Independent teams like Chicago and Reign FC (before the recent Olympique Lyon takeover) and USL-affiliated North Carolina have far outpaced the success of most teams with MLS affiliations — Portland being the obvious exception.

The new allocation policy can also reward clubs that spend time developing players that they can later sell off — a common practice among “smaller” club in Europe and South America. Additionally, it provides a new way for NWSL teams to make deals, especially if they can’t agree on an equitable exchange of players or picks to execute a trade.

In this sense, it more closely resembles the rest of the world, where transfer fees are paid when necessary to execute player moves. This idea was backed up by Lee, who said allocation money was needed “to get things moving.”

While there won’t be any public accounting of how allocation money is spent, owners could also use the funds for expenses that ultimately help the players like improving meals, travel accommodations, training facilities, and other things that affect their quality of life. Even with housing funds uncapped, some markets are more expensive than others — with Chicago providing a prime example — and an exchange of cash gives owners more freedom to address issues that might be unique to their particular market.

The allocation policy began as a way to keep and attract international stars, and many suspected it was finally pushed through this fall as the league and Red Stars attempted to keep Sam Kerr from heading abroad. Now, with that system having other uses — potentially good and bad — everyone will have to wait to see how teams use allocation money before passing a final judgment.

The NWSL says it has a ‘Rooney Rule,’ but no one seems to know much about it