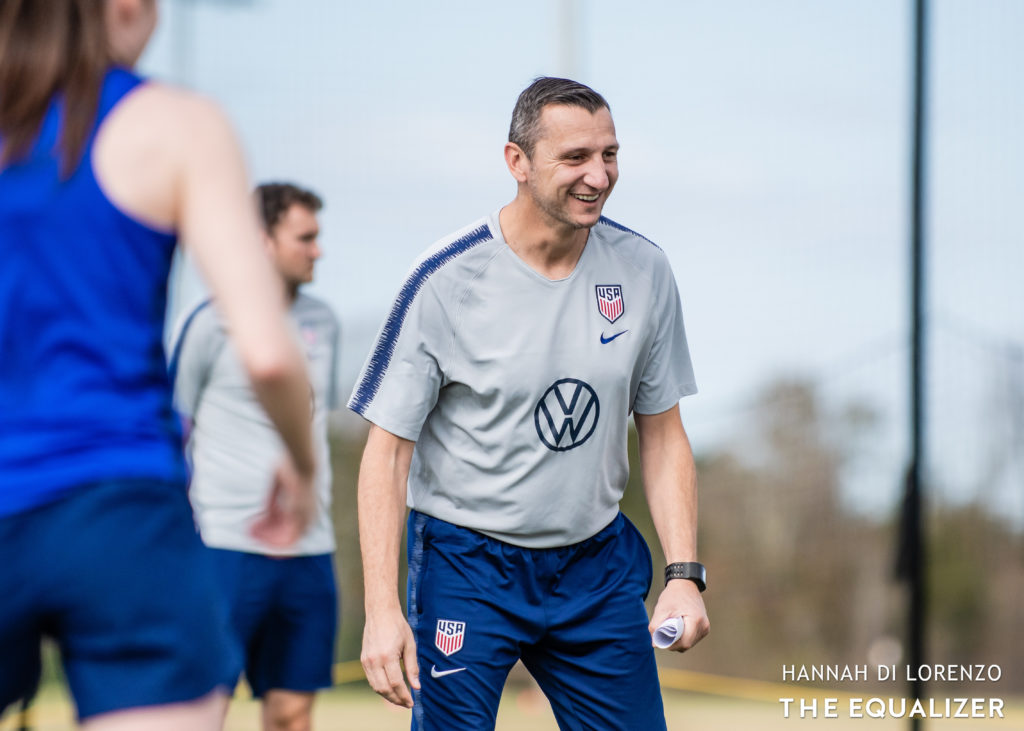 These four players won the FIFA World Cup in France last summer with the U.S. women’s national team. However, for the upcoming Olympics, the United States has to make some changes. Rosters are smaller for the Olympic tournament, and qualifying. The qualification comes first, and will take place at the end of the month and beginning of February. On Friday afternoon, Vlatko Andonovski cut the USWNT roster down to 20 players, leaving Pugh, Long and Davidson off the roster.

Brian, Long and Pugh were coach’s decision; Andonovski said in a conference call that she invited Pugh to still train with the team. Davidson was extremely limited in training as she continues to recover from an ankle injury suffered prior to the 2019 National Women’s Soccer League Championship.

Also on the World Cup roster but not on the Olympic roster is Alex Morgan, who is expecting her first child in April.

Andonovski brought in some fresh players for the qualification tournament, though. Lynn Williams and Andi Sullivan made the final roster, despite not going to the World Cup last summer. They were recently part of the November and January camps.

“Full credit to the players for competing hard during our January camp and for making our final roster decisions difficult,” Andonovski said. “We have a balanced roster with versatile players and of course they have a lot of experience in important games. This is a team that understands that you have to be aggressive and unpredictable in how you create scoring chances but also knows how to be smart on defense at the same time. They are mature and savvy players who can adjust on the fly if needed and of course are highly motivated to earn that berth to the Olympics.”

The United States has never lost an Olympic qualifying match. However, the team did tie Canada, 1-1, in 2008.

Talk about an absolutely legendary visit from a fellow champion! Thanks for coming to training @runmeb, and for bringing your girls with you! 🇺🇸 pic.twitter.com/y2oLT0wyic

The tournament begins with group matches. The United States was drawn into a group with Costa Rica, Panama and Haiti. Meanwhile, Canada was drawn into Group B with Jamaica, Mexico and St. Kitts and Nevis, who are first-time participants. The Equalizer talked with head coach Jené Baclawski about participating in the tournament for the first time.

Group A will compete in Houston, Texas, for their group stage matches. Meanwhile, Group B will head to Edinburg, Texas.

The schedule is as followed for Group A:

Meanwhile, the final elimination rounds will occur from Feb. 7-9 in Carson, California.