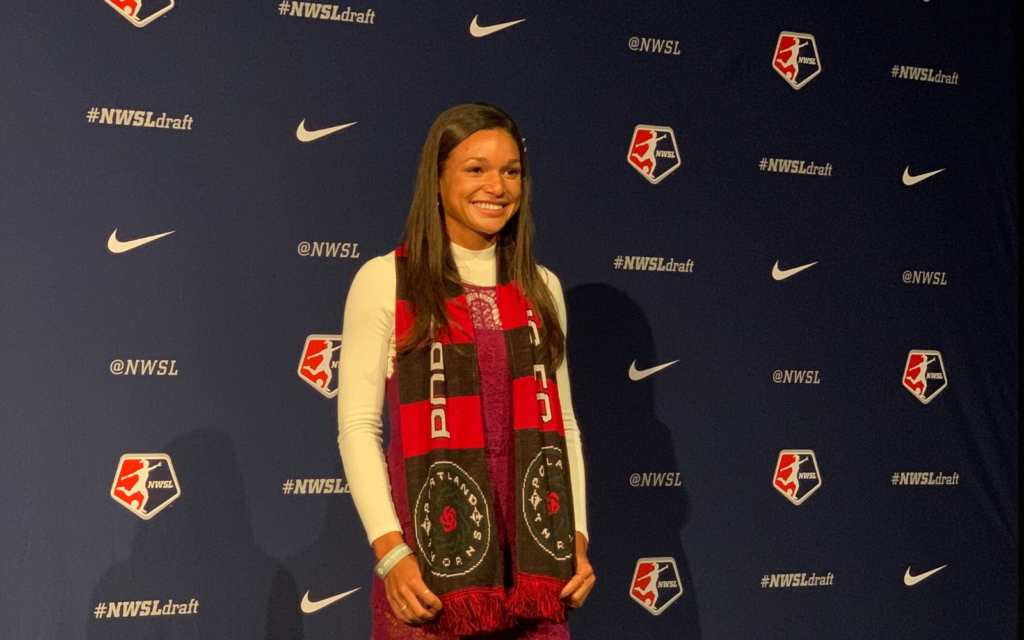 BALTIMORE — If two is a coincidence and three is a trend, one has been established in the National Women’s Soccer League. For the second straight year, the No. 1 overall pick in the NWSL College draft was an underclassmen who had decided to leave school early for the professional ranks. A few minutes later, another underclassmen was selected at No. 4.

Sophia Smith and Ashley Sanchez, those two picks who went to Portland Thorns FC and the Washington Spirit, respectively, represent the 1 percent of the sport. They’ve been pegged for high-level success for several years as they’ve developed within the United States youth national team programs.

Still, their decisions to leave college for the professional ranks are representative of the increasing number of options which players have professionally — options which hardly existed even a few years ago. Last year, Tierna Davidson left Stanford before graduating in order to play professionally ahead of the World Cup, which she won with the United States. Smith followed suit on Thursday as she chases a spot on this year’s U.S. Olympic roster.

“Knowing that people have done it before me helped my decision a lot,” Smith said moments after hearing her name called.

Access the best women’s soccer coverage all year long
Start your FREE, 7-day trial of The Equalizer Extra for industry-leading reporting and insight on the USWNT, NWSL and beyond.
Subscribe
Existing Users Sign In Here
Related TopicsAshley SanchezExtraFeaturedSophia Smith

Let’s talk about defenders: Drilling down on the second round of the NWSL Draft
NWSL allocation money is even more convoluted than you thought