Let’s talk about defenders: Drilling down on the second round of the NWSL Draft 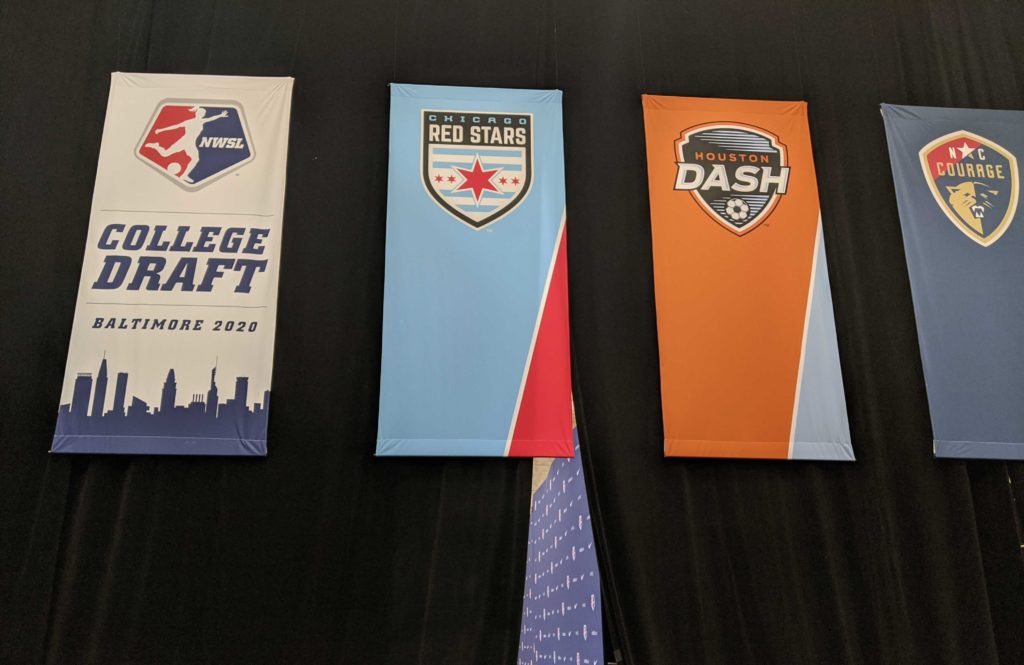 BALTIMORE, Maryland — At one point during the second round of the 2020 National Women’s Soccer League College Draft, I leaned over to Dan Lauletta and said, “Well, this is the defender round, isn’t it?” And it really was, from top to bottom. Perhaps it’s a reflection of how offensive-minded the game is now, or perhaps because there were attacking players just too good to pass up, but not a single true defender was drafted until the first pick of the second round. And then, they just kept coming.

For teams like the Orlando Pride and Houston Dash, who leaked goals last season, the need for defenders is obvious. For others, like the Chicago Red Stars, bench depth is more of an issue, especially with one eye on the Olympics. And before you say Houston didn’t draft a defender in the second round, UNC forward Bridgette Andrzejewski labeled her versatility as one of the best assets she brings to the Dash, having played as an emergency right back in the 2019 NCAA Championship due to injury. The Dash have plenty of options up top but are rather thin in the back, so I wouldn’t be surprised to see her deputize on the back line, especially during the Olympics.

“I think that’s one of the things that we found quite appealing,” said Houston head coach James Clarkson of Andrzejewski. “The fact that we can play her on the outside, or at the back, really helped.”

Andrzejewski, Kaleigh Riehl, and Julia Bingham are three players who all had potential to go earlier than they did, especially had Sophia Smith and Ashley Sanchez not decided to declare early. Riehl was a U.S. youth national team regular who was recently called up to the full senior team identification camp in December. Questions remain about her speed and ability to adapt to this level of play, but I expect her to slot right into Sky Blue’s starting XI next to Erica Skroski. Bingham, meanwhile, gave perhaps the best quote of the day when asked about fitting in with Chicago’s hard-working, blue collar mentality.

“When I came to USC, there was a left back already there, Kayla Mills, and she actually got the defensive player of the year before that, so I actually took her spot,” Bingham said. “And I have played all four years at USC ever since, so it took a lot of hard work. So I think I’m ready.”

That said, don’t overlook Konya Plummer. In a two-year span, Plummer nearly quit soccer, transferred to UCF, switched to a center back role from forward, was named the 2019 AAC Defensive Player of the Year, played every minute of Jamaica’s debut World Cup run, and was drafted by Orlando to begin her professional career. That’s one heck of a ride. Plummer may not find a starting spot right away, but come the Olympics I fully expect her to carve a spot for herself. And Orlando’s other second-round pick, Phoebe McLernon, brings plenty of experience with one of the best programs in the country, UVA, as well as good decision-making and strong skills on the ball.

When the dust in Baltimore settles, all eyes are going to be on the first round, and that’s not without reason. It features the youngest player ever drafted into the NWSL, yet another player who believes in the league enough to leave college early, and several players who could wind up playing for the U.S. national team. And that’s not to mention the crazy merry-go-round of trades left the first round order flipped upside down. But don’t sleep on the second round. These defenders may surprise you.

Sophia Smith selected No. 1 overall at NWSL College Draft
Leaving college for the pros is becoming more normal — at least for the elite