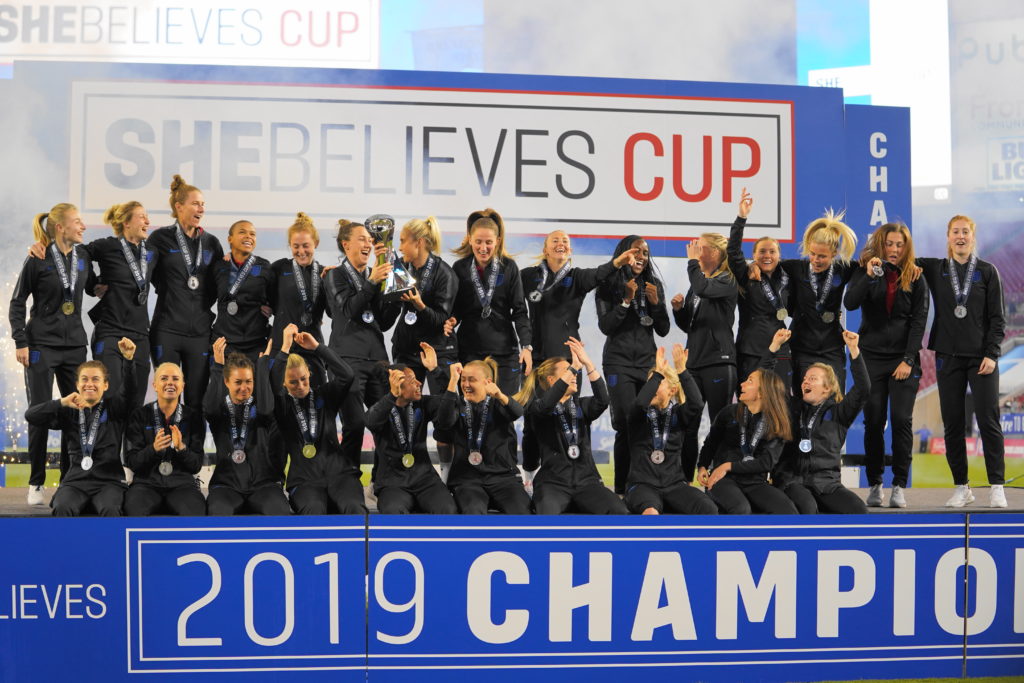 Spain will participate in the SheBelieves Cup for the first time, joining England, Japan and the United States women’s national team in the fifth edition of the annual friendly tournament. The teams will play doubleheaders on March 5 in Orlando, Florida; on March 8 in Harrison, New Jersey; and on March 11 in Frisco, Texas.

Audi Field in Washington, D.C., was at one point a venue option, but scheduling complications prevented that. There were significant delays in the finalization of tournament venues based on the initial expected timeline of announcing the venue. The final leg being in Texas represents the kind of significant travel demand which former SheBelieves Cup participants France and Germany complained about in past years.

The U.S. defeated Spain in the round of 16 at the 2019 World Cup and defeated England in the semifinal en route to a second straight World Cup title.

The tournament is once again round-robin. Most total points will determine the winner. The first tiebreaker is goal difference, followed by goals scored, then head-to-head results and, lastly, fair play ranking.

U.S. Soccer will also once again host a SheBelieves Summit on March 14 in Chicago to “provide college-enrolled students the opportunity to engage in panel discussions, professional development workshops, and hear from women who are driving progress in sports, business, entertainment and more.”