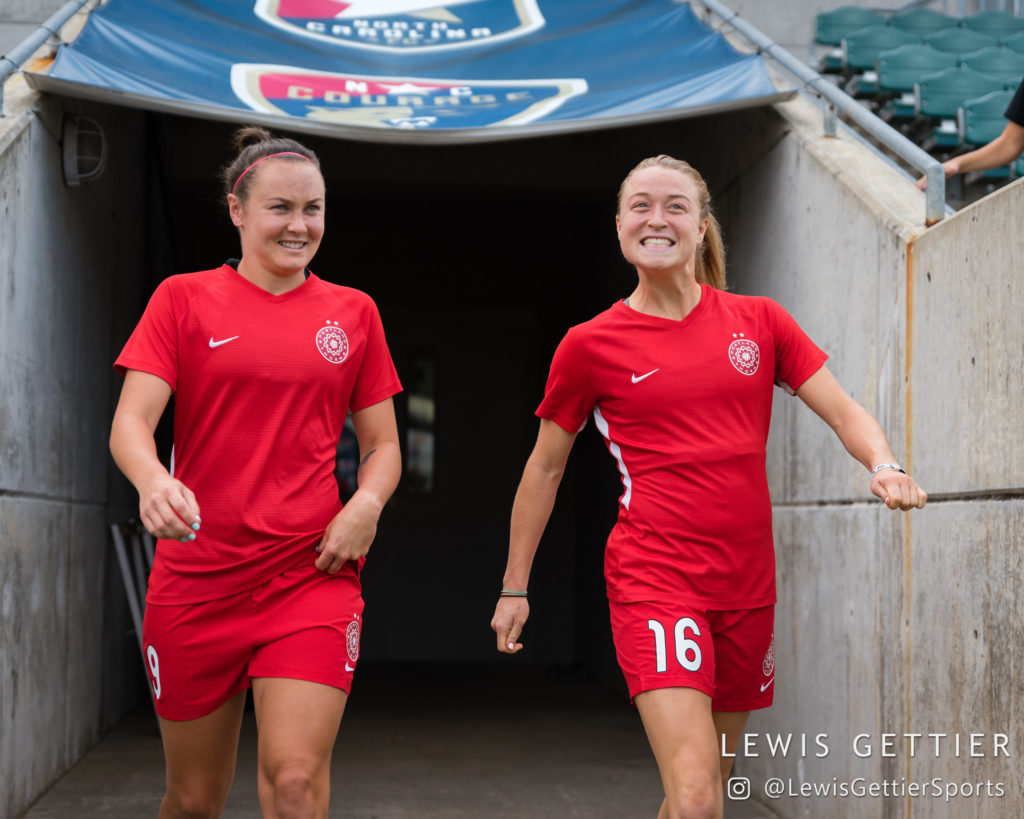 Portland Thorns FC on Wednesday traded United States women’s national team defender Emily Sonnett and the rights to Australia forward Caitlin Foord to the Orlando Pride in exchange for the No. 1 pick in the 2020 National Women’s Soccer League College Draft. Orlando also acquired the Nos. 7 and 14 picks in the 2020 draft from Portland.

The Equalizer’s Dan Lauletta reports that the Thorns have moved up to the No. 1 slot with the intention of selecting Stanford sophomore Sophia Smith, who has not yet declared for the NWSL Draft but was interested in leaving school early if the Thorns were to be her destination. Smith is currently in camp with the senior U.S. team.

“Coming into the offseason we knew we would have to make several bold moves that strengthen the team with the objective of getting back to the NWSL Final,” Thorns general manager Gavin Wilkinson said in a statement. “Acquiring the first pick in the draft was essential for us and we believe the player we select will not only help in the short term, but will be someone that will grow with the club and become a fixture in this team for years to come.”

In Sonnett, Orlando gets some much-needed defensive help after conceding 53 goals in 24 games in 2019 — 17 more than the next-worst defense.

“I’m very excited to be able to acquire Emily, a young, World Cup-winning center back, and the rights to Caitlin, one of Australia’s most promising talents, for the Pride. Adding the No. 7 and No. 14 picks in the draft also, not only gives us two additional assets in the acquisition, but allows us to stay in the draft early on and bolster the roster,” Orlando Pride Head Coach Marc Skinner said. “Emily is a front-footed defender who isn’t afraid to get into the trenches and has loads of potential to become one of the best center backs in the world. Caitlin is versatile, able to play both forward and defender, and can bring another level of quality to support the strikers we already have on our team. We’re very happy to acquire two players who are proven both in the NWSL and with their national teams.”

Rodriguez, a Costa Rican international, will slot into the midfield to complement Lindsey Horan as part of the Thorns’ offseason overhaul.

“Rocky is an elite midfielder who has proven to be one of the best in the league at her position,” Portland head coach Mark Parsons said. “She is a perfect fit for what our needs are on the field and she is someone who has the character and leadership to help grow our culture even stronger.”

The Lowdown: XI wishes for the NWSL in the new year
Midge Purce is a smart addition to Sky Blue FC’s ongoing refresh