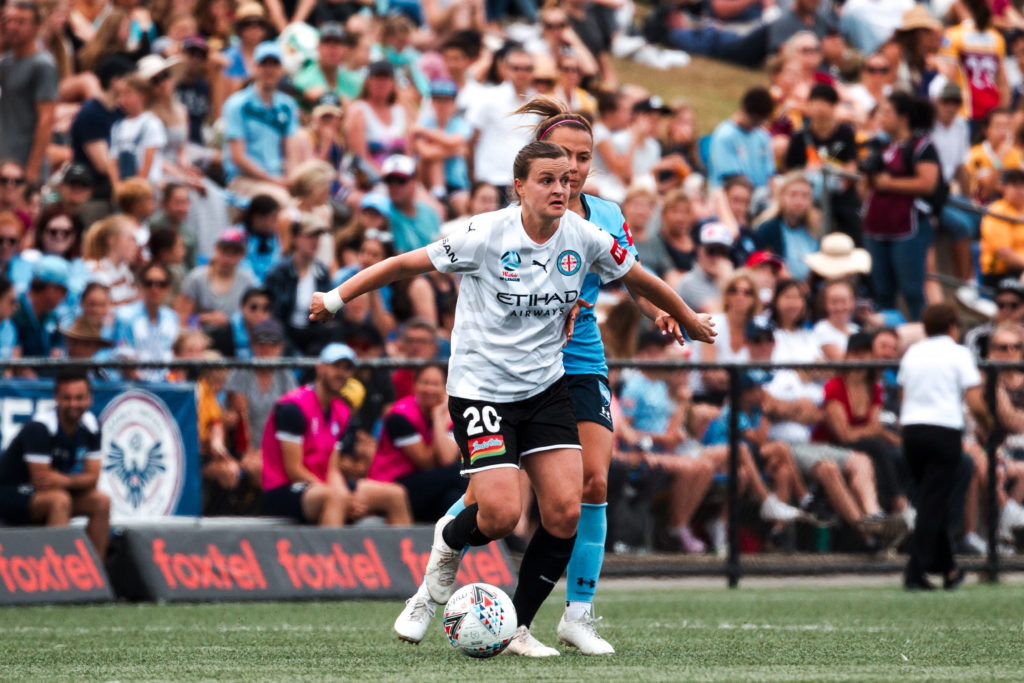 Week 8 of the W-League is in the books, with one game postponed due to the ongoing Australian wildfires. There are many different ways to donate to relief efforts.

Here’s what happened on the field, which we acknowledge is of less importance than what’s happening off of it:

Matilda midfielder Aivi Luik had a significant impact on Melbourne City’s 2-0 win away over Brisbane Roar on Jan. 2. She scored the clinching goal in the 74th minute with a cross-shot from about 10 yards away from the goal to give her side a 2-0 lead. It was her first goal of the season and 10th in 79 W-League matches.

The former University of Nevada-Reno and FC Indiana (WPSL/W-League) star had 66 touches, 52 passes and an 87% passing effectiveness ratio, two clearances, two interceptions and two fouls won, including one in the box in the 54th minute; from which Steph Catley (FC Reign) pulled her penalty kick wide. Brisbane, led by Hayley Raso (Portland Thorns) in attack, had 20 shots to City’s 10 in a quite even match.

Some fancy 🦶 work and a bullet header await your votes 🗳 #WLeague pic.twitter.com/YAORtuzJMs

Milica Mijatovic, the Serbian international in her first year in the W-League, scored from a fierce volley from eight yards out in the 6th minute to give Melbourne City an early lead in their ultimate 2-0 away win over Brisbane. Roar keeper MacKenzie Arnold (Chicago Red Stars) fist-punched a long shot from the left sideline by Steph Catley (Reign FC) directly into the path of Mijatovic, who hit the ball just after it bounced and lined it into the bottom right side of the net, giving Arnold no chance at a save.

Honorable mention goes to Australian U-17 international midfielder Chelsea Dawber, who will turn 20 next week, scored Adelaide’s first goal in their 2-2 deadlock with Perth Glory on Jan. 3 in the 38th minute by controlling a bouncing pass near the top of the box and then splitting two defenders and firing a low ball into the far corner of the net past Perth Glory and Australian international goalkeeper Eliza Campbell. Dawber, who also assisted Mary Fowler on Adelaide’s second goal, is in her third season with the Reds and this was her first ever W-League goal.

Sarah Willacy of Adelaide United faced eight shots and made six saves against Perth Glory in the 2-2 tie in Adelaide between two sides trying to avoid the wooden spoon this season for last place in the league. Her best save came in the 8th minute when she tipped a close shot from Kat Jukic over the bar. Jukic, 30, played in 19 games for Perth from the inaugural season of 2008/09 through 2011/12 and was a late signing this season.

One glove wonders for this week's #SOTR pic.twitter.com/cLTLlSdUQ0

Adelaide was two goals up by halftime through tallies by Chelsea Dawber and teenage Matilda sensation Mary Fowler, her third of the season. Perth rallied in the second half with goals from their American imports Crystal Thomas (Washington Spirit) and Morgan Andrews (Reign FC) from the penalty spot three minutes into added time, which rescued a share of the points.

Natasha Dowie, the veteran former English international and Boston Breakers forward, buried a powerful header into the far corner of the Newcastle Jet’s goal in the 10th minute for the first score in Victory’s 2-1 defeat of the Jets on Jan. 5 in front of a W-League season-high crowd of 4,961 — part of an A-League doubleheader. A prolific Dowie is vital to Victory’s hopes to make the postseason for the second year in a row. She now has three goals this season and 28 goals in five seasons, continuing to add to her club record which is now double that of Caitlin Friend in second place; Friend played with the club in its early years and had a short stint with the now defunct FA WSL club Notts County in England.

Darian Jenkins (Reign FC) scored her first goal of the season for the winning tally for the Victory on her 25th birthday.

Melbourne Victory as they now sit in fourth place — the final playoff spot — with Canberra United and Brisbane Roar a point behind. It is shaping up to be a battle between those three for the final spot.

Note: The fourth scheduled match of the round was between Canberra United and Sydney FC, on Jan. 5; it was postponed due to hazardous air quality from the bushfires in the country. The game will be rescheduled at a later date.

Last week, Sydney FC and Orlando Pride defender Alanna Kennedy made her 100th appearance in the W-League in the 2-0 home win over Adelaide on Dec. 29. Her century of appearances has come across 10 seasons with 14 goals, with Sydney FC, Western Sydney Wanderers, Newcastle Jets, Perth Glory and Melbourne City.

The Western Sydney Wanderers defeated China, 1-0 in a friendly in Brisbane on Jan. 5. Matildas midfielder Amy Harrison, who played with the Washington Spirit in 2019 but was waived at the end of the season, scored the only goal of the match. The Wanderers had a 16-day break between W-League matches, after soundly defeating Canberra United 4-0 away on Dec. 26, and held a four-day camp on the Gold Coast.

China played Canberra United last year on their training trip ahead of the Asian Cup, which doubled as the FIFA Women’s World Cup 2019 Qualifier. China is ranked No. 15 in the World by FIFA and is holding a pre-tournament camp this year in Australia ahead of Olympic Qualifying in February.

Lynn Williams (North Carolina Courage) was not available for the China match as she was called into a U.S. national team camp. The Wanderers’ next Westfield W-League game is against Brisbane Roar at Marconi Stadium on Jan. 12. 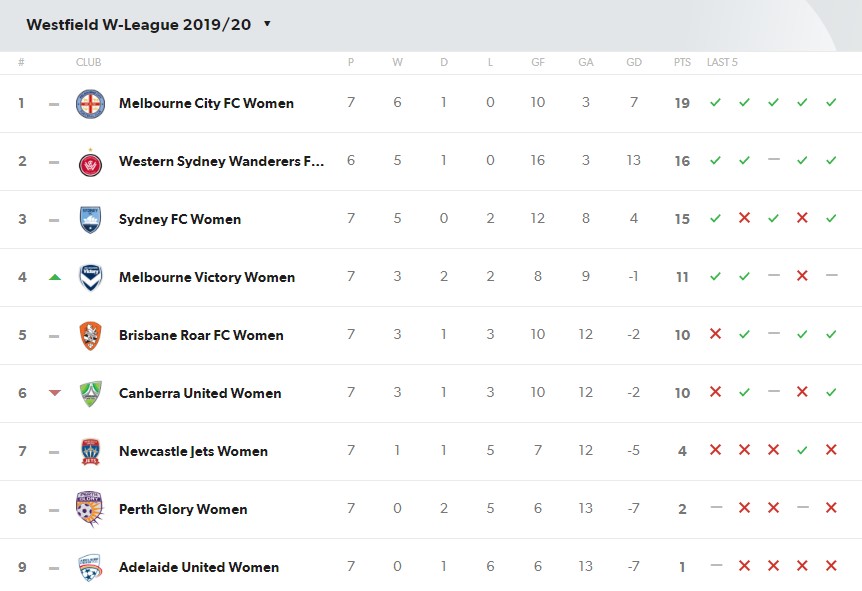 Minnich’s NWSL mock draft: Planning for some trades
Who got the better of the Kealia Ohai-Katie Naughton trade?