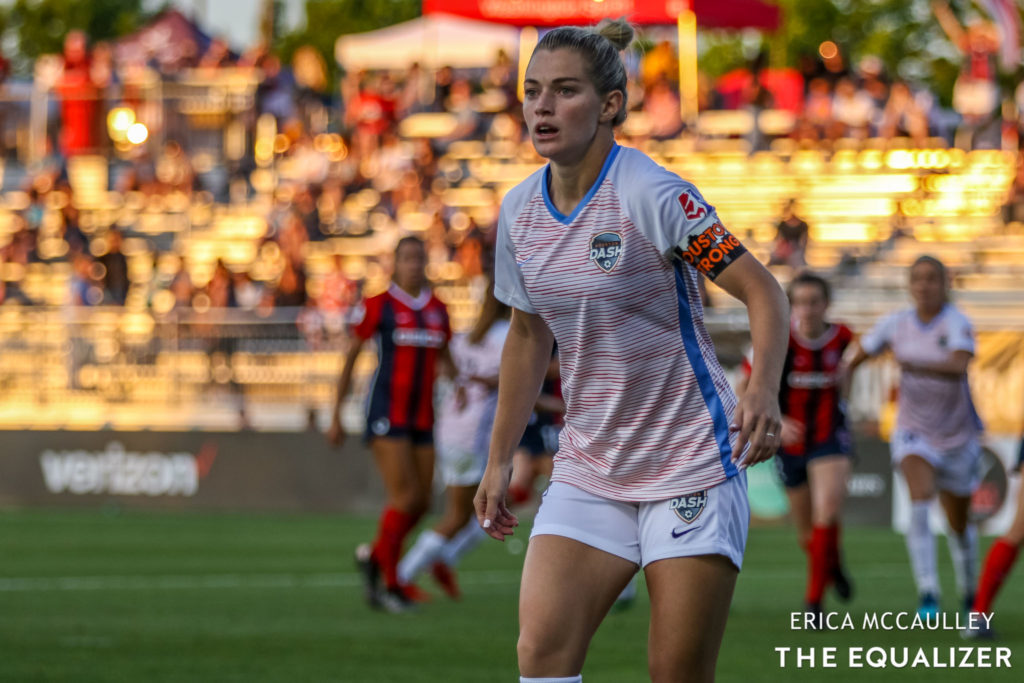 Kealia Ohai is now a member of the Chicago Red Stars following a trade first reported by The Equalizer. Houston received the No. 18 pick in the 2020 National Women’s Soccer League College Draft and defender Katie Naughton from Chicago.

Chicago had acquired picks Nos. 9 and 18 in a separate trade with the North Carolina Courage. In exchange, the Red Stars send their No. 6 overall pick to the Courage. Chicago now holds first-round picks Nos. 4, 5, 8 and 9.

Ohai said in a post on her social media accounts that the trade is one she welcomed in order to grow as a player.

Thank you @HoustonDash Houston will always feel like home 🧡🧡 pic.twitter.com/Onhbnkgebs

Houston originally drafted Ohai with the No. 2 pick in the 2014 draft, the first selection in the history of the franchise. In six seasons with the team, Ohai made 114 appearances and scored 28 goals. Her most productive season was in 2016, when she scored 11 times and tied for the league lead. The following year, she missed over half of the season after tearing her ACL.

Ohai won a national championship at the University of North Carolina and starred alongside Julie Ertz and Crystal Dunn for the United States’ U-20s as they won the 2012 U-20 World Cup. Ohai has also earned three caps with the senior U.S. team — setting a national team record for the fastest goal in a debut in 2016, 48 seconds after entering the match — but has not been called into the team since 2018.

Chicago originally selected Naughton out of the University of Notre Dame in the second round of the 2016 draft. In four seasons with the Red Stars, she earned 88 appearances and became a regular for the team. Late in the 2019 season, however, Naughton lost her starting position when Chicago reworked its back line.

The Equalizer Podcast, Episode 90: The Calm Before
Amanda Duffy stepping down as NWSL president