Let Sam Kerr write her own history at Chelsea 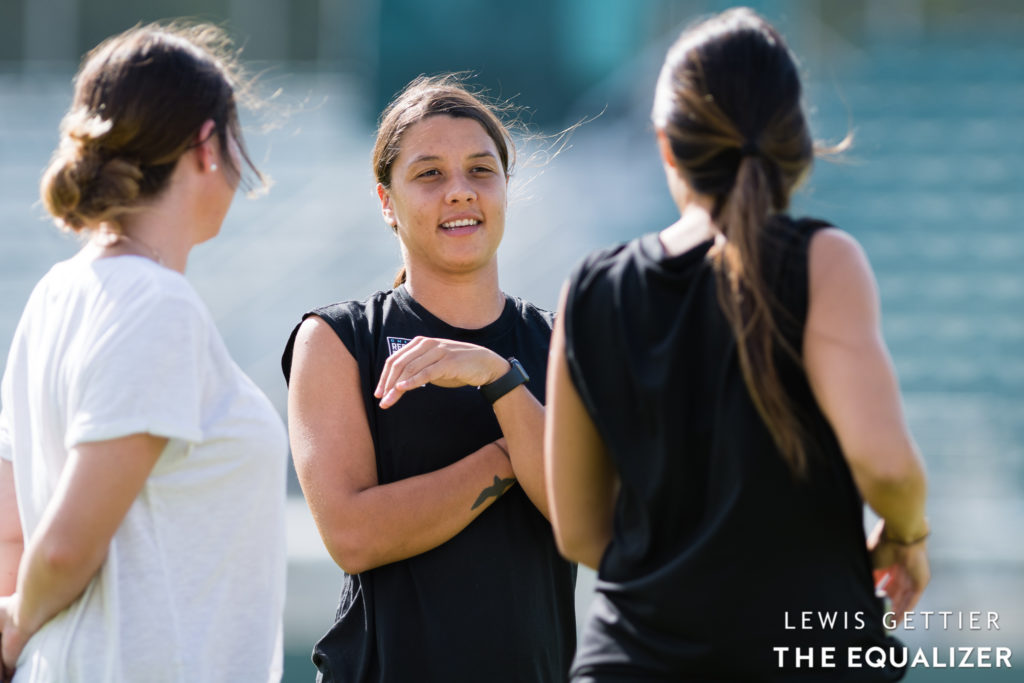 For many in Australia, England, and the United States, the new year didn’t just bring about an opportunity to have a late night with one too many drinks, but signaled the moment that Sam Kerr was finally eligible to play in England’s FA WSL. Chelsea’s first match of 2020 is Sunday, and the Blues were keen to let everyone on social media know that Kerr isn’t just in the country but she’s at training, primed and ready to make her bow.

A noticeable theme of the Australian striker’s move to the WSL has been the excited coverage, with media and fans alike tracking the seismic activity of Kerr’s move from the National Women’s Soccer League’s Chicago Red Stars. The walls are shivering in anticipation; this is the moment that everything will change in women’s football, the narrative goes.

Yet, there’s been no caution to the coverage of Kerr’s move, just the assertion that she’ll be the best thing to ever happen to the league, catapulting it to the best in the world. While it’s understandable that people would be excited, as they would if Ada Hegerberg, Pernille Harder, Christen Press, Alex Morgan or other blockbuster names joined the WSL, Kerr’s move has sent everyone into a flap. For those in England, the commotion around Kerr’s arrival is akin to being told the Queen will be stopping by for tea in an hour. ‘The Queen?! But the house is a mess and we’re out of the good biscuits!’

Access the best women’s soccer coverage all year long
Start your FREE, 7-day trial of The Equalizer Extra for industry-leading reporting and insight on the USWNT, NWSL and beyond.
Subscribe
Existing Users Sign In Here
Related TopicsChelseaExtraFA WSLFeaturedSam Kerr