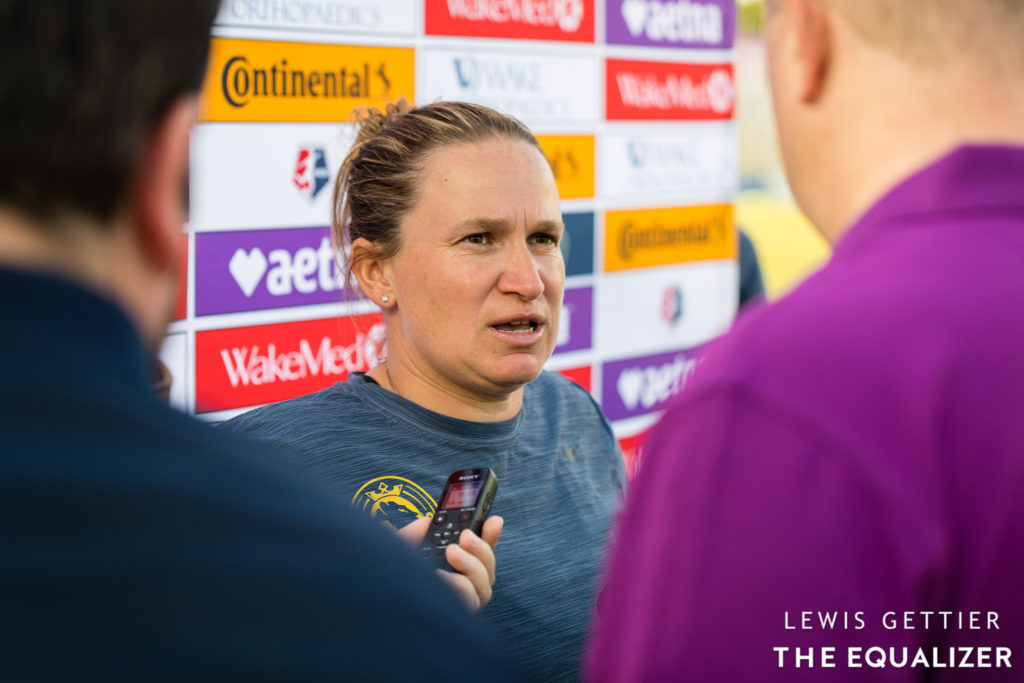 Multiple sources have confirmed to The Equalizer that Laura Harvey has stepped down as head coach of Utah Royals FC to pursue other opportunities. An official announcement could come as early as Friday. Harvey was named the first Royals coach in November 2017, shortly after the team was announced as a replacement for FC Kansas City. Before that, she was head coach at Seattle Reign FC for five seasons.

One possible landing spot for Harvey is the U-20 U.S. women’s national team, which has a coaching vacancy ahead of the U-20 World Cup in August. Concacaf’s qualifying tournament begins Feb. 22. All but one of the U.S. youth national team head-coaching jobs are vacant, something general manager Kate Markgraf recently told The Equalizer she’s working on addressing.

UPDATE: 1/6/20, 9 a.m. ET: U.S. Soccer has confirmed that Harvey has been hired as U-20 women’s national team head coach. She will soon begin the U.S. Soccer Pro License Course, joining Jill Ellis as the only other woman to do so. [/UPDATE]

Harvey previously worked with the U-23 national team in 2017 and nearly landed a job with U.S. Soccer later that year after leaving the Reign, but the final offer never materialized and she ended up with the Royals. More recently, she interviewed and was a finalist for the head-coaching job with the United States senior women’s national team, a job which went to longtime National Women’s Soccer League colleague Vlatko Andonovski.

In two seasons in Utah, Harvey amassed a record of 19-17-12. The team missed the playoffs both seasons by a grand total of six points. In Seattle, Harvey’s first season was a struggle. Her acquisition of Kim Little in the 2013-14 offseason spurred a turnaround and the team won the NWSL Shield in 2014 and again in 2015. Both times, the Reign fell in the NWSL Championship to FC Kansas City, led by Andonovski.

Harvey’s departure from the NWSL leaves Rory Dames, of the Chicago Red Stars, as the only remaining original coach from the league’s first kick in 2013. Mark Parsons, coach of the Portland Thorns, has also coached every season but did not take over at the Washington Spirit until midway through 2013. Harvey’s aggregate NWSL regular-season record is 70-50-38, plus 2-2 in the playoffs. Her departure leaves Sky Blue’s Freya Coombe as the only female head coach in the NWSL. Reign FC also have a coaching vacancy,

The Royals have already compiled a list of potential replacements for Harvey.

This is why you subscribe to The Equalizer Extra: you got this scoop three days before anyone else. Spread the knowledge by gifting a subscription to someone else.