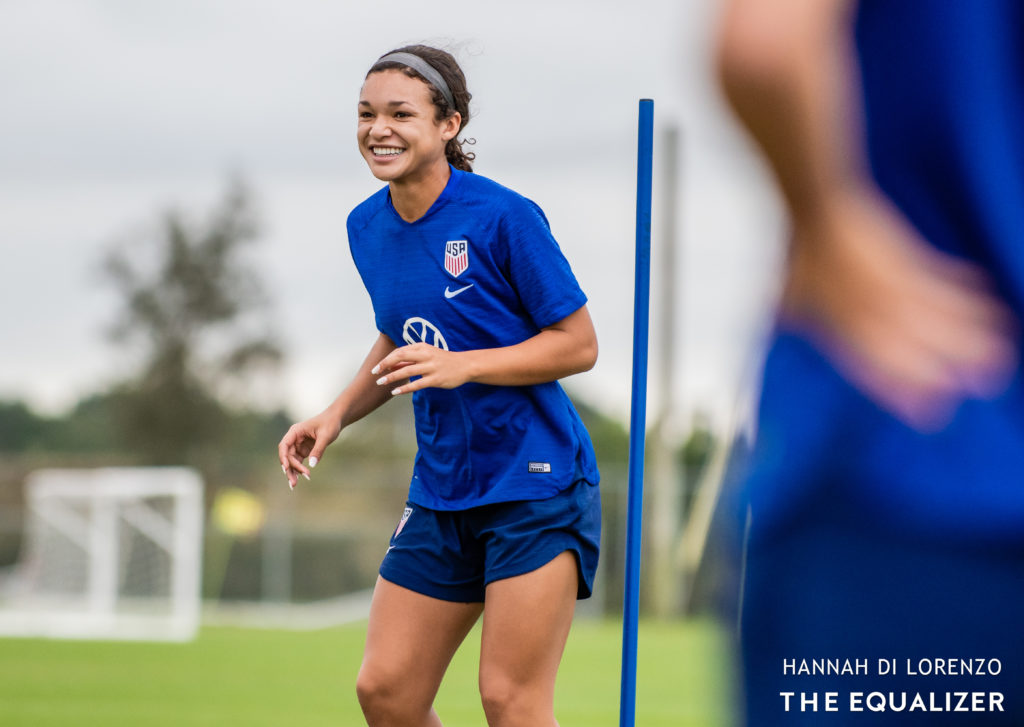 Vlatko Andonvoski spoke about changing and shaking up the U.S. women’s national team roster. However, any radical changes that new U.S. head coach wants to make are going to wait a bit longer. Right now, Andonovski is keeping it conservative with his roster.

There are six players on the current roster who were not part of the 2019 World Cup-winning team this past summer. Andi Sullivan, Jane Campbell, Midge Purce, Casey Short, Sophia Smith and Lynn Williams were named to the first roster of 2020.

Also of note, Tierna Davidson is back in the U.S. fold after recovering from injury. She has 25 international appearances, and missed out on the Chicago Red Stars NWSL Championship match against the North Carolina Courage with an ankle injury.

“The players are coming off their break, so I know everyone will be excited, rested, refreshed and ready to tackle our next goals, which are having a productive training camp and preparing for Olympic Qualifying,” Andonovski said. “A long-time strength of this team has been the internal competition on the training field and our coaching staff is looking forward to seeing that during camp as it will help us pick the best team to take to qualifying and try to earn our berth to Tokyo.”

There is only one non-professional player on the roster. Smith, who recently won the NCAA College Cup with Stanford, joins the senior national team after participating in Andonovski’s identification camp in December. Also attending in the ID camp were Purce and Campbell.

Williams will be traveling in from Australia, where she is playing on loan with Western Sydney Wanderers.

During the January camp, the United States will strictly train. There will be no friendly matches. Instead, the team begins their quest for a ticket to the Tokyo Games with the Concacaf Olympic qualifiers. The United States was drawn into a group with Haiti, Panama and Costa Rica from Jan. 28 to Feb. 3.

All three group matches will be held at BBVA Stadium in Houston, Texas. Meanwhile, the semifinals will be held on Feb. 7  and the final will be Feb. 9, with both matches in Carson, California, at the Dignity Health Sports Park.

Inside Kate Markgraf’s unique approach to the USWNT coaching search

Richie Burke: NWSL allocation money should reward American players, too
Women’s soccer is night and day from the start of the decade