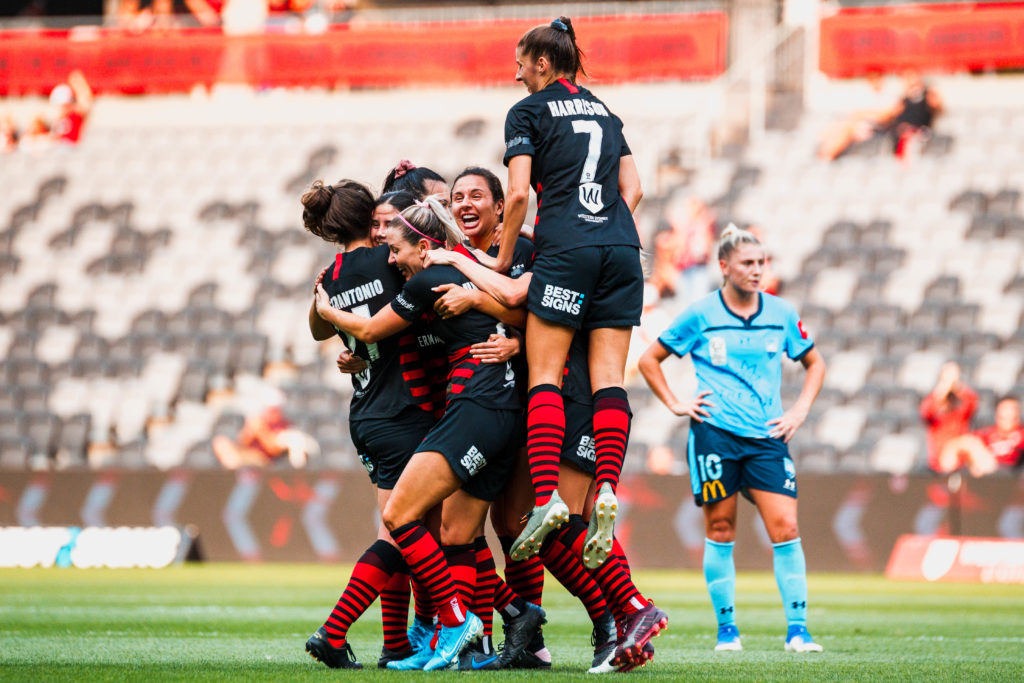 Week 6 of the Westfield W-League is in the books, and the league’s top teams are starting to distance themselves.

United States international and North Carolina Courage import Lynn Williams put on a stunning performance on Dec. 20 to lead the Western Sydney Wanderers to an emphatic 5-0 derby win at home against reigning champions Sydney FC. Williams scored in the 76th and 87th minute, and was key in attack all game, helping stake her club to an irreversible 3-0 first-half lead while registering an assist, which some observers have called the best half of football in the W-League this season.

The win not only clearly establishes that the Wanderers are serious contenders for the Premiership and League title in what would be their first playoff berth in eight seasons, but it was only their second victory (with one tie) in 15 previous derbies. Williams had 10 shots in the match, nine in the opposition’s penalty box, and now has three goals on the season. The Wanderers had 23 shots on the night to 10 for Sydney FC in front of a crowd of 2,233 at Bankwest Stadium as part of an A-League/W-League doubleheader.

Kyra Cooney-Cross scored twice in the first half, but her second goal in the 42nd minute was a long-range blast from well outside of the box in the run of play to essentially knock the stuffing out of Sydney FC. She scored the winner in the season opener against Adelaide from a long free kick well outside of the box. The 17-year-old, who has been capped at the U-17 and U-20 level by Australia, has more goals this season than in her previous 16 games across two seasons for Melbourne Victory, and should see full international action in 2020 at some point based on her high quality league performances.

Save of the Week: Shamiran Khamis, Canberra United

Canberra United goalkeeper Sham Khamis palmed away a long high shot from the right sideline in the 21st minute to keep the Greens in front of Adelaide United on Dec. 22, in a game they eventually won 2-1. The Khamis sisters were quite impactful in the win as Sham, 24, had two saves on three shots and her older sister Leena, 33, scored the first goal of the game in the 9th minute. Leena’s goal was the 42nd of her career, tying her for fifth in league history with current league television commentator Kate Gill.

Seventeen-year-old Hayley Taylor-Young scored Canberra’s second goal in the 78th minute, while Emily Condon scored a late consolation goal for the home side in her sixth season with Adelaide. Condon’s goal was only her club’s fourth of the season and they remain at the foot of the league table, while Canberra consolidated their fourth-place position and earned some space against their nearest competitors for the last playoff spot — Brisbane Roar and Melbourne Victory. Sham has been capped by the Matildas at the youth level while Leena played 25 games at the full national team level.

Rebecca Stott, the New Zealand international center back who played in the NWSL with Seattle Reign and Sky Blue FC, scored the only goal of the game on Dec. 19 in a 1-0 home win over Perth Glory. She headed the ball home in the 62nd with a gentle touch from close range after Steph Catley (Reign FC) thundered a free kick from outside the box off Perth’s crossbar and Kyah Simon headed it towards goal. Stott scored her fifth W-League goal in 80 games across six seasons; she has played in four Grand Finals in five previous campaigns, including Melbourne City’s threepeat of titles and once with Melbourne Victory in 2012/13. Stott had three shots on goal among her team’s 19 to only nine for Perth, and she had 83 touches with 66 passes for an 85% accuracy rating. City remains top of the table after their fifth consecutive win, all by one-goal advantages — a first in the league — including three by 1-0 score lines.

.@stotty_13 sneaking it home after a belter from @stephcatley 🔥

Kyah Simon (ex-Houston Dash and Boston Breakers) started for Melbourne City in the match against Perth in her 100th W-League game. She began her career with the now defunct Central Coast Mariners in the inaugural season of 2008-09 before playing with Brisbane Roar and Melbourne City, winning three Grand Finals in the process. She played for Boston Breakers and then Houston in the NWSL but was released by the latter club after the 2019 season.

This week, the Melbourne Victory signed UCLA goalkeeper and 2019 Australian Women’s World Cup team member Teagan Micah, 22, for the remainder of the season. Casey Dumont has had a tremendous season in goal for Melbourne thus far this campaign, but Micah’s signing adds quality depth to the keeper pool, which includes Melissa Maizels (who played two years each with Canberra and Perth). Micah had 12 shutouts in 20 games with a 0.78 goals-against average for UCLA this season as they made the College Cup semifinals. For her career, she had 36 shutouts in 84 games with a 0.81 career goals-against average.  Micah played in five games in total for the Wanderers in the 2015/16 season. She has yet to make a full national team debut for Australia, despite her trip to France for the 2019 World Cup. Micah was on the bench as Casey Dumont’s backup as the Victory and Roar drew 0-0 in Melbourne on Dec. 20. 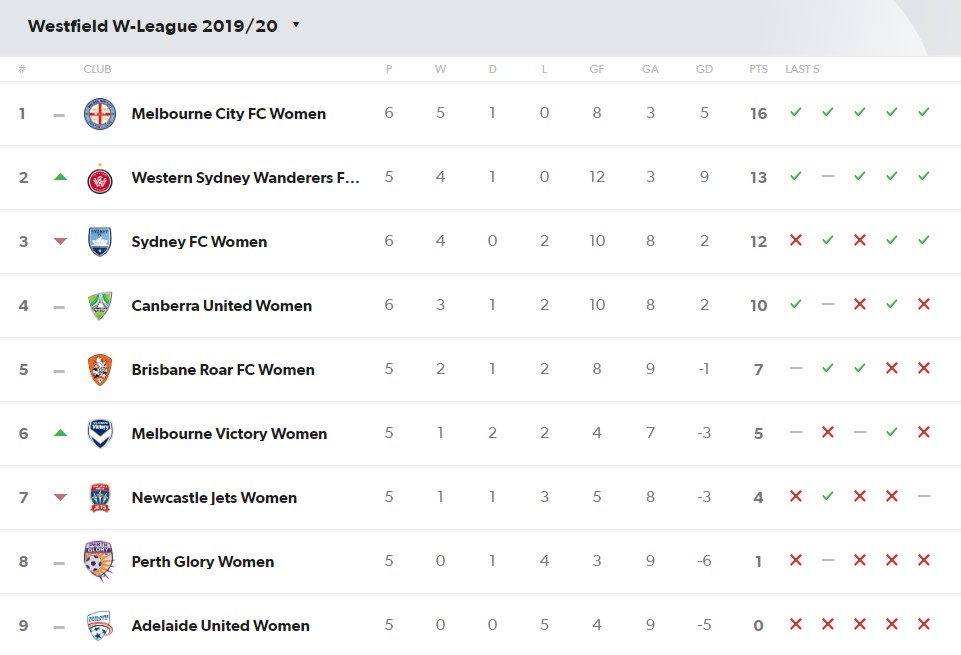