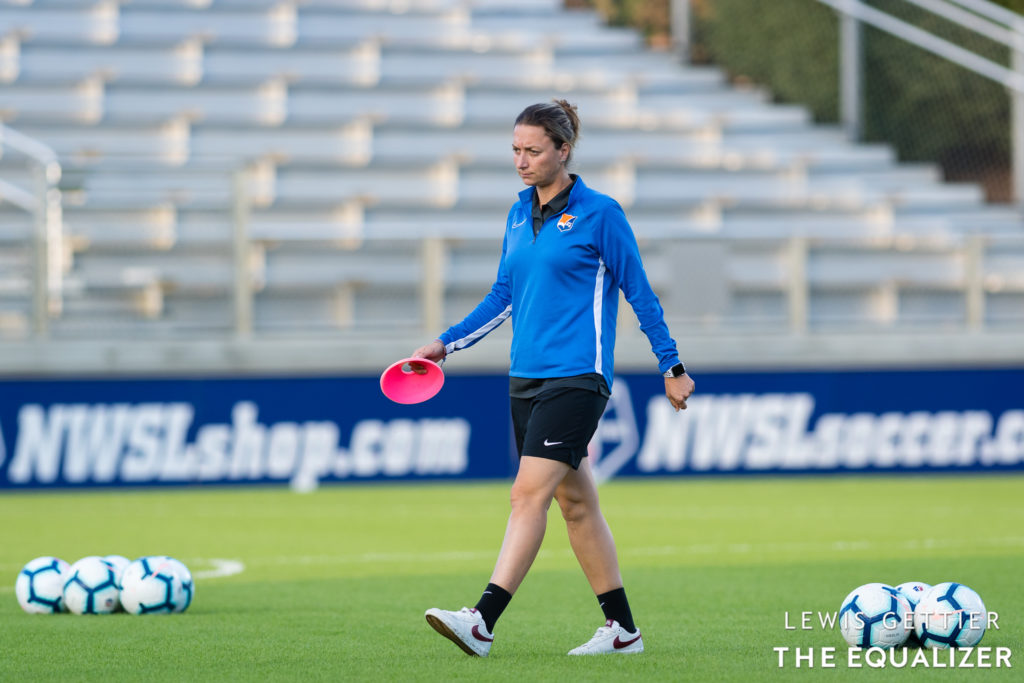 Five years ago, Freya Coombe left England for the United States in hopes of furthering her coaching career. Now she has one of the nine coveted coaching jobs in the National Women’s Soccer League. Coombe was named head coach of Sky Blue FC last week after guiding the club as interim coach over the final five matches of 2019.

“I grew up in Buckinghamshire, which is between Oxford and London,” Coombe told The Equalizer. “I always played the game at different levels growing up at various different levels back home in the U.K. And then I really got into coaching when I was at university.”

Coombe had a spell working for the FA as a women’s football development officer and then was on the staff at Reading working with their academy players. At Reading, Coombe worked closely with Kelly Chambers, now coaching Reading in the FA WSL, and Jane Ludlow, now head coach of Wales. But Coombe saw the United States as the place that would best further her career as a coach.

“It was really to get into the game more full-time,” she said. “I saw that here was a great opportunity for personal progression not just within the game but also in terms of having the experience of living overseas and the challenges that might bring. That is really what inspired me to make that move and get involved with the game over here.”

Access the best women’s soccer coverage all year long
Start your FREE, 7-day trial of The Equalizer Extra for industry-leading reporting and insight on the USWNT, NWSL and beyond.
Subscribe
Existing Users Sign In Here
Related TopicsExtraFeaturedFreya Coombe