Lauletta: The best (and worst) of the decade in women’s soccer 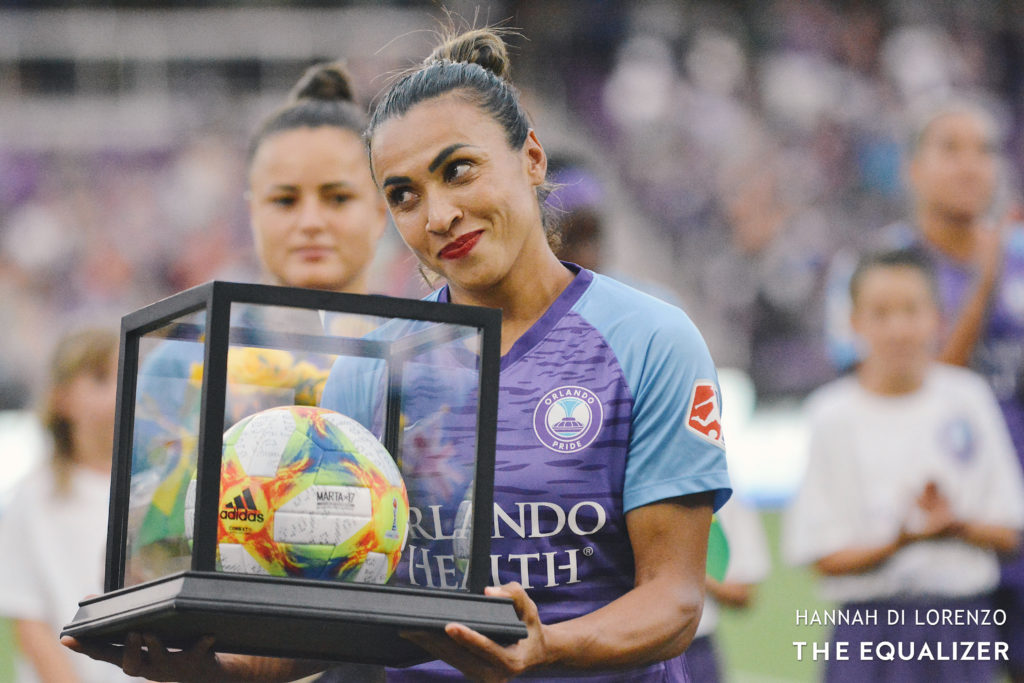 Anytime the calendar comes to the end of a year that ends in a ‘9,’ it signals the human impulse to review everything that happened over the soon-to-be-completed decade. For women’s soccer in the United States, that means examining the demise of one professional league in and then the rise and partial stabilization of another. It means looking at the rise to global prominence of the Women’s World Cup and the rebirth of what had been a faltering United States national team as one of the great brands in sports.

For better or for worse, here are some of my best and worst of the 2010s in WoSo.

Those who have only been exposed to Marta over the last three years in the National Women’s Soccer League have seen a very good player capable of doing things that few others can do. They have also missed out. The decade began with Marta as the most unstoppable force in the game. She led FC Gold Pride to the Women’s Professional Soccer (WPS) championship in 2010 and then the Western New York Flash to the same title in 2011. Her speed, strength, stamina, finesse, and killer instinct were all among the best in the world. Blended together they created a near perfect specimen.

Paul Riley, the coach on the losing end of both those WPS finals, was asked to compare Marta to Sam Kerr, whom he beat in this year’s NWSL Championship. Riley explained that Marta was (and is) a wizard on the ball and was not particularly dependent on service from teammates to create and score goals.

Marta’s Brazil exploits were also prominent. Although the overall performance of the Samba Queens did not measure up to the results of the 2000s, Marta still danced practically every dance and was the player around which the program was orchestrated.

Also considered: Christine Sinclair, named this week as Canada’s player of the decade, has been a bastion of consistency in a variety of roles. She’ll enter the 2020s on the doorstep of Abby Wambach’s all-time record for international goals… Camille Abily began the year 2010 as Marta’s teammate at Gold Pride and then went to Lyon, where she scored 144 times in 222 appearances and won the French title every season… Dzsenifer Marozsan was a midfield general for Frankfurt and then Lyon all the while performing at a high level for Germany… Becky Sauerbrunn has been the best defender in the world this decade, bar none. She should have won the Golden Ball at the 2015 World Cup… Sam Kerr put in her bid at the end of the decade but leaves as the world’s most menacing goal scorer.

A thrilling match played on the hallowed ground at Old Trafford saw Sinclair bag a hat trick for Canada, giving the Maple Leafs three separate leads. The United States would equalize each time, the last on a Wambach penalty that followed the decade’s most controversial moment. First, Canadian keeper Erin McLeod was whistled for holding the ball in her box for too long, and the ensuing free kick led to a handball that appeared to find Marie-Eve Nault with her hands pinned to her side. Alex Morgan won it with a cheeky finish in the dying seconds of extra time.

Also considered: The Western New York Flash’s 4-3 extra-time win over the Thorns in the 2016 semifinals is NWSL legend… Germany’s 2015 World Cup quarterfinal win over France was extraordinarily hard-fought with the Germans barely surviving normal time by converting a fortuitous penalty late… Brazil eking by Australia in the 2016 Olympic quarterfinals came after an intense, scoreless draw and Marta being bailed out when it looked like her PK miss would see the hosts sent home.

Carli Lloyd turned the 2015 World Cup final into her own personal highlight reel — all in the first 16 minutes. Lloyd scored in the 3rd, 5th, and 16th minutes to become the first player to score a hat trick during regulation of a World Cup final (Geoff Hurst of England needed extra time to do the same in 1966). The third goal was a chip from near midfield that reverberated around the world.

Also considered: Sinclair’s hat trick in the 2012 semifinal was as inspiring an individual effort as women’s soccer has ever seen… Kerr’s four-goal second half for Sky Blue FC on August 19, 2017, erased a 3-0 halftime deficit and concluded with a header off the recycle after she hit the crossbar, with a penalty in stoppage time… The Washington Freedom’s last game ended in disappointment with a loss to the Philadelphia Independence in the 2010 WPS playoffs but the match was as close as it was only because of Ashlyn Harris’ blinding performance in goal on what was a stifling hot afternoon.

The U.S. women were about to hit an all-time low. They were being badly outplayed by Brazil in the World Cup quarterfinal, a stage at which they had never lost. They were playing with 10 players. And then it happened. Megan Rapinoe drove a perfect cross to Abby Wambach whose head found the cross and tied the match. In that moment, the women’s soccer fan base back home rose from its slumber. The U.S. still had to win the penalty shootout, which they did, and they didn’t even win the tournament, falling to Japan in the final. But that simple moment helped turn the U.S. women into a fortified brand. The residual impact on the domestic game was not enough to save WPS, but it likely spawned the expedient formation of the NWSL, now about to start its eighth season.

Also considered: The Netherlands winning the 2017 Euros in front of an adoring nation of fans brought back memories of the magical summer of ’99 here in the U.S… The 2018 North Carolina Courage were a thing to behold, losing only once in a tour-de-force of the NWSL and even getting by PSG and Lyon in the inaugural ICC while playing without several starters… Homare Sawa propping Japan on her shoulders to win the 2011 World Cup final over the U.S., including her otherworldly equalizer in extra time… Megan Rapinoe owning the 2019 World Cup—on and off the field… The rise of Vlatko Andonovski.

In the backwards world of WoSo qualifying, the semifinal serves as the springboard to the World Cup. On this night in Cancun, Mexico held on to a 2-1 lead for the final 64 minutes to prevail in what remains the only contender for biggest upset in the history of the sport. It remanded the U.S. to the consolation match which they needed to win just to reach an intercontinental playoff just to qualify to go to the 2011 World Cup. They did all that, else the above Wambach equalizer never happens. Lost in the shock of the U.S. loss was that the win sent Mexico to their second World Cup and first since 1999.

Also considered: None really, but… Colombia beating France in the opening group match in 2015 was a shocker but did not prevent France from going through or Colombia from finishing 3rd in the group (a spot from which they advanced to the round of 16 only to lose to the U.S.)… Japan’s win over Germany in the 2011 quarterfinal is not quite a huge deal in retrospect, but few around the world thought it would happen.

Desperate for new owners, WPS leadership made the decision to allow the Washington Freedom to be sold to Dan Borislow, who moved the club to Florida and rebranded it magicJack, named after his internet-phone business. The gambit failed. Borislow ran afoul of league rules and common decency and made a mockery of much of the 2011 season. By the time it was over, the league was on shaky ground and ultimately shuttered in part to make litigation with Borislow go away. The saving grace was when the Philadelphia Independence beat magicJack in the 2011 Super Semifinal, sparing the league the embarrassment of a championship match with its red-headed stepchild.

Also considered: The equal pay battle is far more nuanced than most care to admit, but it belies logic that U.S. Soccer continues to be so tone deaf on the matter. The new decade starts with pending litigation on multiple fronts… Sky Blue’s off-field woes which came to a head in the summer of 2018, as first reported on this site… The 2015 World Cup being played on artificial turf… The 2019 World Cup ticketing fiasco… Earlier developments in WPS that helped create the magicJack situation, notably Saint Louis Athletica folding during the 2010 season after owner Jeff Cooper had brought in clandestine partners to help pay the bills he could not… The 2017 NWSL Championship was everything a final should not be… Tom Sermanni’s unceremonious firing as U.S. coach between games of a two-game series of friendlies in 2014.