Inside Kate Markgraf’s unique approach to the USWNT coaching search 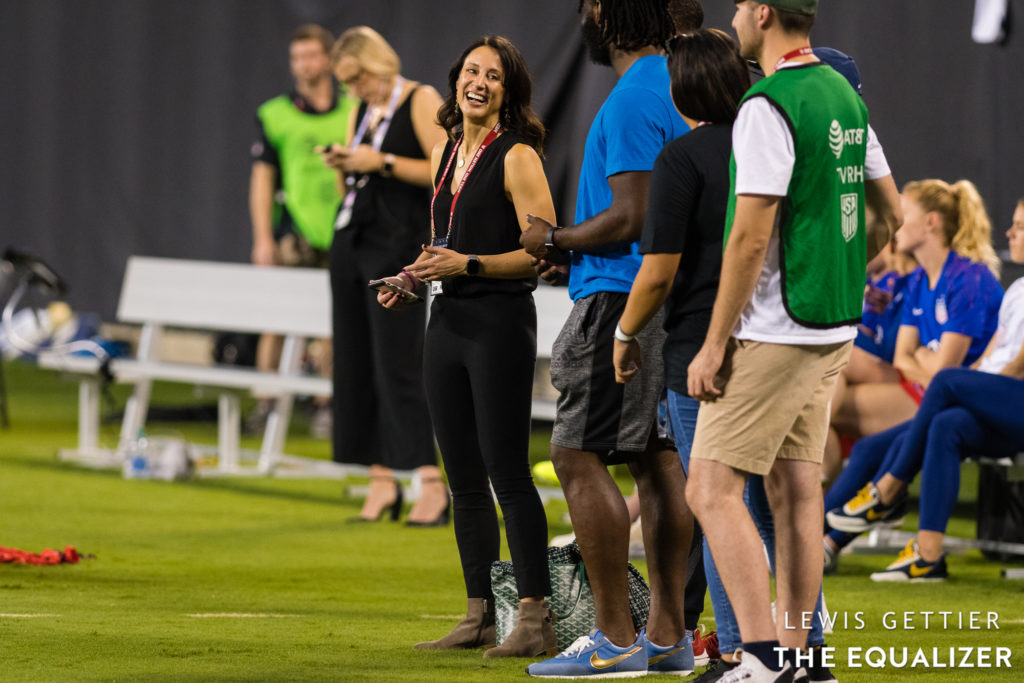 U.S. Soccer enters 2020 juggling multiple lawsuits and internal-turned-public employee dissatisfaction which has factored into the federation’s delay in naming a new CEO, a position vacant since September. Now, more than ever, there’s a need for fresh perspective within the federation.

The hiring of Kate Markgraf as the general manager of the U.S. women’s national team qualifies as such. While Markgraf is a former national team player, she hasn’t previously served in any administrative positions for U.S. Soccer. She came to the federation after several years as a TV broadcaster unafraid to share honest — even if sometimes unpopular — opinions.

Markgraf’s first task as GM was hiring a coach, which turned out to be Vlatko Andonovski. There was not previously a general manager for the U.S. women’s national team, so the hiring process for a head coach was in the past driven by former U.S. Soccer president Sunil Gulati. Markgraf said she never thought she would be in any role which would have her so closely analyze coaching candidates.

“I think the entire process was probably aided in the fact that my experiences and opinions had been shaped from an observer point of view, with no intention — no thought — that I would ever be in a position to hire a national team coach,” Markgraf recently told The Equalizer.

Access the best women’s soccer coverage all year long
Start your FREE, 7-day trial of The Equalizer Extra for industry-leading reporting and insight on the USWNT, NWSL and beyond.
Subscribe
Existing Users Sign In Here
Related TopicsExtraFeaturedKate MarkgrafVlatko Andonovski

Lauletta: The best (and worst) of the decade in women’s soccer
Duffy expects USSF-NWSL managerial relationship will continue in 2020