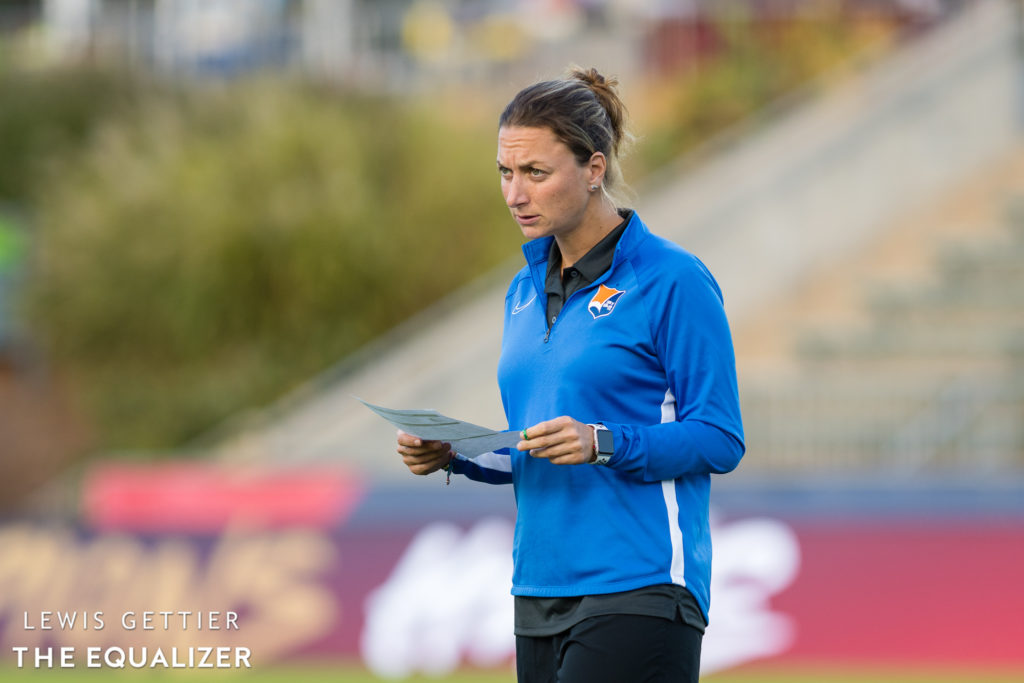 Freya Coombe has been named the head coach of Sky Blue FC for the 2020 National Women’s Soccer League season, the club announced on Tuesday.

Coombe took over as interim head coach of the team in September, compiling a record of 1-3-1, with all three losses coming against NWSL Championship finalists Chicago Red Stars and North Carolina Courage.

“I’m extremely humbled and grateful to management, ownership, the players, and the Sky Blue family for giving me the opportunity to be the head coach of this energized club.” Coombe said. “We laid a strong foundation for success last year, and we’re already working diligently this offseason to help the organization take the next step.”

Coombe was previously the director of scouting and a Development Academy coach at youth outfit New York Soccer Club. She holds USSF B and UEFA B licenses and, according to Sky Blue FC, “aims to receive her USSF A license this year.” An A license is required to be a head coach in a sanctioned U.S. professional league.

Coombe played for English side Reading FC for five years and remained with the team for seven more years in a coaching role. During her time on staff with Reading, she served as director of coaching for the Reading FC Centre of Excellence and as the women’s development team manager for Reading FC Women.

“We are thrilled to continue the work we began with Freya this past season as this club continues to progress and push forward,” Sky Blue general manager Alyse LaHue said. “She is the embodiment of the culture we’re striving to develop, and I’m excited to have her back as we build a new future for Sky Blue.”

Sky Blue FC had been without a full-time head coach since Denise Reddy was fired in late June.

With the announcement, Reign FC is the only club with a standing head-coaching vacancy.

The Lowdown: Sky Blue’s move and the big picture on NWSL attendance

Brooke Elby takes a new perspective
Lauletta: The best (and worst) of the decade in women’s soccer