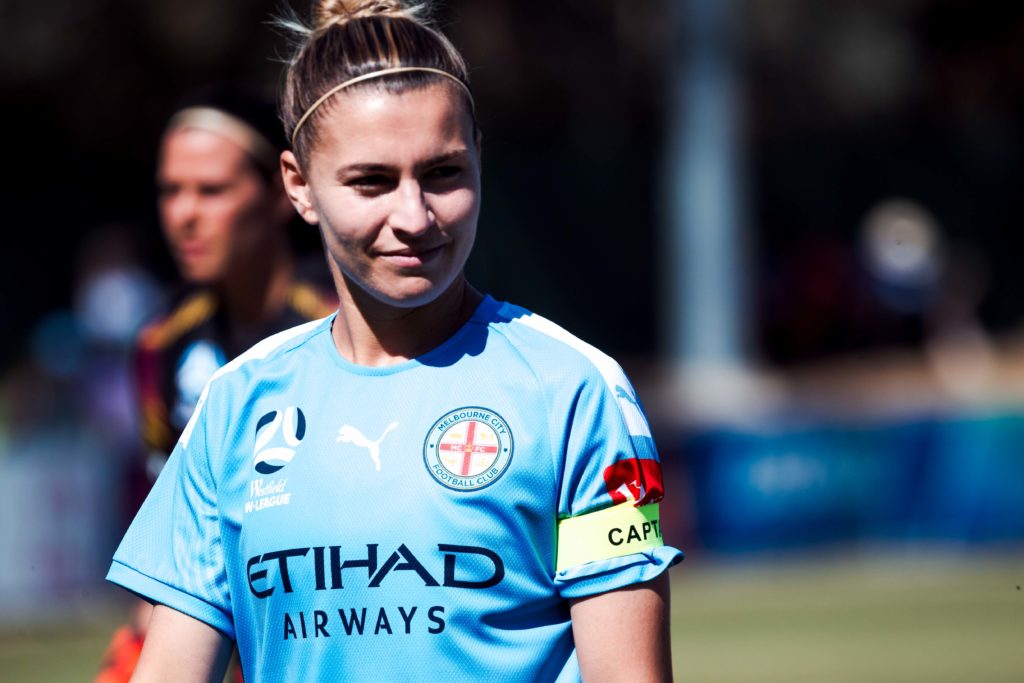 Australia’s W-League marches on with Week 5 of the action, while Australia and New Zealand have submitted a joint bid to host the 2023 Women’s World Cup. Just as we do every week, we’re bringing you the scoop from Down Under:

Steph Catley, Reign FC’s Australian international, was dynamic all night for Melbourne City on Dec. 12 as they bested Melbourne Victory 1-0 in front of 907 fans. Catley sent in 11 crosses — the most on her team and more than the Victory players combined had all night (eight). Catley, operating primarily on the left side, crossed into the box for former Japanese Women’s World Cup winner Yukari Kinga to get on the end of from close range for the only goal of the match in the 89th minute. Catley’s play was crucial in an important win for the still undefeated City side over last season’s regular-season title holders, which made a strong statement that last’s season’s narrow playoff miss was an aberration for the City club.

⚽️ Kinga with the latest EVER #MelbDerby winner.

Honorable mention for Player of the Week must go to Sydney FC captain and midfielder Teresa Polias — who entered her 12th league season with the all-time record of W-League appearances with 130 — and had a fine game for Sydney FC in their 2-0 win away against the Newcastle Jets on Dec. 15. She played all but the last three minutes of the match, with 55 passes (second in the match to teammate Alanna Kennedy’s 57) and 84 percent passing accuracy. She had 14 crosses and stripped Jets forward Tara Andrews of the ball before striking a powerful shot from well outside of the penalty area that drew a flying save from Jets keeper Claire Coelho in the 28th minute when the game was still scoreless. Remy Siemsen scored once in each half to take her season total to six goals, all coming as braces across three games. Veronica Latsko (Houston Dash) played the last 24 minutes of the match for Sydney in her first game action since suffering a knee injury in May.

Sixteen-year-old Matildas forward Mary Fowler scored Adelaide’s first goal of the season in the 25th minute to reduce a 2-0 early Brisbane Roar advantage on Dec. 14 in Brisbane. Adelaide eventually fell 3-2 but Fowler’s strike — her second of the season for a side that only has three goals in 2019/20 — was a low shot from the far right top corner of the Roar penalty box into the left side of the goal past Matildas goalkeeper Mackenzie Arnold. Fowler continues to impress for an Adelaide side that is struggling but playing better than their 0 points on the season would indicate.

Adelaide United goalkeeper Sarah Willacy, in her fourth season with the team,
made a tremendous fingertip save to push a Katrina Gorry shot onto the crossbar and away; Gorry was just across midfield on a breakaway and blasted the ball towards goal. That save in the 3rd minute of first-half stoppage time kept the Reds in the match. Adelaide eventually pulled even through Mallory Weber’s (Utah Royals) goal in the 76th minute before Hayley Raso (Portland Thorns) scored her second of the game seven minutes later to give the Roar a 3-2 win at home on Dec. 14. Willacy finished with nine saves on 12 shots.

Honorable mention goes to Perth’s goalkeeper Eliza Campbell, whose overall body of work was superb to keep Perth in the game against Canberra, finishing with nine saves to allow Perth to gain their first point of the season in a 1-1 draw on Dec. 13. Also, though Melbourne Victory has been struggling this season — winning only one game in four, plus two decisive losses in the first AFC Women’s Club Championship in the Korea Republic — goalkeeper Casey Dumont continues to be stellar in goal. She saved a penalty kick in the first half from Australian international midfielder Emily Van Egmond to keep her club in the derby against City. Victory had only one shot all game to City’s 13. Dumont finished with four saves.

Who gets your #WLeague Save of the Round vote? 🗳

The North Carolina Courage’s American import, Kaleigh Kurtz, had a strong game for Canberra in their 1-1 tie away to Perth. Kurtz, playing on the left side of the United defense, sent a 60-yard pass to Simone Charley (Portland Thorns) who cleanly took the ball out of the air and then scored the opening goal in the 15th minute. Unfortunately for them, United couldn’t hold the 3 points as Glory defender Kim Carroll scored a 90th minute goal off a corner, her first in 10 seasons in the W-League. Carroll entered the campaign with 104 career W-League appearances for the Glory and Brisbane Roar. The attendance was only 315 at Dorrien Gardens, the smallest W-League crowd of the season. Kurtz, who played at the Universities of Richmond and South Carolina and then a season in Sweden with Ostersunds DFF, made the Courage roster in 2018 through their preseason camp and played in six matches, upping that to nine matches in 2019.

The Football Federations of Australia and New Zealand announced this week that they were preparing a joint bid for the 2023 Women’s World Cup, which they submitted to FIFA on Dec. 13. FIFA received three other bids by the submission deadline, from Japan (AFC), Colombia and Brazil (both CONMEBOL).

Australian Federal Minister for Youth and Sport Richard Colbeck discussed the unique join bid: “Australia and New Zealand have a successful history of both staging and co-hosting major international sporting events. We have the infrastructure, expertise and enthusiasm to co-host the FIFA Women’s World Cup 2023 and I wish FFA and New Zealand Football every success.”

New Zealand Football Federation President Johanna Wood added, “NZF and FFA are excited to be joining together ‘As One’ to Bid for the FIFA Women’s World Cup 2023. The opportunity to partner, across not just member association boundaries but also confederation boundaries, represents a new level of cooperation for football. I would like to thank the team who have worked tirelessly to get our submission together which is no mean feat but, more importantly, demonstrates the strong relationship between our two nations and member associations.”

Melbourne City, Reign FC and Matildas goalkeeper Lydia Williams tweeted about the agreement by simply saying, “This is hugeeee.”

This is an interesting approach for the 2023 expanded Women’s World Cup (with 32 teams up from 24 this past summer) and the two nations share clubs in soccer’s A-League (Wellington Phoenix) and the National Rugby League (New Zealand Warriors in Auckland). If Korea Republic and Japan can successfully pull off a joint Men’s World Cup in 2002, one would expect that the Australia-New Zealand joint effort should go much more smoothly. New Zealand coach Tom Sermanni was the Matildas coach for years and should be an asset to the bidding process. This effort, if successful, would also be a huge boost to the Oceania Confederation, which has struggled of late to keep up with other regions on the men’s and women’s sides. If AU-NZ are selected, one would hope that Oceania would receive a second 2023 World Cup berth as well as New Zealand as a host, which will help drive improvement on the women’s side in a region that the Football Ferns have dominated to date. Australia was a member of the OFC until joining the Asian Confederation in 2006. 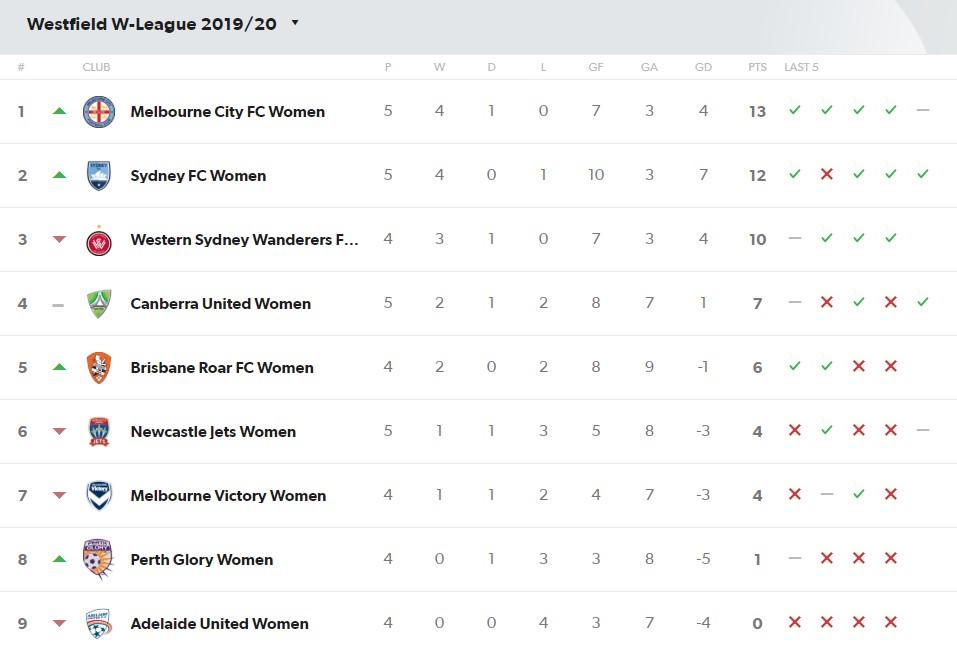