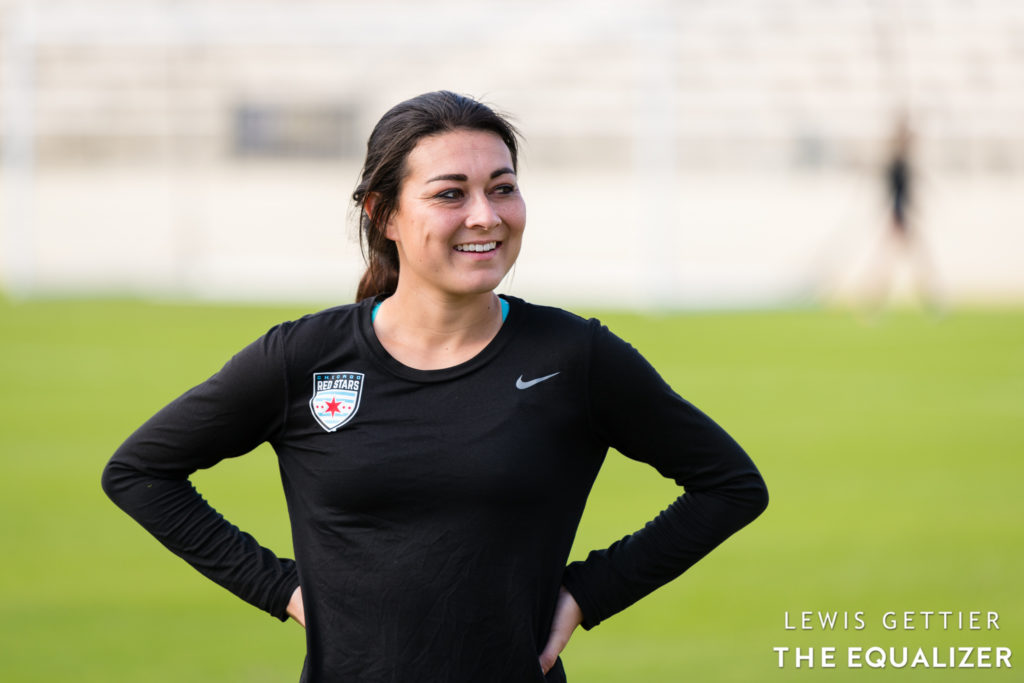 Brooke Elby has had quite the year.

Last offseason, she spent her time working on a number of items for the National Women’s Soccer League Players Association, including the group’s by-laws and website. Then, in the spring, she became the organization’s president.

And less than a month into her tenure as president, Elby proved instrumental in looking after her players’ safety when she helped convince the league to cancel a game on a snow-and-ice-covered field in Chicago in April. She also scored the first two goals of her professional career this season, led the players’ association in negotiating a partnership with Hulu, and saw her Chicago Red Stars team reach the NWSL final for the first time in the history of their franchise.

Now, it’s time for new adventures. This time, they’ll be off the pitch, as she steps away from her playing career and into post-graduate work at Columbia Business School in New York City.

“It’s been kind of in the back of my mind for a while,” Elby recently told The Equalizer.

“It was something I was very interested in while I was studying [as an] undergrad, but I really wanted to pursue a professional [playing] career. A big part of this game is understanding the sustainability of it all. As a player, I’ve really seen that on the players’ association side. Being so involved as president kind of made me want to look at things from a different perspective.”

Elby says that her work as the NWSLPA’s president made her realize what she didn’t know about the business side of the game. In order to gain that knowledge, and help the league and the players over the long-term, she’d have to end her playing career. But while that means she won’t be lacing up her boots anymore, she is staying on in a leadership position with the NWSLPA. As of Jan. 1, 2020, Elby will serve as co-executive director of the NWSLPA alongside Yael Averbuch.

Since its inception, the NWSL has seen remarkable growth in player salaries, with the minimum salary increasing 233% since 2013 and the maximum salary rising 67% over that same time period. However, those percentage increases mask what still remains a low overall minimum of $20,000 and maximum of $50,000 for the upcoming 2020 season.

NWSL minimum/maximum salaries over its history:

Elby says the league’s low pay also played a part in her decision to retire at age 26.

“It’s always a factor,” she said. “We get to do something that’s so incredible and singular, just being a professional athlete. But it also comes with [an] opportunity cost.”

“If I was making millions off of it, it would be a totally different story,” she added. “[The league] is growing and the salaries are increasing, but we’re sort of the pioneers of that and we’re probably not going to see all the benefits of it. It’s definitely something you have to think about when you’re [wondering], ‘When is the time to move on?”

The University of North Carolina alumna also says that these types of early retirements — which are far from atypical in the NWSL — harm the league and, indirectly, the United States women’s national team.

“It is impactful for the league because you don’t want to see players retiring after just a couple of years,” she explained. “We want to see people really develop. And this is a league that [feeds] into the national team so we want it to be advantageous for every player that comes through it.

“If the pay is what’s keeping people out of the league, or ending their careers early, that’s something that’s definitely going to, down the road, hurt the league.” 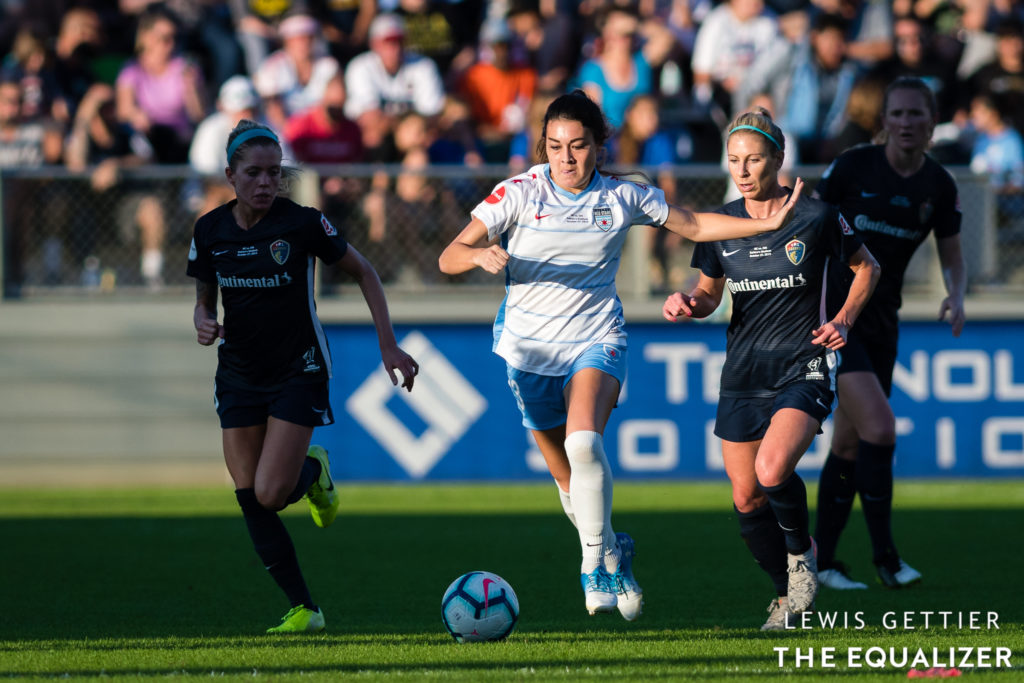 In November, the NWSL announced new compensation guidelines, which not only included a raise in pay, but mandated year-round housing be provided to the players and created allocation money that can be used to attract and keep more talented players — both foreign and domestic — in the NWSL.

Elby says those changes will lead to increased stability for the players, and help the league maintain its status as one of the best in the world.

“The allocation money is going to be really substantial in growing this league,” she said. “There is a huge market of talent for women’s soccer and we want to make sure this league remains the best league out there and that’s going to be pulling in some international players and sometimes money is a factor in that.

“If we can minimize any monetary issue, I think we could pull in some big superstars and that’ll just help this league gain visibility and [awareness] that could be huge for its growth.”

Elby says the people that she’s met and the friends that she’s made along the way will be among the biggest takeaways from her years as a professional player. And she thinks the next step for the players’ association — which she compares to a startup — is to gain momentum from the work they’ve already done.

“This year was about making sure people understand what we’re here to do for them, how we can grow together and become that one voice for the players,” she said.

“There is a lot to look forward to with this league. I think sometimes it’s hard to see that from the outside, but there are a lot of changes happening, a lot of positivity.”