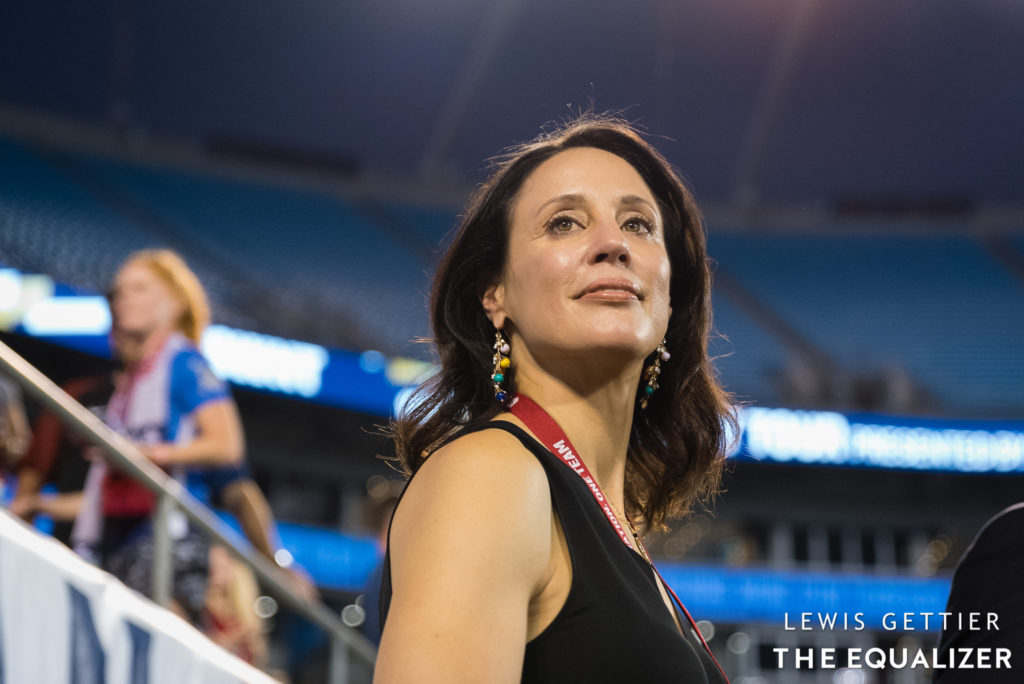 Being tasked with hiring the next head coach of the two-time defending World Cup champions, especially as a first order of business, isn’t exactly easing into a new job. Compared to the challenges which lie ahead, however, that might have been the easy part for new United States women’s national team general manager Kate Markgraf.

Next, Markgraf must align the senior team with the youth national teams. How does a United States national team look when it plays? And can that answer be consistent no matter the age of the team playing?

“We need to continue to evolve,” Markgraf tells The Equalizer, “because we can’t be the same team we were in 2019 and win. I thought that was the best U.S. team I’d ever seen. Better than our ’99 team. I can’t say that I’ve said that about any team definitively since I played. I thought that 2019 was the best I’ve ever seen at any position.” She adds one concession: nobody can replace Michelle Akers.

Access the best women’s soccer coverage all year long
Start your FREE, 7-day trial of The Equalizer Extra for industry-leading reporting and insight on the USWNT, NWSL and beyond.
Subscribe
Existing Users Sign In Here
Related TopicsExtraFeaturedKate Markgraf

Meet Jené Baclawski, the American leading Saint Kitts and Nevis into Olympic qualifying
The Equalizer Podcast, Episode 89: 2019, What a Year