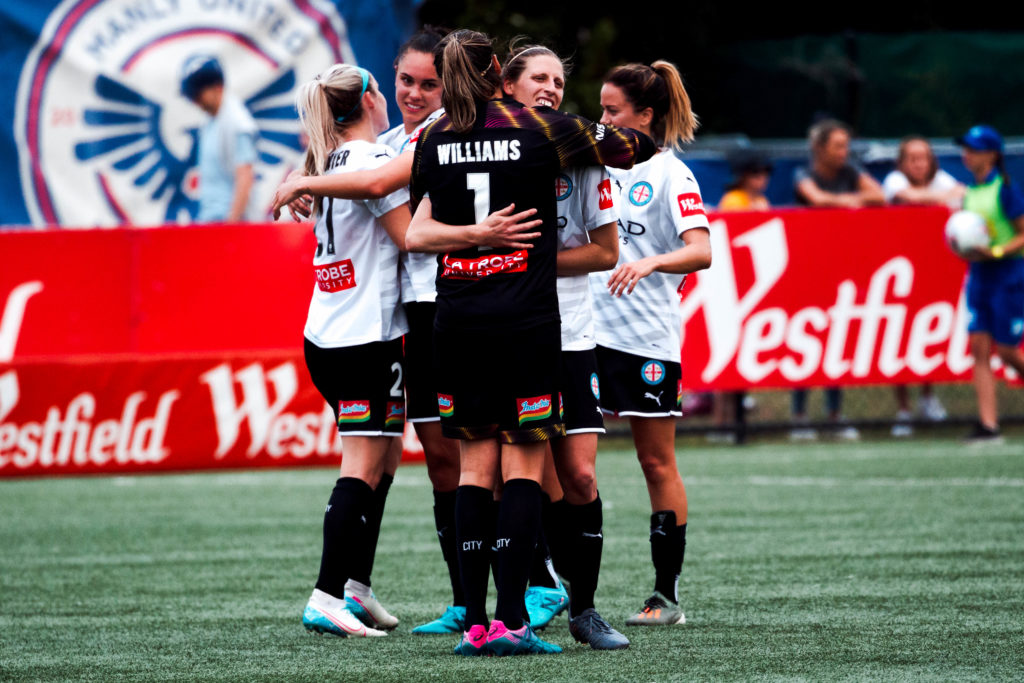 Week 4 of the Westfield W-League saw Sydney FC lose for the first time. Here’s everything you need to know from the most recent round of action:

Australian international and Portland Thorns loanee Hayley Raso was vital to the Brisbane Roar in winning their first match of the 2019/20 W-League season, a 2-1 away win over Canberra United on Dec. 5. Raso assisted on the opening goal by Tameka Yallop and then scored the ultimate winner from a long goal kick from MacKenzie Arnold (see below). Raso threatened the Canberra defense all night in a game that the Roar had to win to stay in touch with the early season leaders, after losing their first two games to Melbourne City and the Western Sydney Wanderers, both at home.

For the second week in a row Elise Thorsnes, the Norwegian international and former Utah Royals player, is this writer’s choice for Goal of the Week, as she scored in the 66th minute in Canberra’s 2-1 home loss to Brisbane. Thornes stripped Clare Polkinghorne of the ball deep in the Roar’s half of the field, took two touches into the box and then rifled a shot high into the far side of MacKenzie Arnold’s goal. Thorsnes now has eight goals in 11 W-League matches for Canberra, having played with the club in the 2017/18 season.

Tara Andrews of the Newcastle Jets deserves an honorable mention nod for her shot into the far corner after a cut-back move in the Perth penalty area for the Jets’ ultimate winner in the 46th minute of their 2-1 victory on Dec. 7. The former Colorado Pride (USL W-League) forward scored her third goal of the season (32nd in her 10-year W-League career) as the Jets won their first game of the season and first ever victory in Perth, after five ties and five defeats.

Great tekkers from Tara Andrews to give @NewcastleJetsFC a 2-0 lead straight out of the sheds!#PERvNEW #WLeague

Andrews did have a late penalty saved by Eliza Campbell in the Perth goal but the Jets hung on for the win. Spanish international Celia Jimenez (Reign FC) scored the consolation goal for the Glory in the 57th minute — only Perth’s second goal so far this campaign after three matches.

Save of the Week: MacKenzie Arnold, Brisbane Roar

Australian international goalkeeper MacKenzie Arnold (Chicago Red Stars) made a tremendous one-handed diving reflex save in the 87th minute from Canberra United substitute forward Leena Khamis’ header just a few yards off the goal line, helping seal the Roar’s first victory of the season over Canberra United 2-1 in front of 1,185 in the national capital.

Arnold also had an assist — her first in the W-League — on a long free kick that fell nicely for Hayley Raso (Portland Thorns) to head into the goal near the top of the box past the onrushing Canberra keeper Sham Kahamis in the 41st minute for the ultimate winner. When asked after the game by the television announcers if that was a set play, she laughed and said, “Not at all. It’s just a kick. I couldn’t tell you where it was going. It just ended up in the right spot…. Luckily, how fast does [Raso] get on the end of anything? I gave it a shot and there it is.”

Arnold finished with four saves on the night in a match that Brisbane largely controlled from the opening whistle, particularly in the first half.

Milica Mijatovic, the Serbian international is making her mark on a Melbourne City side that is desperate to make the playoffs in their fifth season, in order to challenge for a fourth league title, after narrowly missing out on the semifinals last season.

There were some questions about how Mijatovic would fit in (like other leagues, the W-League in the past has had some unknown internationals come in and flame out) but she has been quite a revelation. In City’s 2-1 road victory over previously undefeated Sydney FC, in front of 2,690 in suburban Manley, Mijatovic dribbled far into the Sydney FC half from near midfield before feeding Australian international Emily Van Egmond, who scored her third goal of the year in the 3rd minute.

Mijatovic then scored on a blast from near the top of the box in the 76th minute to seal the three points for Melbourne City. Mijatovic joined City after her first season in Norway with Arna-Bjornar. Sofia Huerta (Houston Dash) replied for Sydney in the 40th minute for her first goal of the season.

🚀How's the connection?! Milica Mijatovic's volley wins it for @MelbourneCity 💪

Strong consideration was given to Lynn Williams and Sam Staab, both of the Western Sydney Wanderers. Williams, on loan from the North Carolina Courage, scored her first goal in the W-League to give her club a 1-1 tie away to Melbourne Victory on Dec. 7 keep them undefeated in their historic start to the 2019/20 season.

Staab, on loan from the Washington Spirit, had an excellent close-range volley from a long cross in the final seconds of the match, but Casey Dumont in the Victory goal sprawled to push the ball away and maintain a share of the points. Staab had 97 touches on the ball and 74 passes — both the highest totals of any player in the game — and had a passing accuracy rate of an outstanding 86.5%. She has played quite well for the high-flying Wanderers in her first year in Australia, after a strong rookie season in Washington. 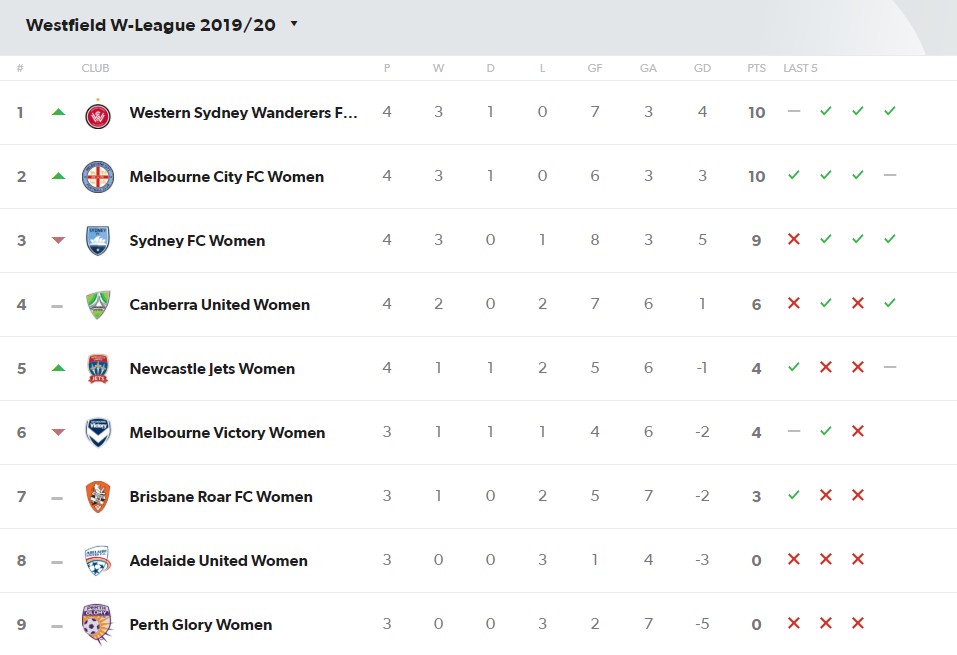