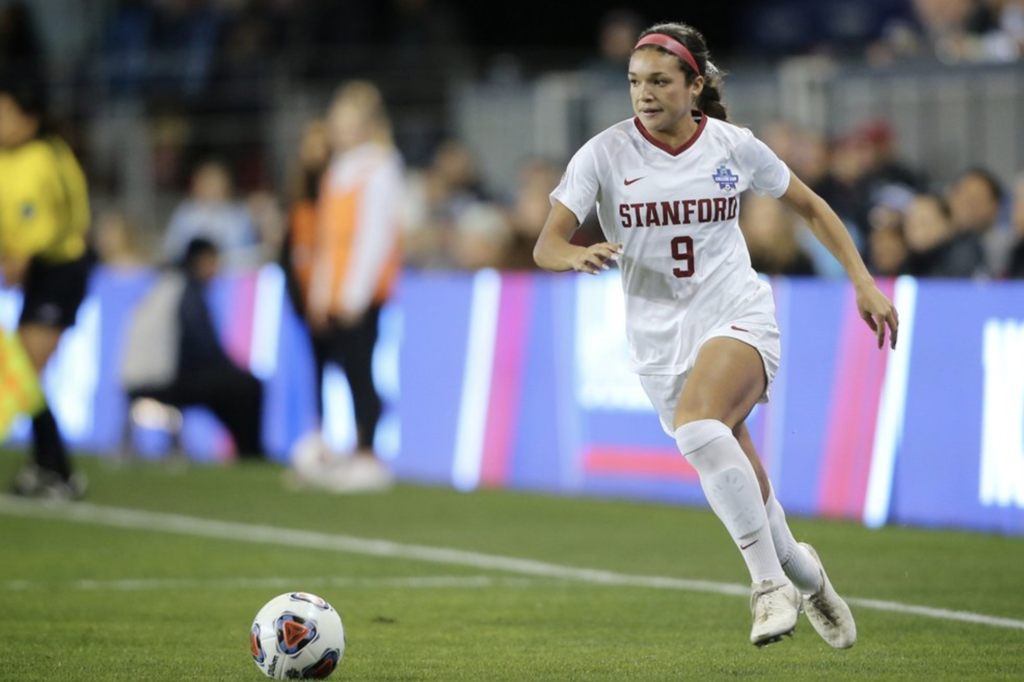 It took more than 90 minutes, but the NCAA has its College Cup champion. Winning their first title since 2017, Stanford survived and conquered against North Carolina. Both teams had plenty of offensive chances in regular time, but couldn’t find the back of each other’s net.

For a majority of the first half, North Carolina took advantage. However, Stanford had a few good looks, including a one-on-one run from Sophia Smith, as she drilled a shot at Claudia Dickey. The goalkeeper for UNC made the save, keeping a regular-time clean sheet. North Carolina opened up the second half with an early chance, with Isabel Cox making moves inside the box and firing a shot wide of goalkeeper Katie Meyer.

Madison Haley had the best chance for Stanford in the second half, with a floating header that skipped wide of the net. North Carolina finished the first 90 minutes with a total of only six shots, with two registering on goal from Bridgette Andrzejewski and Maycee Bell.

The team was also without the help of Emily Fox, who tore her ACL in this year’s College Cup.

Meanwhile, Stanford took a total of 18 shots. Three shots on goal came from Catarina Macario, while the other two came off of Smith. For Stanford, the match going into overtime was their first of the season.

A combined total of 20 minutes of extra time ended scoreless. Each team went on to penalty kicks to decide the winner. Meyer made the first save on the very first penalty, taken by Taylor Otto. However, Stanford went back to being tied with the Tar Heels, when Carly Malatskey missed her attempt against Dickey.

However, the deciding factor was a miss from UNC’s Tori Hansen, which was the first of extra penalties. Stepping up to the spot to seal the deal for Stanford was Kiki Pickett, who slotted her shot past Dickey. Stanford’s win is their third national championship and the third for head coach Paul Ratcliffe.