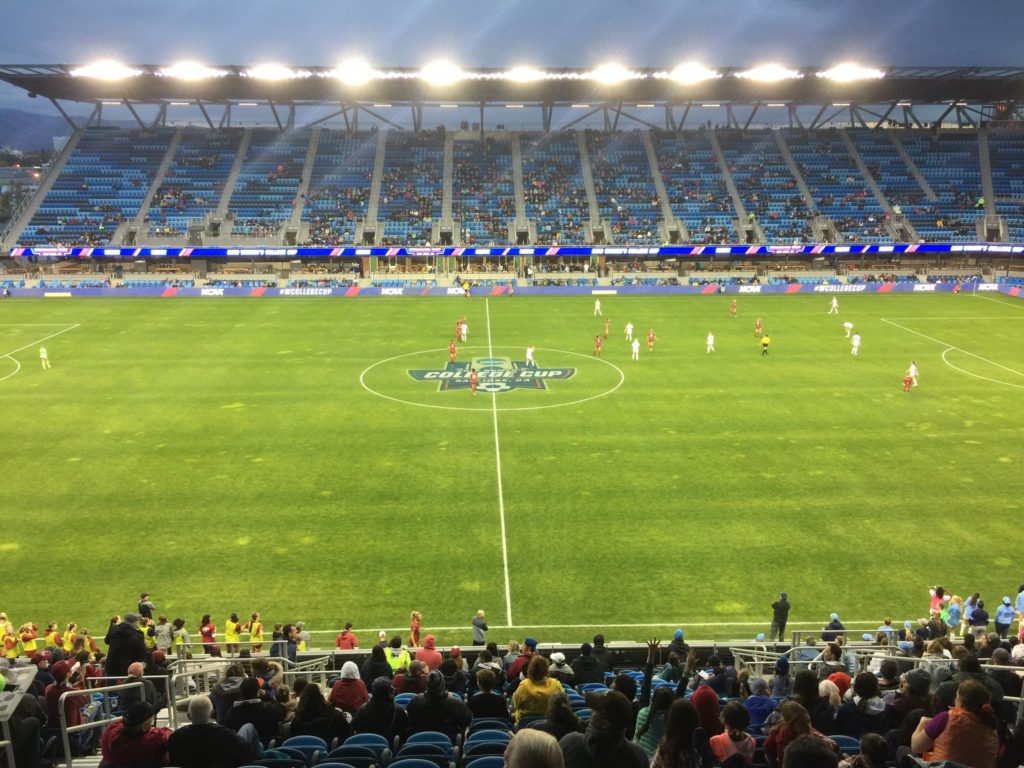 No. 1 overall seed Stanford dominated UCLA in Friday’s second semifinal, winning 4-1. UCLA got on the board first, seven minutes into the match, when Chloe Castaneda found net on an ugly mistake from Stanford goalkeeper Katie Meyer, who tried to push the ball over the net but pushed it into the net.

STANFORD WITH THE ANSWER 🗣

Sophia Smith puts it away to make it a 1-1 game!#WCollegeCup | @stanfordwsoccer pic.twitter.com/xSdlc2fJYn

Meyer came up big moments before halftime when she saved Mia Fishel’s penalty kick to prevent UCLA from pulling within a goal.

Smith completed her hat trick seven minutes after halftime to seal a 4-1 victory for Stanford, who out-shot UCLA 25-7.

On Friday, the unseeded Washington State Cougars, appearing in their first College Cup, got on the board first. Morgan Weaver scored seven minutes into the match for her 15th tally of the season.

Morgan Weaver finishes it to put the Cougs up 1-0 on North Carolina in the 7th minute.#WCollegeCup | @wsucougarsoccer pic.twitter.com/uJRrqggY7a

North Carolina, however, would answer. Alessia Russo got behind the Cougars’ defense and poked the ball into the net for the equalizer in the 24th minute. Fourteen minutes later, freshman forward Alexis Strickland scored the eventual game-winner, getting her head on a Ru Mucherera cross.

North Carolina will be in search of a 22nd NCAA title in the final in this 38th edition of the tournament. The Tar Heels haven’t won the national title since 2012. They fell short to ACC rival Florida State in last year’s championship match.

Stanford last won the national title in 2017, defeating UCLA in the final. It was the Cardinal’s second NCAA women’s soccer championship.

UNC and Stanford met in the championship once before, in 2009. The Tar Heels prevailed, 1-0 on an early goal from Jess McDonald. UNC leads the all-time series, 9-2-3.