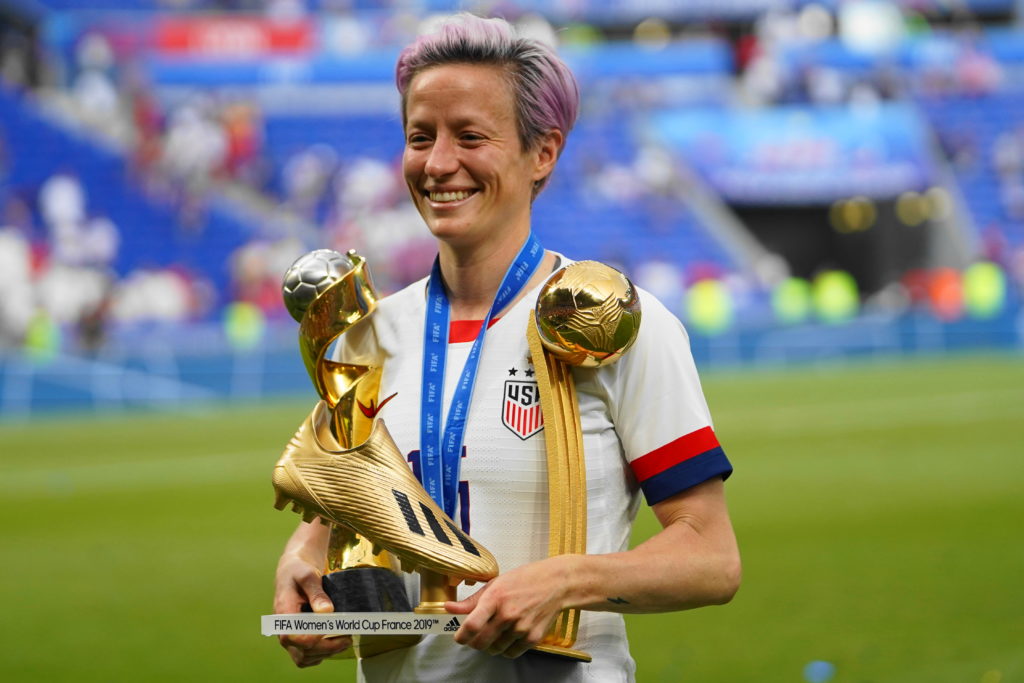 Megan Rapinoe on Monday was named the winner of France Football’s second ever women’s Ballon d’Or award, adding to her collection of 2019 acclaims. Rapinoe was named the best women’s player in the world by FIFA in September after winning the Golden Ball as the 2019 World Cup’s best player in July.

Rapinoe beat out England defender Lucy Bronze and United States teammate Alex Morgan to win the award, just as she did to win the FIFA honor.

Rapinoe tallied nine goals and seven assists in 15 games for the U.S. this year. Six of those goals came at the World Cup, a haul which also won her the Golden Boot. She played in only six games for Reign FC this National Women’s Soccer League season due to injuries and national team commitments.