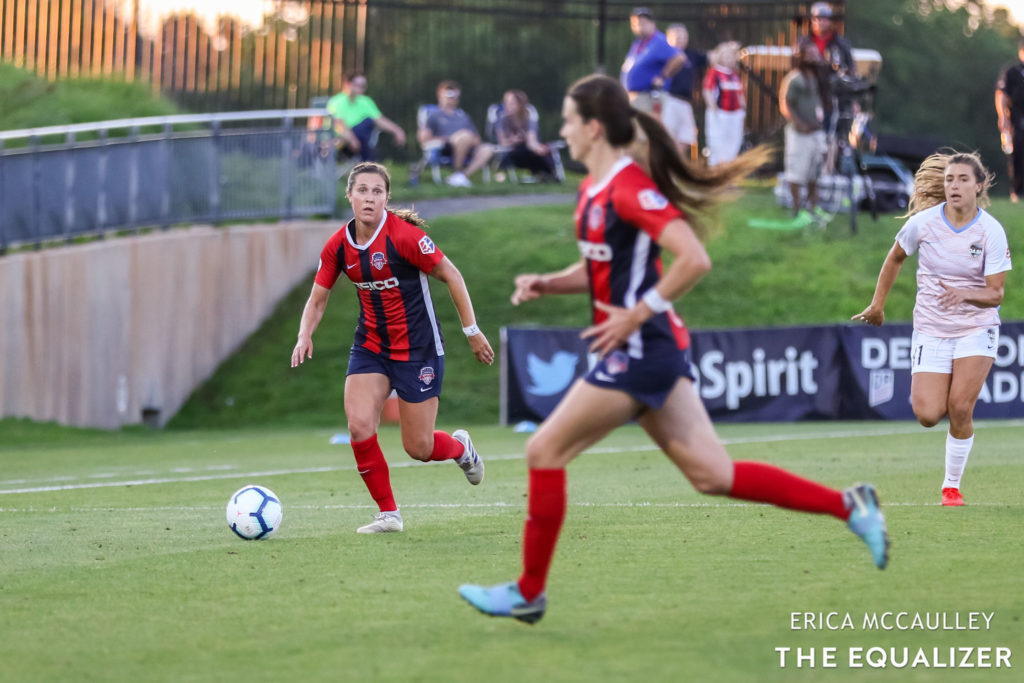 When Vlatko Andonovski took the United States women’s national team coaching job in October, he said he wanted to intelligently expand the current player pool. That begins with a December identification camp, something which has been in the team’s collective bargaining agreement as an option but is being held for the first time in recent history.

U.S. Soccer on Wednesday announced that Andonovski has called up 24 players for a camp to take place from Dec. 9-14 in Bradenton, Florida. The camp will not include any of the U.S.’ 23 World Cup players; contracted U.S. players have a mandated six-week rest period between the November friendlies and January camp, per the CBA. There will not be any official matches held during the December camp.

Thirteen of the players headed to camp played in the National Women’s Soccer League in 2019, while 10 are still in college. Seventeen of the players are uncapped — Reign FC goalkeeper Casey Murphy and forward Bethany Balcer among them, in addition to Chicago Red Stars midfielder Vanessa DiBernardo and defender Sarah Gorden — and 10 players have never trained with the senior national team.

Bethany Balcer and the talent we don’t always see

A quartet of Stanford standouts — Sophia Smith, Naomi Girma, Madison Haley and Kiara Pickett — highlight the collegiate players, in addition to the return of University of North Carolina fullback Emily Fox to the senior team.

Kristie Mewis is the most-capped player on the roster, with 17 senior team appearances. She hasn’t played for the U.S. since 2014.

“One of our main goals heading into 2020 is to expand the player pool, but with Olympic qualifying coming up soon, we don’t have much time to do that, so this camp is a great opportunity for the players and the coaches,” Andonovski said. “For the players, it’s a chance to try to earn invitations to future camps so we can evaluate them against the veteran players, and for the coaches, it’s a very valuable few days to try to add depth to positions where we may need it.”

An early look at Andonovski’s USWNT warriors and artists

U.S. Soccer said in a press release that only domestic-based players were selected for this camp due to the short travel and recovery time. Defender Hailie Mace is listed as a Rosengård FC player but she is out of contract following the end of the Swedish domestic season.

“It’s important to reward players who have done well for their college teams and for their professional teams in the NWSL or overseas, and it’s also important for talented young players to get a taste of the National Team environment as breaking into the full team can often be a marathon and not a sprint,” Andonovski said. “Many of these players have done very well for our youth national teams and in college, but the international game at the senior level is a huge jump for them and we need to find out which of these players can make that transition.”

Gorden is the only player in the group with no international experience at any age level (youth or senior national teams). She had a standout year for Chicago in multiple defensive positions after focusing on the mental side of her game last offseason.

Will the reality of the Lyon-Reign relationship measure up to initial hype?
The Lowdown: XI things I’m thankful for this Thanksgiving