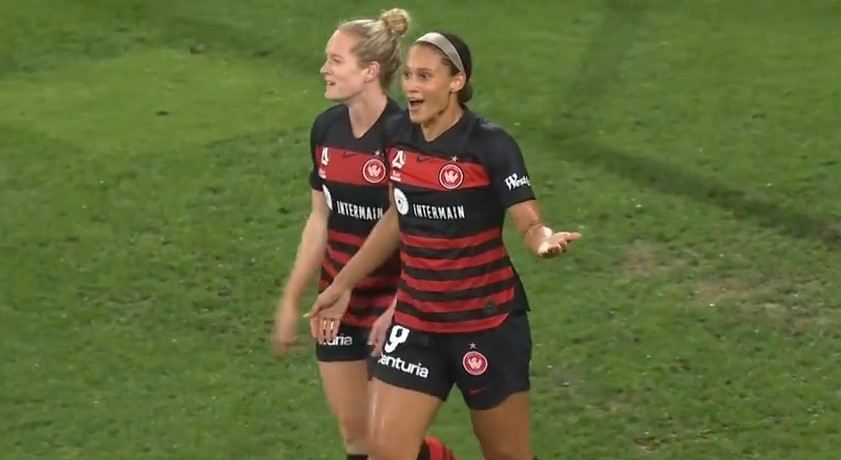 Week 2 of action from the Westfield W-League in Australia brought plenty of action. Here’s what you need to know.

Yukari Kinga, who has 100 caps and won the 2011 Women’s World Cup with Japan, created the tying goal for Melbourne City in their 2-1 win at Canberra United on November 24. With only 23 minutes left in the game, Kinga supplied a sublime 15-yard ball into the box for Serbian international forward Milica Mijatovic to run onto and she scored her first ever W-League goal in her second league game.

Seven minutes prior, Katie Stengel (on loan from Utah Royals FC) had given Canberra the lead when she followed up a long shot by Brazilian international Camilla (Orlando Pride) that rocketed off the woodwork. The ball fell nicely to the American striker in front of goal. Kinga, in her fourth season in the league and third with City, had a 91 percent passing accuracy with her 67 passes; she was fouled in the box in the closing seconds, from which Emily Van Egmond slotted home the penalty kick to give City their first win of the season.

Note: A special mention for Player of the Week must go to Melbourne Victory’s Casey Dumont, who despite surrendering two goals, was absolutely critical to her side’s 3-2 victory over Brisbane Roar (see below).

English international striker Dowie’s stunning volley in the 76th minute extended Melbourne Victory’s lead and it was ultimately the winning goal against Brisbane Roar on Nov. 21 in a 3-2 win. This was such an important win for the club that looked vastly overmatched last week in their 3-0 defeat at champions Sydney FC. This was only the Victory’s second win ever in Brisbane and fourth overall in 19 matches against the Roar (including four draws). Not only were the Victory able to put the Sydney loss behind them, they now can look forward with confidence to their trip to Japan for the first Asian Football Confederation Women’s Club Championship (see below).

Save of the Week: Casey Dumont, Melbourne Victory

Casey Dumont, starting her 10th W-League season and third with the Victory, pulled off a string of astounding saves against Brisbane Roar, including a penalty kick stop just before halftime from Tameka Yallop. Then, in the 71st minute, she made two outstanding saves within seconds from blasts by Yallop and Celeste Bourielle (Portland Thorns), the latter from the top of the box. Dumont, who finished with eight saves, started for the Roar during the first four seasons of the league, winning the Grand Final twice.

In her first game in the W-League, Lynn Williams (on loan from the North Carolina Courage) was active in attack throughout the match to power the Wanderers to a 1-0 win over the Newcastle Jets. It was their second win of the season in front of 2,992 fans at their Bankwest Stadium, which was also the first W-League/A-League doubleheader of the season.

Williams was crucially robbed of the opening goal on the half-hour mark when she was ruled offside after scoring from close range, although two Jets field players were clearly keeping her onside. Western Sydney Wanderers have won their first two games of the season, which they have never done in seven previous seasons. The club looks completely overhauled after last season’s bottom-of-the-table finish with just 4 points, and if they keep up this pace, they should qualify for the postseason for the first time in club history.

Yallop at half-century mark in goals for Brisbane

In the loss to Melbourne Victory, Tameka Yallop scored her 50th goal for the Brisbane Roar and 53rd in her W-League career. She is third among all-time W-League goal scorers, behind Sam Kerr with 70 and Michelle Heyman with 63, neither of whom is playing in the W-League this season.

Melbourne Victory are traveling to the Korea Republic this week to represent Australia in the first AFC Women’s Club Championship, having qualified by winning the Premiership (Regular Season) title in 2018/19, as a playoff format is still a rarity among Asian women’s leagues. The championship will be played in a round-robin format from November 26-30. The other three participants are the current champions from China (Jiangsu Suning), Japan (Nippon TV Beleza) and tournament hosts South Korea (Incheon Hyundai Steel Red Angels).

“It’s a real honor to be selected to represent Australia at this inaugural AFC Women’s Club Championship,” Victory head coach Jeff Hopkins said. “This tournament will provide a tremendous experience for our girls to compete on the global stage and with the support of Global Victoria, we’re looking forward to proudly representing Australia and the W-League.”

Goalkeeper Casey Dumont said succinctly, “We get to play Champions League finally, for once.”

Melbourne City made two more signings this week in Australian international midfielder Aivi Luik and New Zealand international defender Rebekah Stott, who both played this season for Avaldsnes IL, which finished fifth in the Norwegian Toppserien. Luik played in 11 matches for Avaldsnes, while Stott appeared in all 22 games during the 2019 season.

Luik played extensively earlier in her career in North America, both in college (Brescia University in Owensboro, Kentucky, and at the University of Nevada-Reno) and in the amateur leagues (FC Indiana and Ottawa Fury) as well as in England, Iceland, Norway, Spain and the Ukraine. Luik has won four W-League titles, three with Melbourne and one with Brisbane Roar in 2010/11. Stott played nine games for Sky Blue FC in 2018 and 22 for Seattle Reign FC in 2017 in the NWSL and is back for her fifth season with City, with whom she won three league titles after time in Germany with SC Sand. 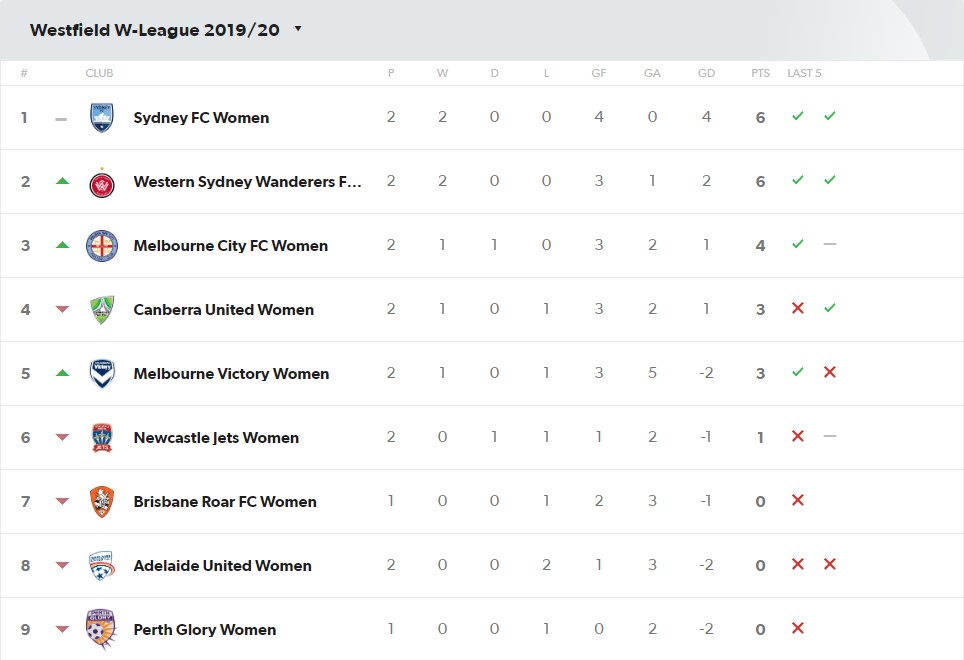 Major changes still loom for the NWSL
Will the reality of the Lyon-Reign relationship measure up to initial hype?