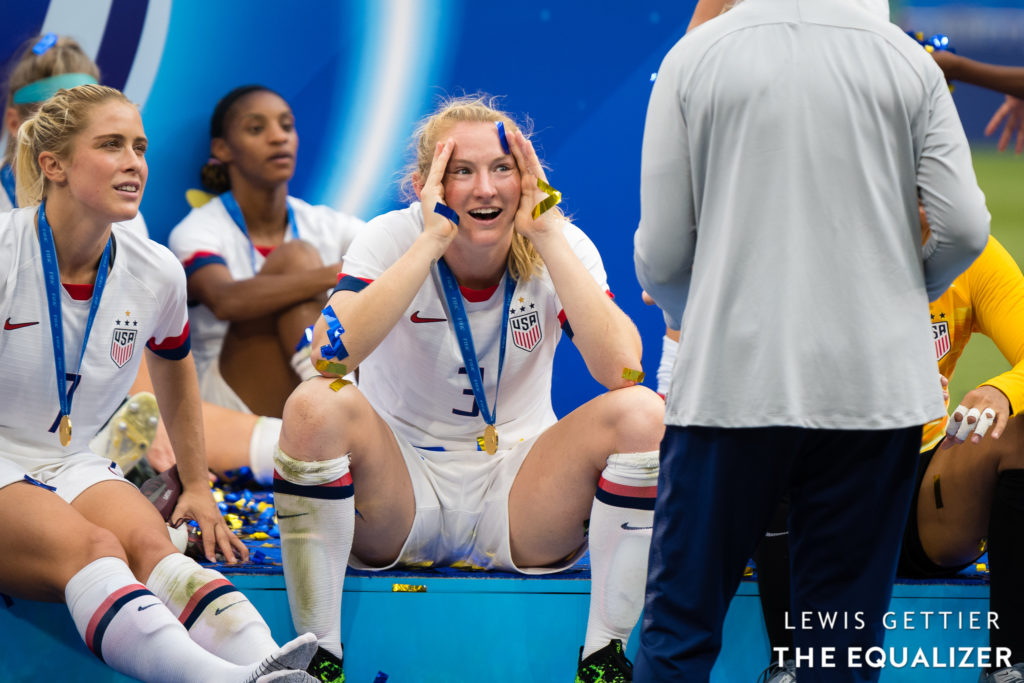 Megan Rapinoe stole the spotlight at the 2019 Women’s World Cup, rising to the occasion in crucial moments for the United States and owning the greater conversation around the sport and gender equity. Her iconic celebration is one of the lasting images of the tournament, and her play led to her being crowned The Best FIFA Women’s Player in September.

She was hardly the only player to shine in France, however. And it could be soundly argued, she wasn’t the most consistent player throughout the tournament — even among her own teammates.

Rose Lavelle, who won the Bronze Ball for the tournament, captured the attention of a world still mostly unfamiliar with her.

Julie Ertz commanded the midfield for the Americans four years after she was a breakout center back at the 2015 World Cup.

But while all those players were among the best, statistically, it was another player who stood head and shoulders above the rest: Sam Mewis.

This week, in conjunction with Soccerex USA, we’re highlighting analytics partner GoalPoint’s statistical data from 2019 World Cup. It reveals that Mewis, who just turned 27 in October, was the player of the tournament based on several key performance indicators.

Perhaps that won’t come as a surprise to the most astute followers of the U.S. national team and the National Women’s Soccer League, where Mewis plays for the North Carolina Courage. U.S. director of talent identification B.J. Snow revealed in 2018 that Mewis had taken an expensive soccer IQ test and ranked among the top 1 percent in the world — men and women included — among those who had taken it. 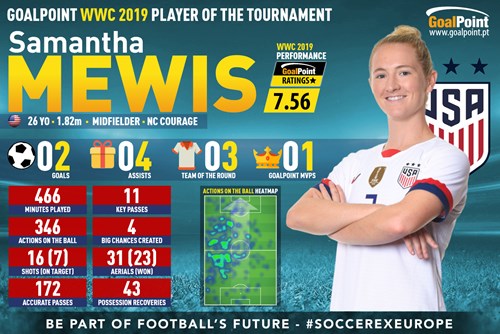 Mewis’ game is more nuanced than that of the mercurial Rapinoe or crafty Lavelle, but Mewis’ effect on the game can still be captured statistically. Mewis’ 43 recoveries at the World Cup ranked second to only Crystal Dunn’s 45 (but with 74 fewer minutes played for Mewis).

Her 38 defensive actions show how much she helped in defense. And what about Mewis’ aerial dominance? She was involved in 31 aerial challenges in France, winning 23 of them (74.2%); 15 were offensive efforts and 16 were an attempt to win the ball back, a representation of the balance of her game.

GoalPoint ranked Mewis as the best U.S. performer in the U.S. 2-0 win over Netherlands in the World Cup final, rating her 7.1 out of 10. Her overall tournament rating was 7.56. 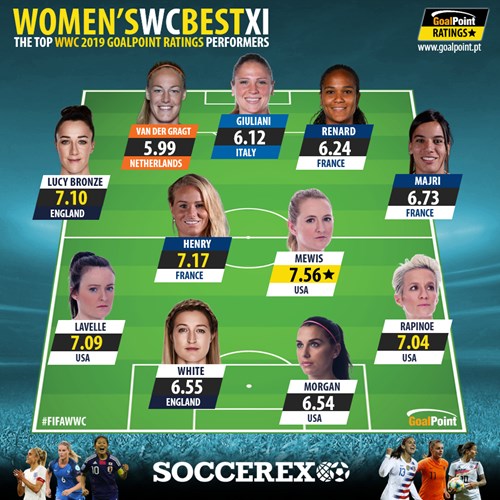 In-depth on the 2019 World Cup Best XI, via GoalPoint data: 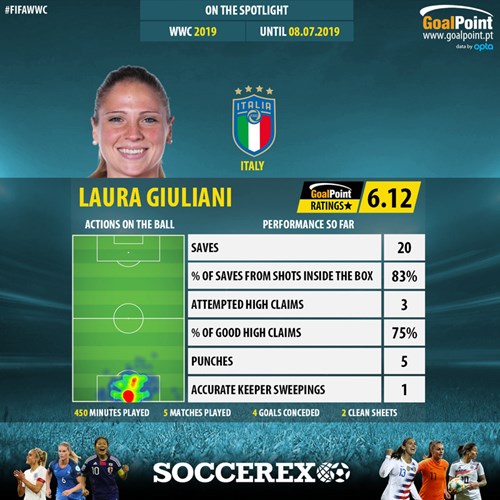 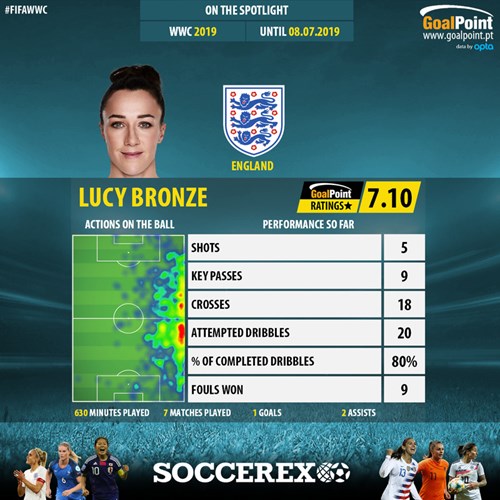 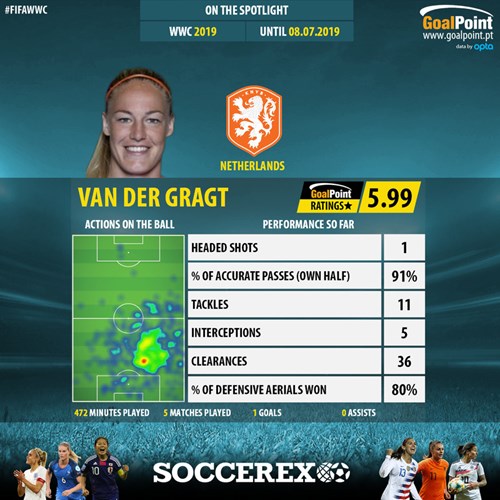 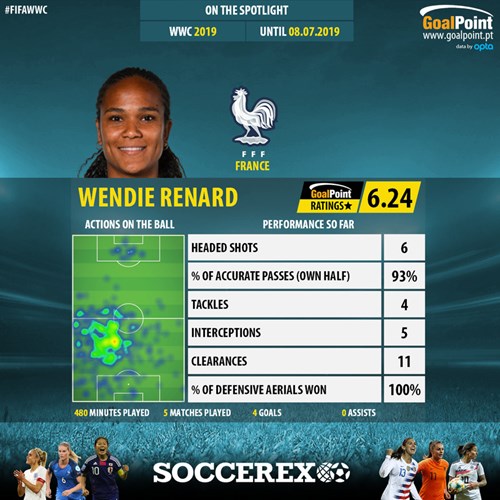 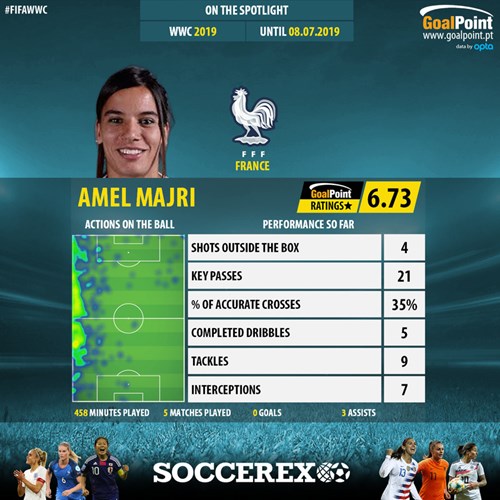 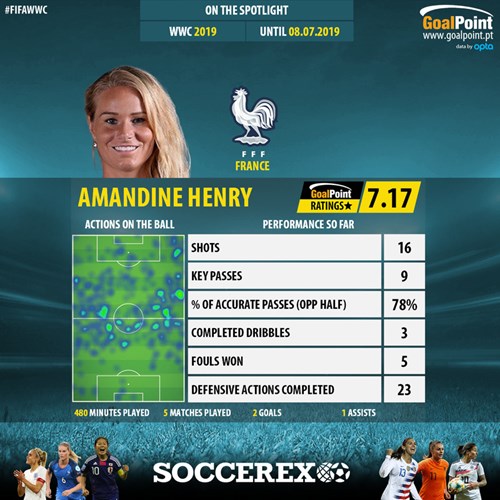 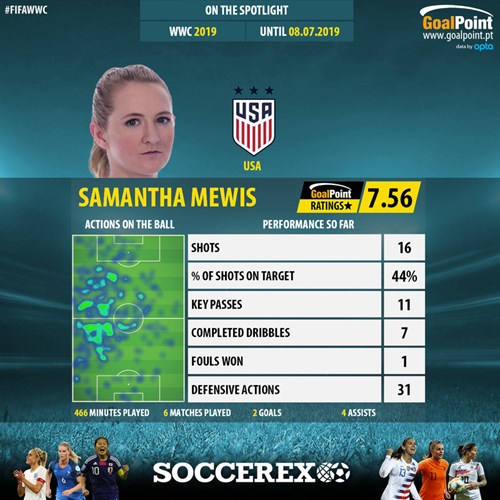 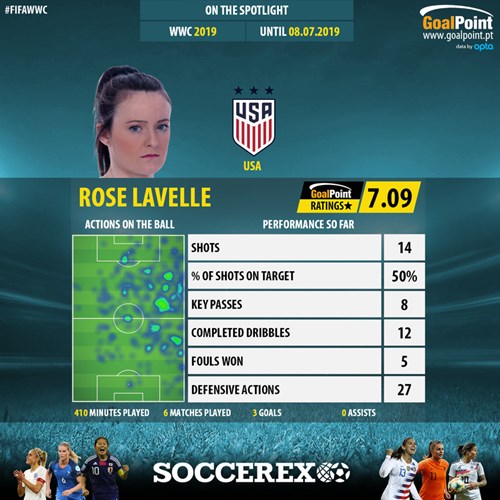 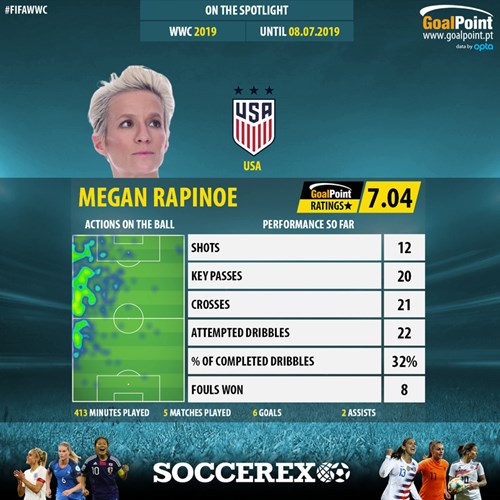 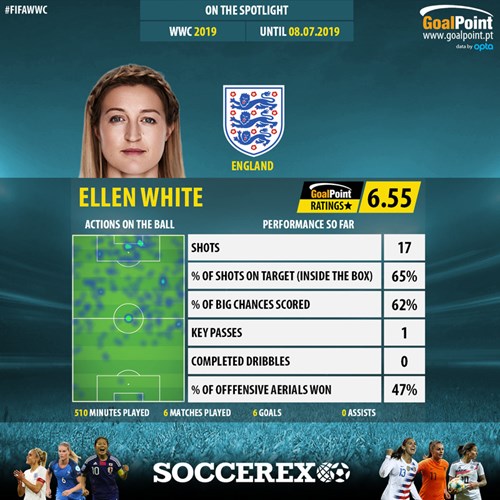 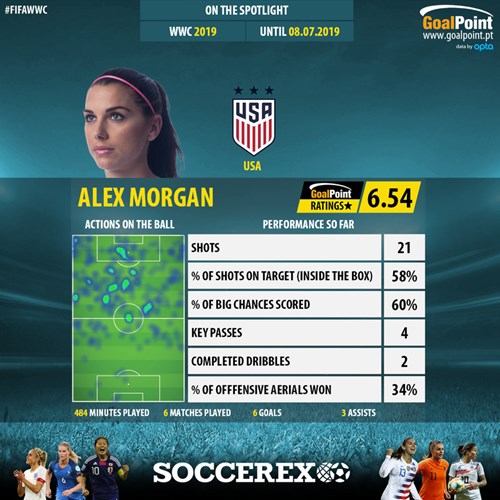