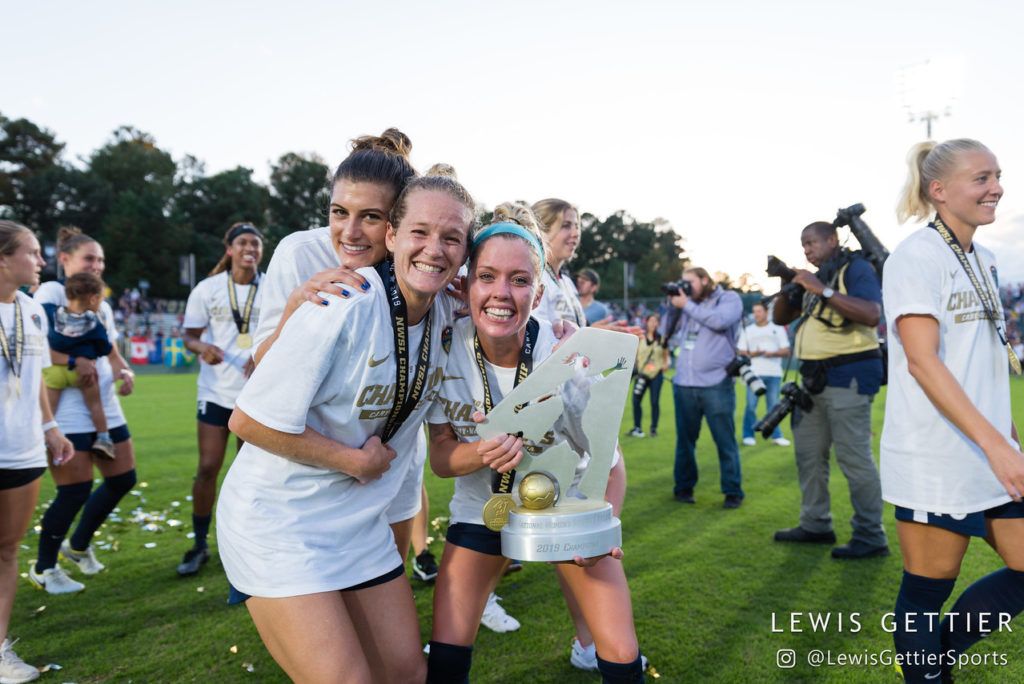 Denise O’Sullivan is staying put in North Carolina. The Courage midfielder — who was named the club’s Most Valuable Player in 2018 and 2019 — signed a multi-year contract. No terms of the contract were released.

Sullivan signed with the team in 2017. In three seasons, she’s made 69 appearances, totaling more than 3,000 minutes. O’Sullivan helped the Courage lift up the NWSL Championship trophy in the last two seasons, and also made a run to the final in her first Courage season. Before joining the Courage, O’Sullivan featured for the Houston Dash in 2016.

A native of Cork, Ireland, O’Sullivan was called a massive influencer by her head coach, Paul Riley.

“She is one of the first names on the team sheet every week,” Riley said. “She is a massive influencer in the way we play. She allows our creative and impact players to show their talents. She has a genius soccer IQ that makes her a brilliant reader and manipulator of the game. She is a tremendous footballer and passer of the ball and she breaks up the opponent’s playmaking ability with an intuitive reading of the game.”

Internationally, O’Sullivan has made 74 appearances for the Irish national team. O’Sullivan was recently awarded Ireland’s Women’s Senior International Player of the Year award by the federation. She joined the team for its UEFA EURO qualifying this month, where Ireland picked up a 1-1 draw against Greece. Ireland will take on Greece again in March, followed by a match against Montenegro.

“Her development and growth have been accelerated by her determination to succeed on the highest stage and she is a fabulous signing for our club,” Riley said. “She is the spine, the engine, and the consistency that’s made the Courage a tough team to play against.”

O’Sullivan could very well be the most unknown player in the wide-range of NWSL midfields, though. Riley called her the “biggest gift we ever got.”

And the recognition keeps on flowing…

The Equalizer returns to Soccerex USA this week to discuss ‘The Unstoppable Rise of Women’s Soccer’
2020 NWSL College Draft Prep: Testing for pressure