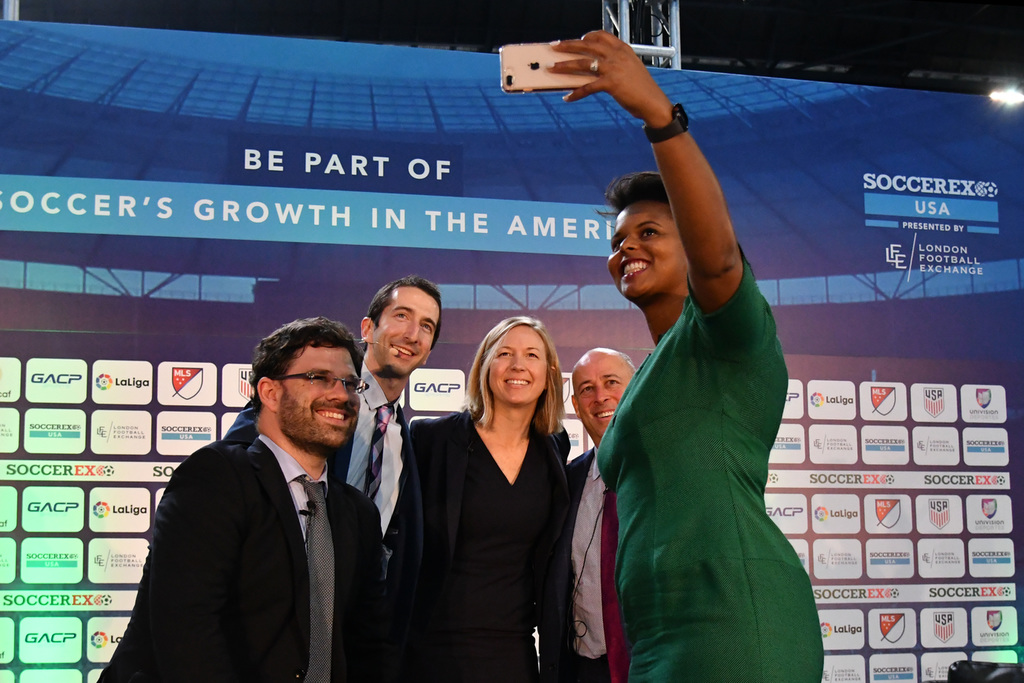 It’s Year 2 of Soccerex USA in Miami, and The Equalizer is back again hosting another panel on the state of women’s soccer.

This year has been transformational for women’s soccer. The World Cup in France lived up to the hype and created a wave of new interest worldwide. We’ve seen that in record attendances across the globe. We’ve seen it with increased viewership. We’ve seen a rise in player wages in the NWSL and new deals in other countries. And we’ve seen it through new commercial activation from sponsors finally getting on board. Of course, there’s still a long way to go.

Our panel will discuss some of the different data points coming out of the 2019 World Cup, with views from each panelist’s specific field: a league level, a confederation level, a player’s perspective and a marketing perspective. We’ll discuss what’s next for Concacaf after the World Cup, the NWSL’s rise in popularity, and how Budweiser both got on board with the league and became a marketing partner to help find more sponsors.

We’ll also follow up on our discussion from last year, when we previewed what the World Cup could mean for the sport. It’s safe to say that the event delivered in many ways. Duffy, LeBlanc and I were joined by La Liga women’s football director Pedro Malabia and Portland Thorns/Timbers president of business Mike Golub.

Last year, we took some questions from the audience at the end of our time on stage, and it led to some great discussion. We’ll do that again this year — and I’m also putting out a call for questions here and on social media. We’ll only have 40 minutes on stage, so we obviously won’t be able to talk about everything, but please pass along your question and we’ll see if we can get to it on stage. I’ll also aim to answer some of them in the next EQZ Extra subscriber Q+A, and we’ll have some exclusive content coming out of the event. A video recap of the panel will be available following the event.

Soccerex USA is an annual gathering of over 2,000 delegates and experts from over 90 countries in all sectors of the sport. It’s a staple on the calendar along with Soccerex China and Soccerex Europe. Discussions for panels at this week’s event include analyzing trends in fan culture and engagement, the changing media landscape, grassroots development, and the future of technology. A full program can be found here.