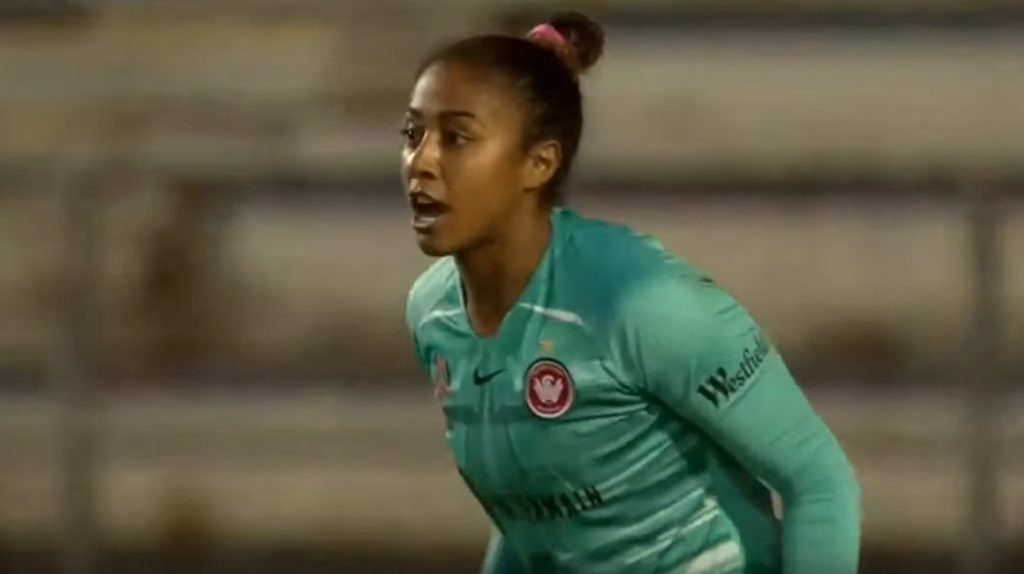 The 2019-20 Westfield W-League season is officially underway. Just like in years past, we’ll be bringing you a weekly roundup of everything happening in the league, with a particular eye on Americans and players on loan from the National Women’s Soccer League.

Missed our huge W-League season preview? Read it here. This is what went down in Week 1:

Remy Siemsen, a U-20 international for Australia, scored two early goals in the opening 22 minutes to put Sydney FC well on their way to a 3-0 victory over Melbourne Victory on Sunday. Siemsen, 20, was the league’s Young Footballer of the Year with Sydney FC in 2016-17. She played last season with the Western Sydney Wanderers and in 2018 had nine goals in eight matches for the WPSL’s longtime power California Storm.

Sixteen-year-old Mary Fowler of Adelaide United deserves special mention, playing poised and innovatively in her first ever W-League match against the Western Sydney Wanderers, and providing a focus for the Reds’ attack. She earned a penalty kick which she took with aplomb past Abby Smith to give Adelaide the lead in the 39th minute. The Wanderers ended up winning 2-1, but Fowler showed why she already has four caps at the senior national level for Australia. It’s no wonder why many are viewing her as a generational player. The Cairns native joined Adelaide this season from state league club playing along with her older sister, Ciara (18), who has played at the youth level for the Republic of Ireland. Mary Fowler’s impressive play should give heart to the South Australian club that lost last year’s top scorer Veronica Latsko (nine goals) to champions Sydney FC ahead of this season.

Australian  youth international Teigan Collister blasted a shot from the top of the penalty box past Melbourne City goalkeeper Lydia William in the 67th minute in Newcastle United’s 1-1 home opener against City, which was their first ever point against Melbourne City since the Melbourne club entered the league in 2015/16. Steph Catley had a shot hit the woodwork for City a few minutes before Collister’s goal, as did Claire Emslie in injury time, while Nicki Flannery did the same in the 73rd minute for the Jets.

What a goal! This strike from Teigan Collister levelled things up for the Jets midway through the second half #NEWvMCY #WLeague #MadeOfNewcastle pic.twitter.com/kfNarg5DTL

Save of the Week: Abby Smith, Western Sydney Wanderers

Recent signing Abby Smith stepped right into the starting lineup at Western Sydney Wanderers and was a key force in goal as the Wanderers won their first ever opening game in their eight seasons in the league. She had seven saves in the match, and none were more crucial than when she parried a blast from fellow American and Utah Royals teammate Mallory Weber in the last minute of regulation time, in her first W-League match.

Smith also denied Fowler on a couple of blasts in the teenager’s first ever W-League match. Fowler, who was on Australia’s Women’s World Cup squad in France this past summer but did not play, was referred to by the Fox-TV announcer as “a budding superstar” and scored Adelaide’s only goal from the penalty spot. Fowler used a stutter-step move in the run-up on the penalty kick and then buried her shot into the far corner past Smith. The Wanderers then won the game on 17-year-old Australian youth international Kyra Cooney-Cross’ long free kick from well outside the penalty box that went untouched through traffic into the net. Cooney-Cross joined the Wanderers after a season with Melbourne Victory.

The Portland Thorns loanee scored two goals within the first 11 minutes in her first ever W-League game to power Canberra United to a 2-0 victory over Perth Glory on opening weekend in front of 1,482 fans. Canberra, with many new faces in their lineup — particularly with their imports — dominated Perth on the attacking end, with 15 shots to Perth’s 4 (6-1 for shots on goal).

Simone Charley begins her Westfield #WLeague career with a bang! 🔥

On Nov. 9, the Australian women’s national team faced Chile in Sydney, playing at the new Bankwest Stadium, a purpose-built football stadium for the Western Sydney Wanderers of the men’s A-League and women’s W-League. Sam Kerr, who announced last week that she is signing for England’s Chelsea and former Chicago Red Stars (WPS) manager Emma Hayes, scored twice as Australia prevailed 2-1, with Chile scoring late through Camila Saez (Rayo Vallecano in Spain) in the 89th minute.

The game attracted a record stand-alone crowd of 20,029 for a Matildas game; the previous record was 16,829 set in 2017 when Australia beat Brazil in Newcastle. Jenna McCormick (Melbourne Victory) started the game in central defense for her first ever appearance for the Matildas, subbing out with a few minutes left for Emma Checker (Melbourne City), who also made her senior debut

Australia won the second match in Adelaide on Nov. 12 by a narrow 1-0 margin in front of 10,340 at Coopers Stadium from an Emily Gielnik (Bayern Munich) goal in the 23rd minute. Kerr had a penalty kick saved just before the end of the first half by Chilean backup goalkeeper Natalia Campos. Campos plays for Fundacion Albacete in the Spanish second tier after transferring from Universidad Catolica at home earlier this year. Kerr has scored 40 goals in 41 club and international matches in 2019, including 11 in 11 Matildas games this season.

New CBA for the Matilda players

The Matildas agreed to a new four-year contract with the Australian Football Federation (FFA) that is “blind to gender” and guarantees equal shares of revenues with the men’s national team (the Socceroos). Both the men’s and women’s sides will receive a 24% share of national team generated revenues in 2019-20, increasing one percentage point each subsequent year. In addition, a new three-tiered centralized contract system will see the women’s national team players provided with annual salary increases from around AU $66,000 ($45,000 USD) to AU $100,000 ($68,000 USD), which is the same as the top male players. Ancillary benefits will also be open to both the men’s and women’s teams, including business-class flights, training facilities and specialist performance support staff. For qualifying for a FIFA World Cup, the national team members will receive 40% of the prize money to share (which was 30% for the 2019 Women’s World Cup) and can rise to 50% at the knockout stage.

Former Matildas and current W-League game television announcer Sarah Walsh said, “FFA, the PFA (Professional Footballers Association) and all the players are proud to be leading the way in delivering real gender equality within the game we love. This agreement is the product of generations of Matildas and their supporters advocating for real change. This moment belongs to all of them as well.”

Current Matildas and Brisbane Roar midfielder Elise Kellond-Knight, who played with Reign FC and the Washington Spirit in the NWSL in 2019,  added, “This new deal is enormous. As a female footballer, it’s what we’ve always dreamed of. We’ve always wanted to be treated equal. We want to be able to step out onto that pitch with equal opportunity and with equal facilities that men have been exposed to. So as a player, the new CBA shows signs of respect. Now we’re going to be completely included. Having these facilities that the men have is going to set us up for success.”

Some new signings since our 2019/20 W-League preview was published last week include American goalkeeper Abby Smith of the Utah Royals joining Western Sydney Wanderers in her first club duty abroad. Smith did not play any games this season for Utah but played 17 games in 2018.

Canberra United signed Brazilian international and 2019 Women’s World Cup team member Camila on loan from the Orlando Pride, where she had one goal in 16 appearances in 2019. Canberra also signed American defender Kaleigh Kurtz on a season-long loan from the North Carolina Courage. She played in nine regular-season games in 2019 and six in 2018 for the Courage, who won the league title both seasons. Previously, she played at the University of South Carolina.

Perth Glory made three new signings from the NWSL this past week. American forward Crystal Thomas had three goals in 13 games for the Washington Spirit this season. Thomas played at Georgetown University and the University of Notre Dame and then with Valur in Iceland and Medkila II in Norway.

Mexican international Arianna Romero joins from the Houston Dash. She played in all 14 games for Perth in 2016/17, when they lost to Melbourne City 2-0 in the Grand Final. Perth head coach Bobby Despotovski also added Spanish international Celia Delgado after a 2019 NWSL season with Reign FC in which she appeared in 13 games. Delgado has played 24 times for her country and was part of Spain’s team at both the 2015 and 2019 FIFA Women’s World Cups.

Adelaide Untied signed Brazilian midfielder Lais Araujo (23) from Norwegian top-flight club Arna-Bjørnar; she scored twice in 21 games this season. She previously played two seasons at the University of Florida in 2017 and 2018 where she made 44 appearances with seven goals and seven assists. She played in the 2016 U-20 Women’s World Cup for Brazil in Papua New Guinea.

Melbourne City signed Serbian international midfielder Milica Mijatović from Arna-Bjørnar of Norway’s Toppserien, where she scored seven goals in 21 appearances in 2019. Mijatovic (28) represented Hammarby IF in Sweden (11 appearances) after two seasons (2016-2018) at ASPTT Albi in France. Before that, she played with clubs at home and Kazakhstan power BIIK-Kazygurt. She has 33 appearances for the Serbian national team since making her international debut in 2011. 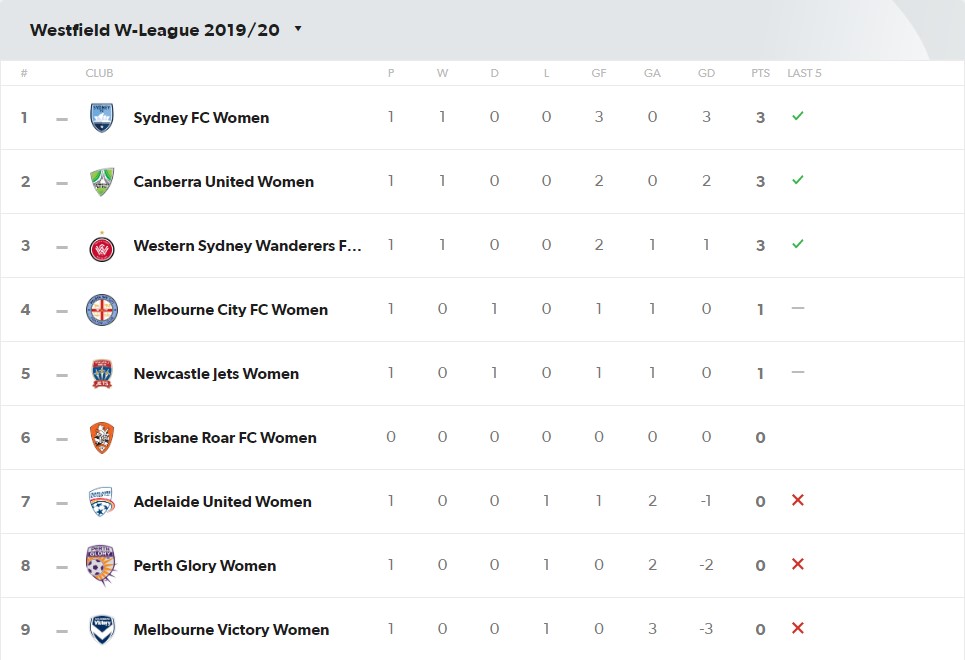