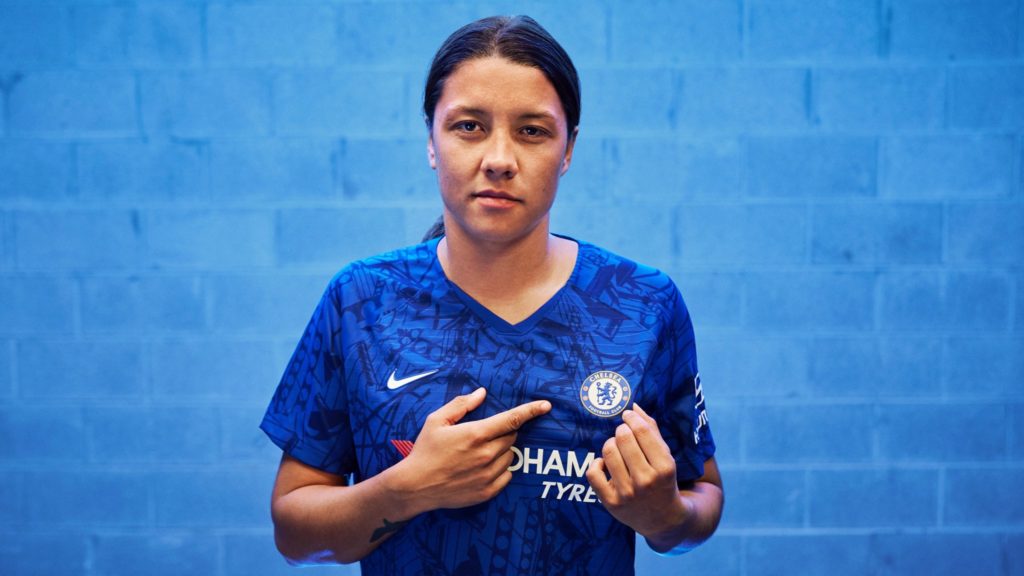 Sam Kerr is officially headed to Chelsea. The long-anticipated news was made official by the club and the player on Wednesday morning, bringing the 2019 National Women’s Soccer League MVP to the London-based Women’s Super League side. Kerr will officially join Chelsea during the winter transfer window. Her contract runs through the end of the 2021-22 season.

Kerr played in NWSL since its inaugural season in 2013 and her 77 regular-season goals are the most in league history. She spent the past two seasons with the Chicago Red Stars, leading them to the 2019 NWSL Championship game, where they fell to the North Carolina Courage. Kerr won the Golden Boot the past three NWSL seasons, breaking her own record for single-season goals in 2019 with 18.

But a thirst for a new challenge has long been on the mind of the 26-year-old Australian. She played in her native W-League since 2008 and she has won everything she could there. Still, she hasn’t garnered as much respect in Europe, a continent whose players, outside the omnipresent U.S. women’s national team players, have dominated individual world awards. Kerr has been on the outside looking in.

Enter Chelsea. Kerr was the most sought-after player in the women’s game this year and the subject of transfer speculation for most of the year. She shook off most of the transfer speculation this year out of respect for Chicago, but that did little to cast doubt on her next destination. Kerr said in an interview released by Chelsea on Wednesday that “once I had my eyes set on Europe, it was kind of an easy decision to choose Chelsea as a club.”

“It was honestly the relationships I had with people around the club,” Kerr told chelseafc.com. “Talking to [Chelsea coach] Emma [Hayes] was really the main thing. I felt like I could trust her and I felt like the club is doing everything possible to make me happy and make the transition as easy as possible.

“It’s exciting. I wanted to come to the club and Emma gained my trust pretty quickly and that’s really important with me. She’s already been on my back about certain things and that’s what I want, I’m coming here to become a better player and yeah I’m excited.”

Among other clubs rumored to be in the mix were Spain’s C.D. Tacon, which was bought by Real Madrid and will transition to that branding next season. But that never seemed like more than negotiation leverage. Tacon is having a horrendous domestic season and won’t qualify for the Champions League next year. Chelsea failed to qualify this year, but currently lead the league early in the 2019-20 campaign and are determined to return to continental competition in the 2020-21 season.

Kerr and Chelsea, led by coach Emma Hayes, want to win the WSL and get back to European competition, where the striker really wants to make her mark. Chelsea narrowly lost to Lyon in the 2018-19 semifinals, 3-2 on aggregate. Lyon went on to win a fourth straight European crown.

“Sam has proved time and time again in the NWSL that she is a prolific goalscorer,” Hayes said in a statement. “She’s won the golden boot many times and she’s a player that can make things happen, but she’s also a fantastic team player.

“The fact she chose Chelsea when she could have gone to any club in the world is a testament to the players and the staff here because she saw this is the best place for her to grow and take the next step in her career. That’s a wonderful compliment to us all.”

Proof Louisville FC is… really about to be an NWSL team name
Presenting your massive, in-depth 2019-20 Westfield W-League preview