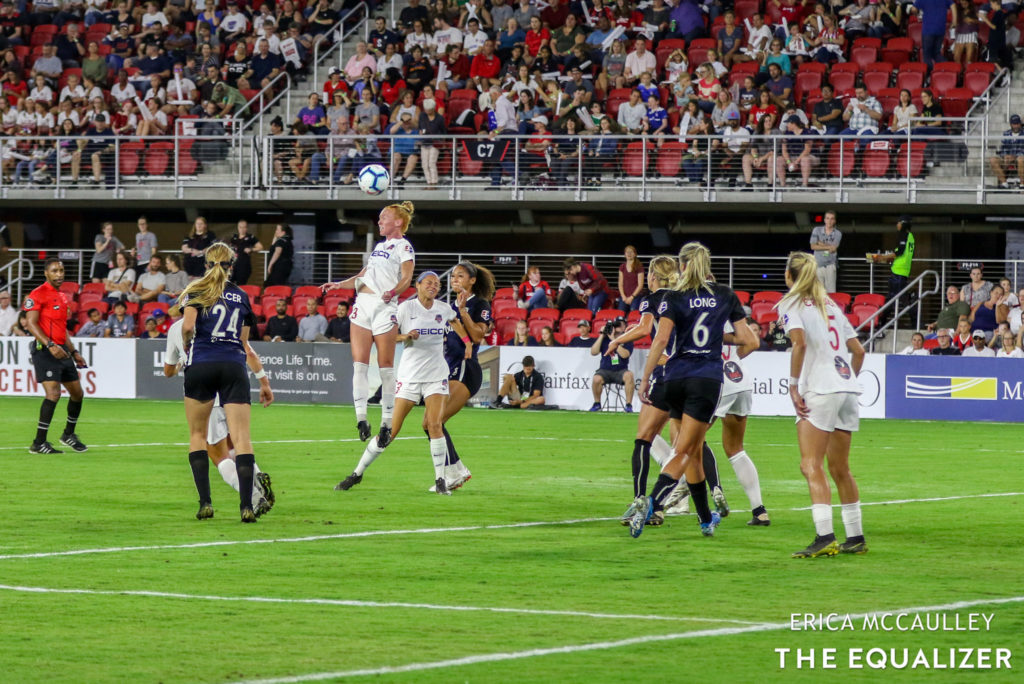 Baldwin said the Spirit will offer location-specific ticket packages, as well as offering round-trip transportation from Germantown, Maryland, to respective games at Audi Field and Segra Field. “The Spirit will also begin a program to cover the cost of tolls for fans traveling to Segra Field from outside Loudoun County,” according to a press release.

“In 2022, we’ll see what happens,” Baldwin said at the press conference. He continued: “I want to be transparent with everybody. Our objective for our players is to have them play on the biggest stage possible every single match. So, Audi Field is that destination.”

The Spirit will continue training at the Maryland SoccerPlex in Montgomery County, Maryland, in 2020 but in 2021 will move their training base and operations to Loudon County, Virginia, where MLS’ D.C. United is building a training facility. Baldwin said he’s committed to hosting a preseason game at the SoccerPlex each year beyond 2020.

Baldwin said players were consulted during the process, including in regards to playing on turf, and they are “fully supportive of the decision.” The Spirit will have their own locker room at Audi Field.