An early look at Andonovski’s USWNT warriors and artists 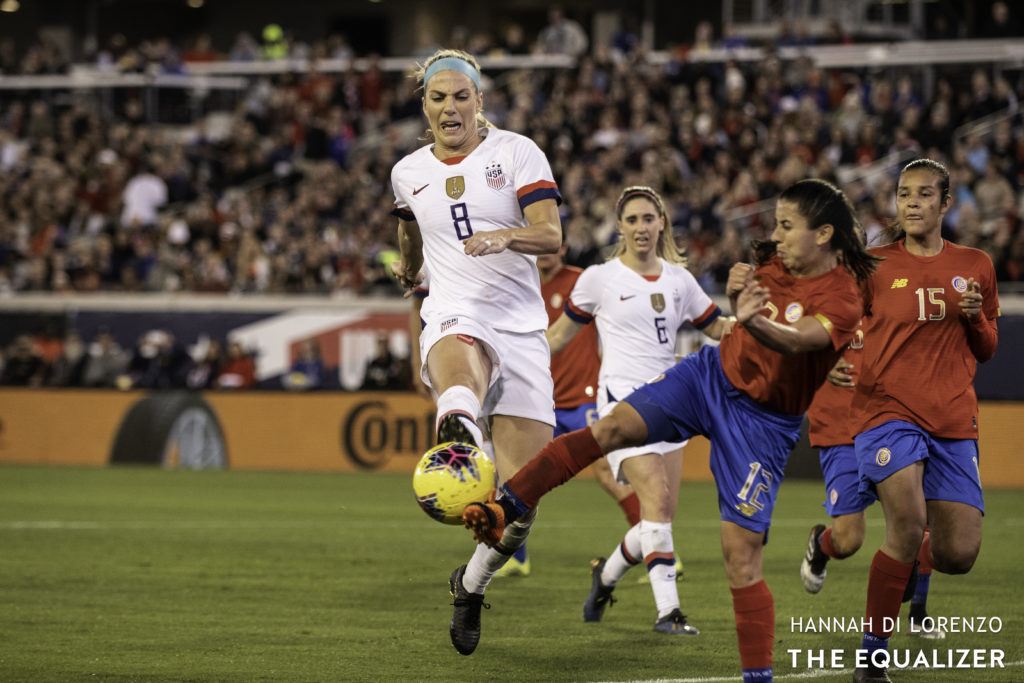 “True warrior. Absolute warrior,” Andonovski said. He was describing Julie Ertz, who played 45 minutes as a defensive midfield in the U.S.’ 3-2 victory over Sweden that evening in Columbus, Ohio.

Such words have been used before to describe Ertz. She’s a ruthless ball-winner who might just have been the most important player in the star-studded U.S. team’s run to a second straight World Cup title earlier this year. She can win 50-50 balls in midfield, snuff out attacks as a center back and score goals with her head — and she frequently does all of those things in one game. And she’s tough. The sight of her playing with a bloody gauze pad hanging from her mouth earlier this year was neither surprising to observers nor bothersome to Ertz.

But Andonovski wasn’t talking about the physicality of his midfielder in a traditional sense. He was, in general terms, but the word “warrior” meant something more.

The Equalizer Podcast, Episode 84: The Andonovski Era
Knowing no limits: Soccer before and after Sam Kerr